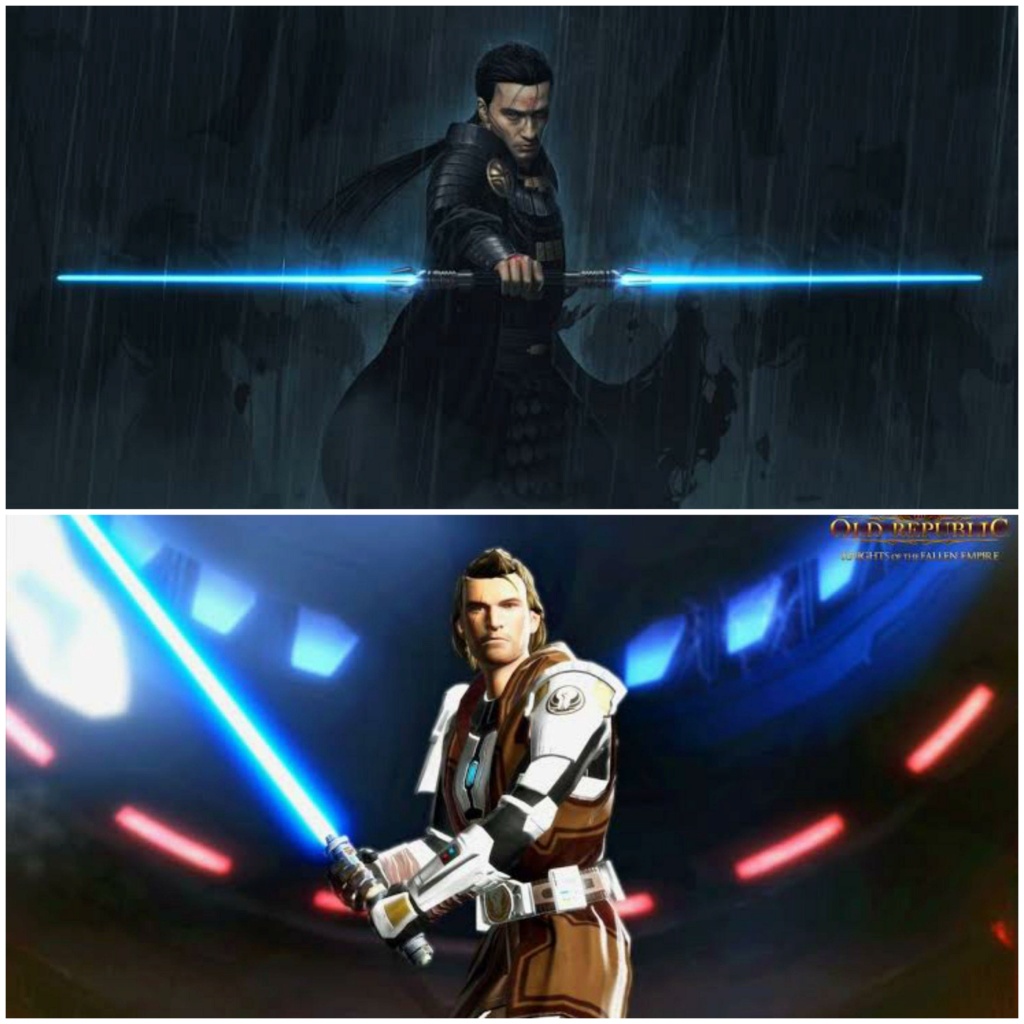 Exar Kun as of Tales of the Jedi: The Sith War #6
Hero of Tython as of The Old Republic: Shadow of Revan 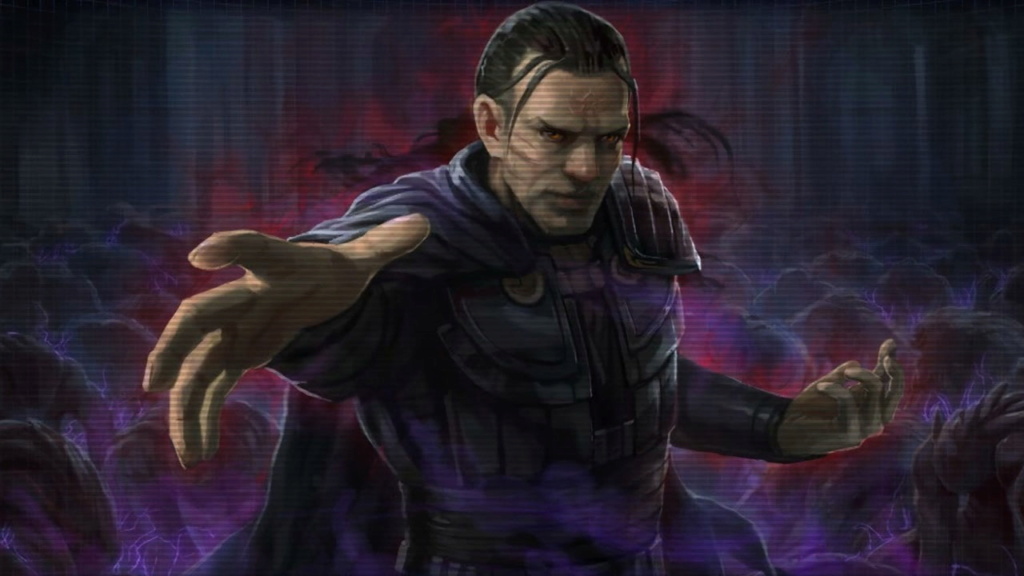 THOUGH UNABLE TO DEFEAT HIM ENTIRELY, THE JEDI WERE ABLE TO IMPRISON EXAR KUN’S SPIRIT IN THE TEMPLES ON YAVIN-FOUR. FROM WHAT WE KNOW, IT REMAINS THERE TO THIS DAY.
The power levels regarding Shadow of Revan are established quite strongly: 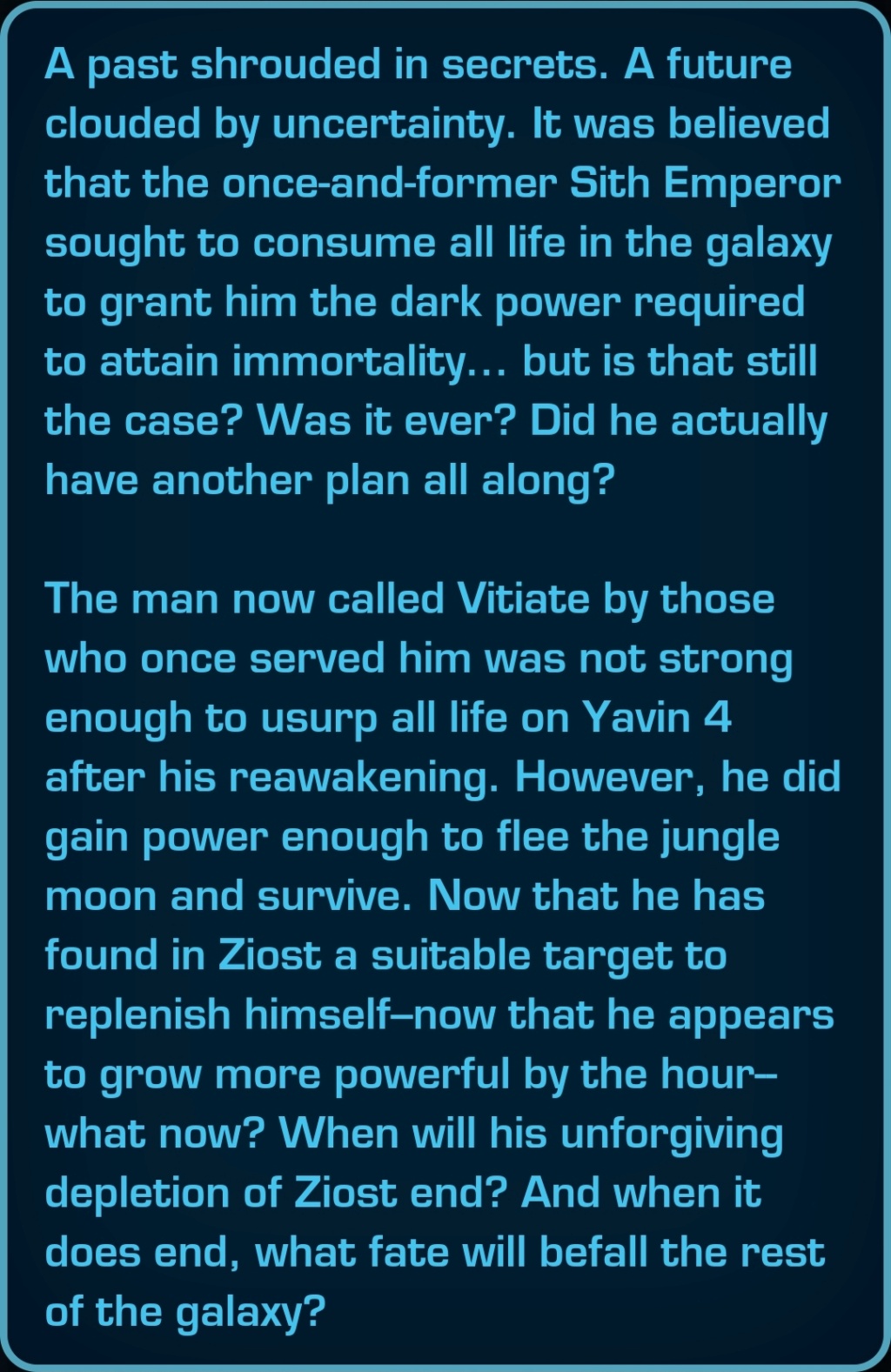 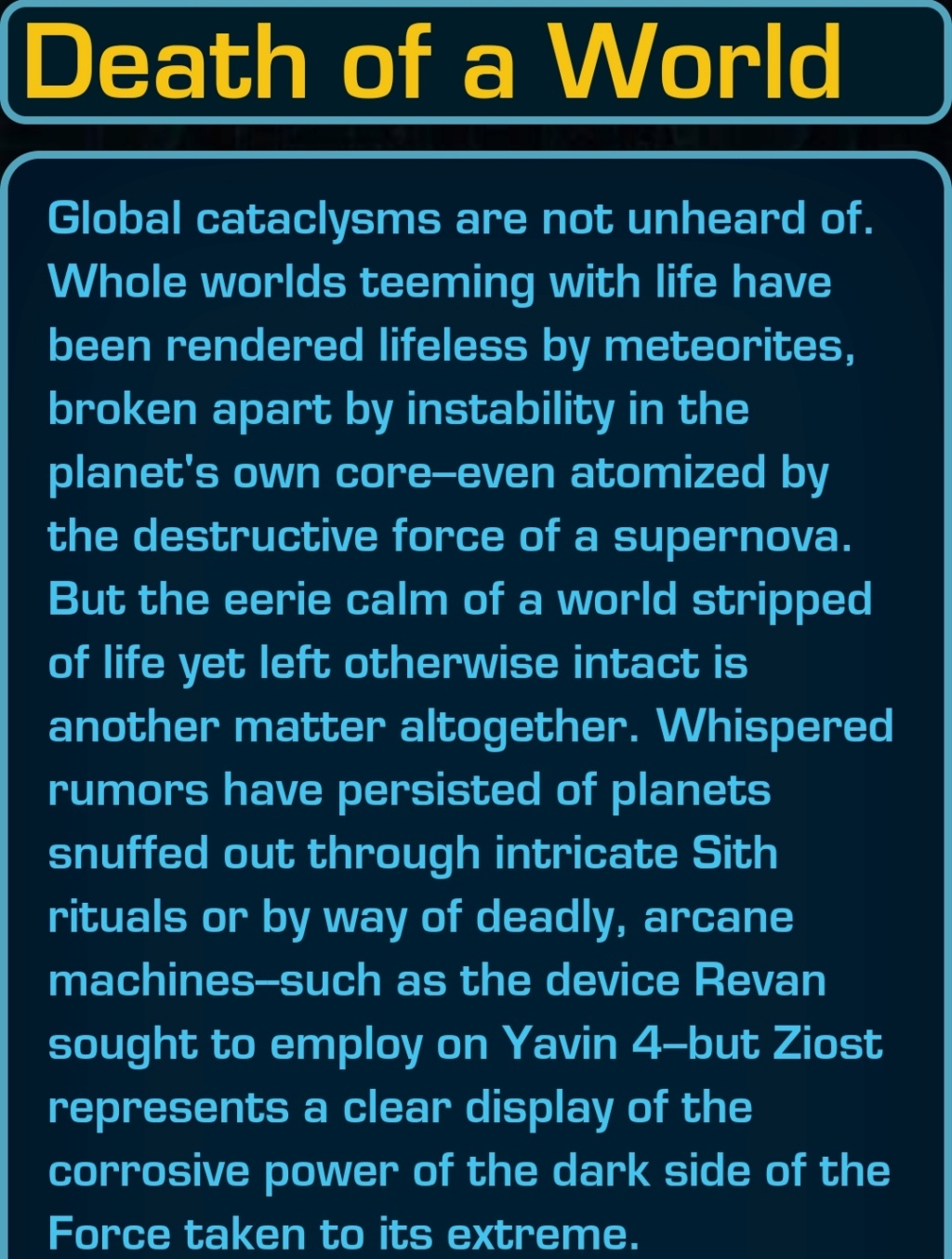 The Old Republic: Shadow of Revan wrote:"A 'device for mass ritual sacrifice'? That's seriously what he called it?"

"Capable of killing every living thing on this moon, as fuel for the Emperor's resurrection."

Awakened Vitiate isn't strong enough to wipe Yavin IV of all life and must restore his power on Ziost before he can destroy that world. Revan isn't able to fully destroy Yavin IV without the Machine Core but it would be 'bad'. Even with the Machine Core, it is not on the level of Ziost.

Per The Old Republic material, Exar Kun was able to use a ritual to absorb whole armies so that his spirit could withstand the Wall of Light that had been directed at him and which had reduced the world to 'smoldering ruins' that had no life 'left to give': 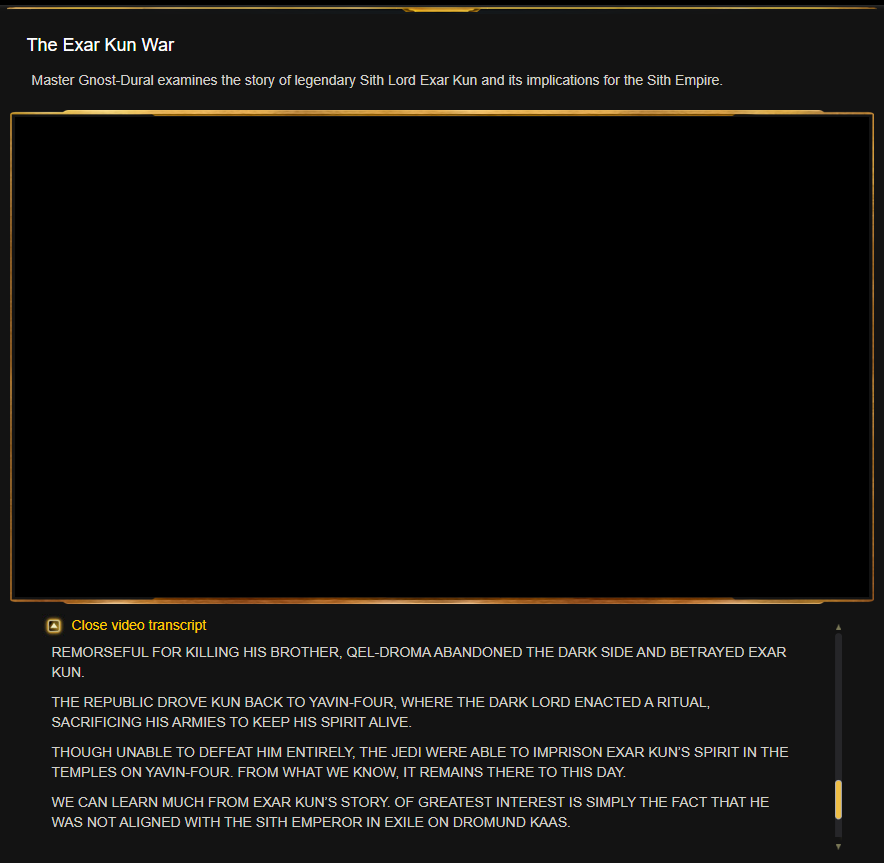 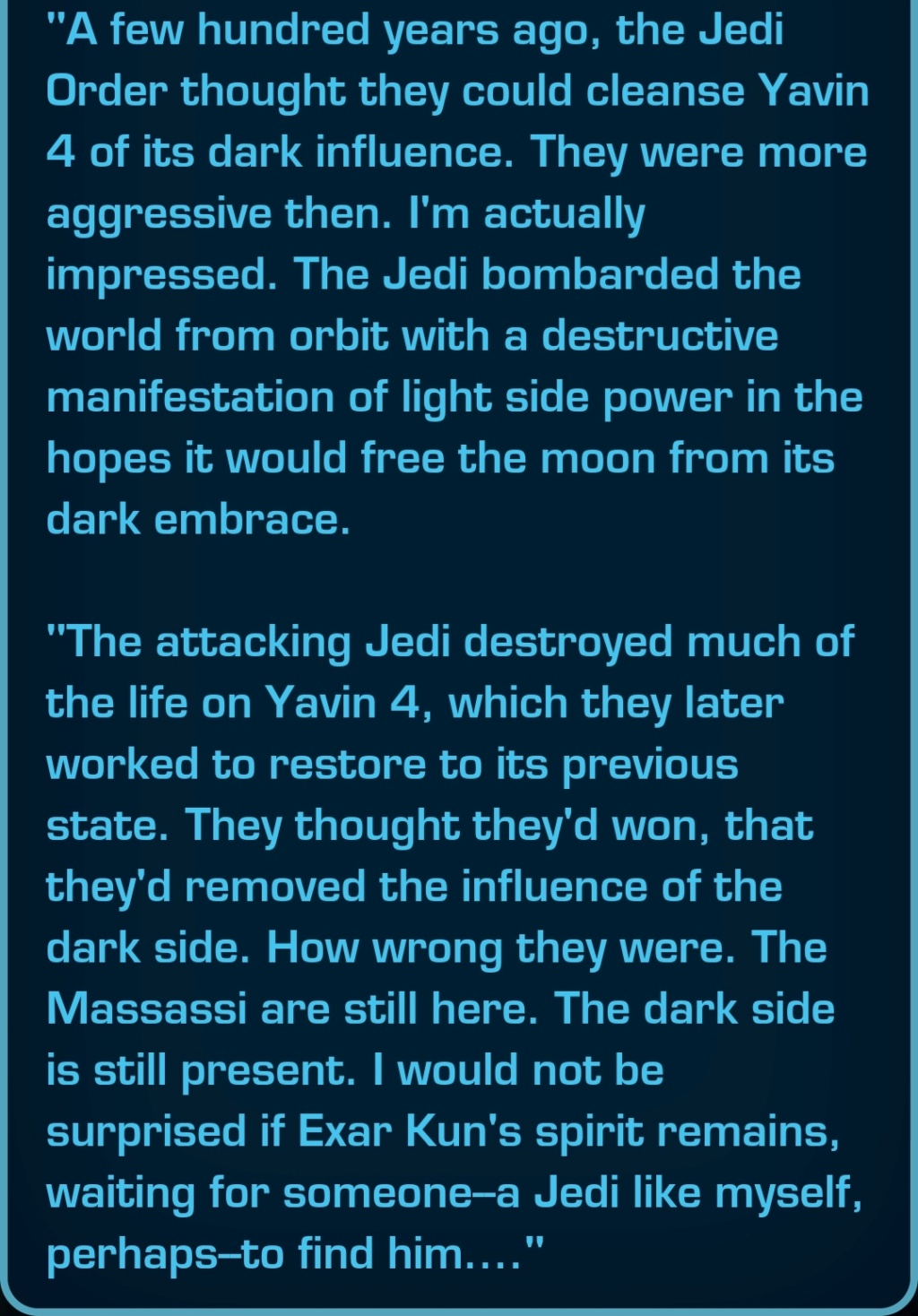 The ritual itself is alluded to be similar in function to that of Tenebrae's: 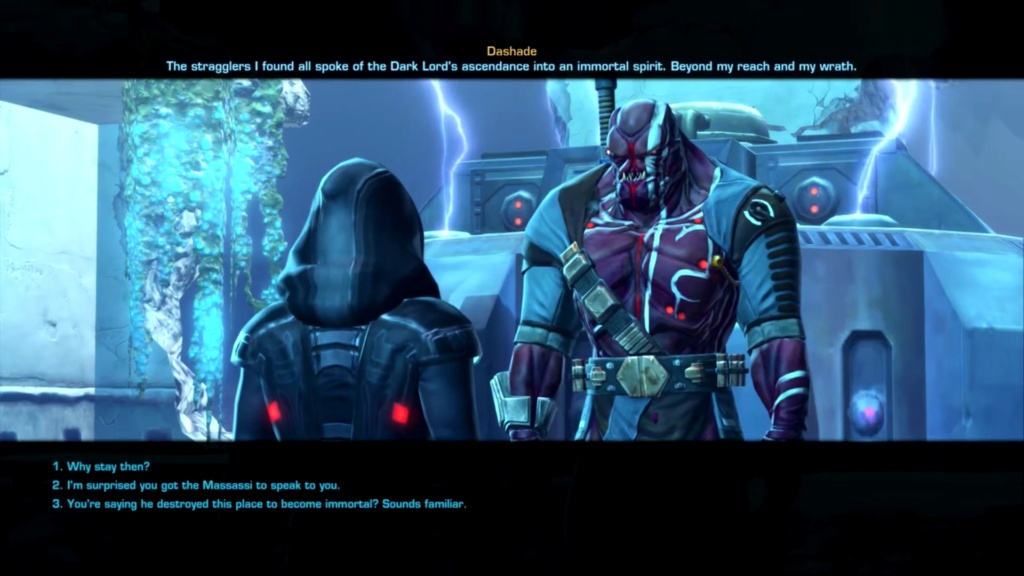 That is, ascendance into an immortal spirit via mass ritual sacrifice: 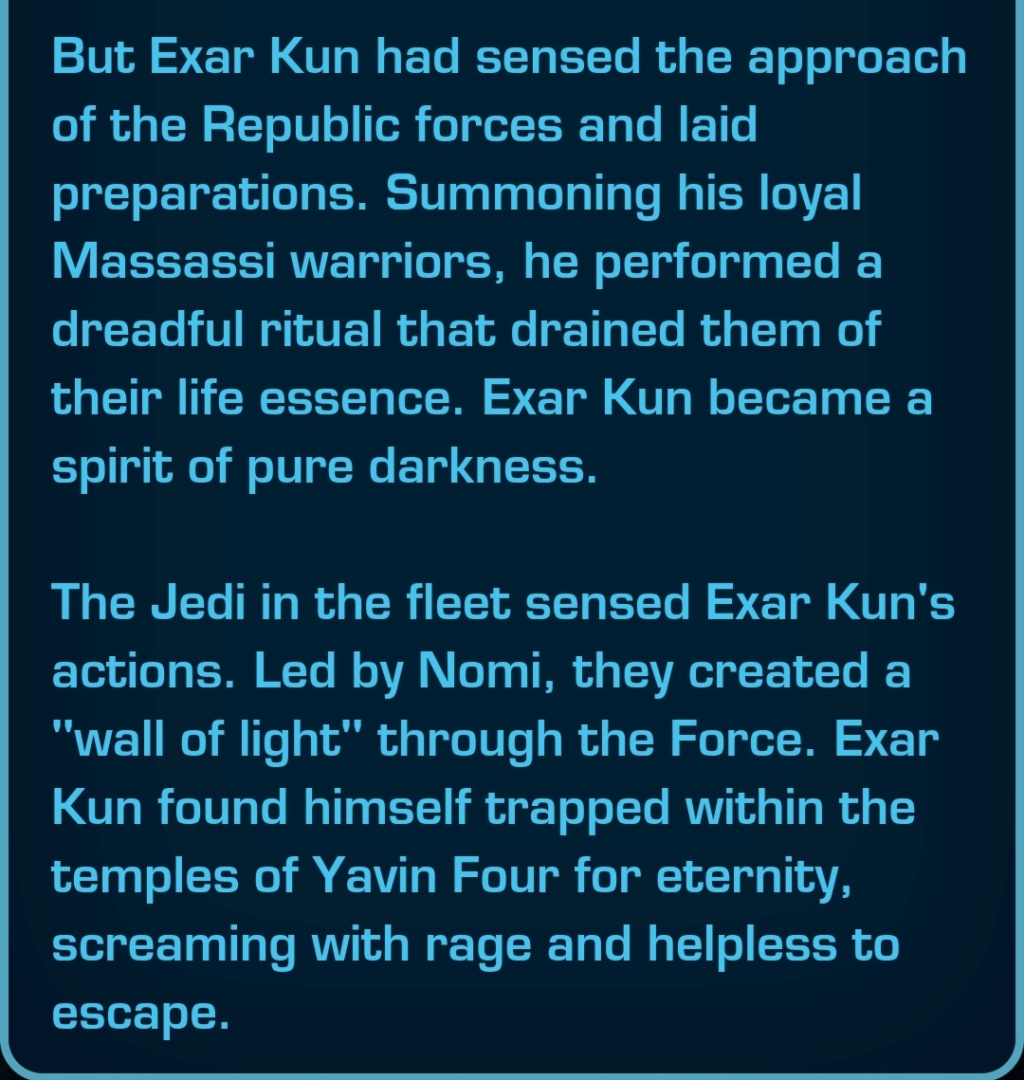 Keeping in mind that such rituals are far from a daily occurrence in The Old Republic. The thought of the Emperor being capable of doing so to Dromund Kaas is quite literally attributed to his power:

The Old Republic: Revan wrote:"What if he’s preparing to do the same thing here that he did on Nathema?"
Scourge hadn’t considered that possibility, and it chilled him to his core.
"Is that possible?" he asked, "Nyriss told me the ritual on Nathema took days, if not weeks. And the Emperor had to trick hundreds of other powerful Sith into working with him so he could draw on their power."
"He’s stronger now," Revan said.

Now, given this basis and the fact that Revan 'replicate the Machine at best he can as a last ditch effort' isn't able to fully replicate the Machine Core, let alone the superior Nathema/Ziost ritual, then it should be clear what kind of power threshold is required to pull off what Revan can. We can further establish the fact that dark Revan is 'barely' beaten by the strike team led by your character the Hero of Tython with Revan's Force ghost resurrecting members of that team mid battle, ergo preventing his darker half's victory. Then dark Revan faces the Coalition Strike Team right after that, also led by the Hero of Tython, and nearly wins there too:

Revan, The Old Republic: Shadow of Revan wrote:"You barely managed to drive me away last time. What makes you think you can survive against me?"

The Old Republic: Shadow of Revan wrote:Boon of the Spirit. Target has been recently resurrected by an outside force.

It can't be over-stated how many times more powerful Revan is compared to the Hero of Tython at this point, given the aforementioned feats.

Now given that The Old Republic supports that Exar Kun pulls off his own ritual to drain 'his armies' which makes him an 'immortal spirit', a 'spirit of pure darkness' so strong the Jedi order were 'unable to defeat him entirely' one can assume Exar Kun is very much up with the Revan level of Shadow of Revan and not below the Hero of Tython level who is quite plausibly dozens of times weaker than Revan himself is.

Now to be absolutely clear, this is far from the only thing The Old Republic makes its stance known on. The events of the destruction of Ossus are also chronicled: 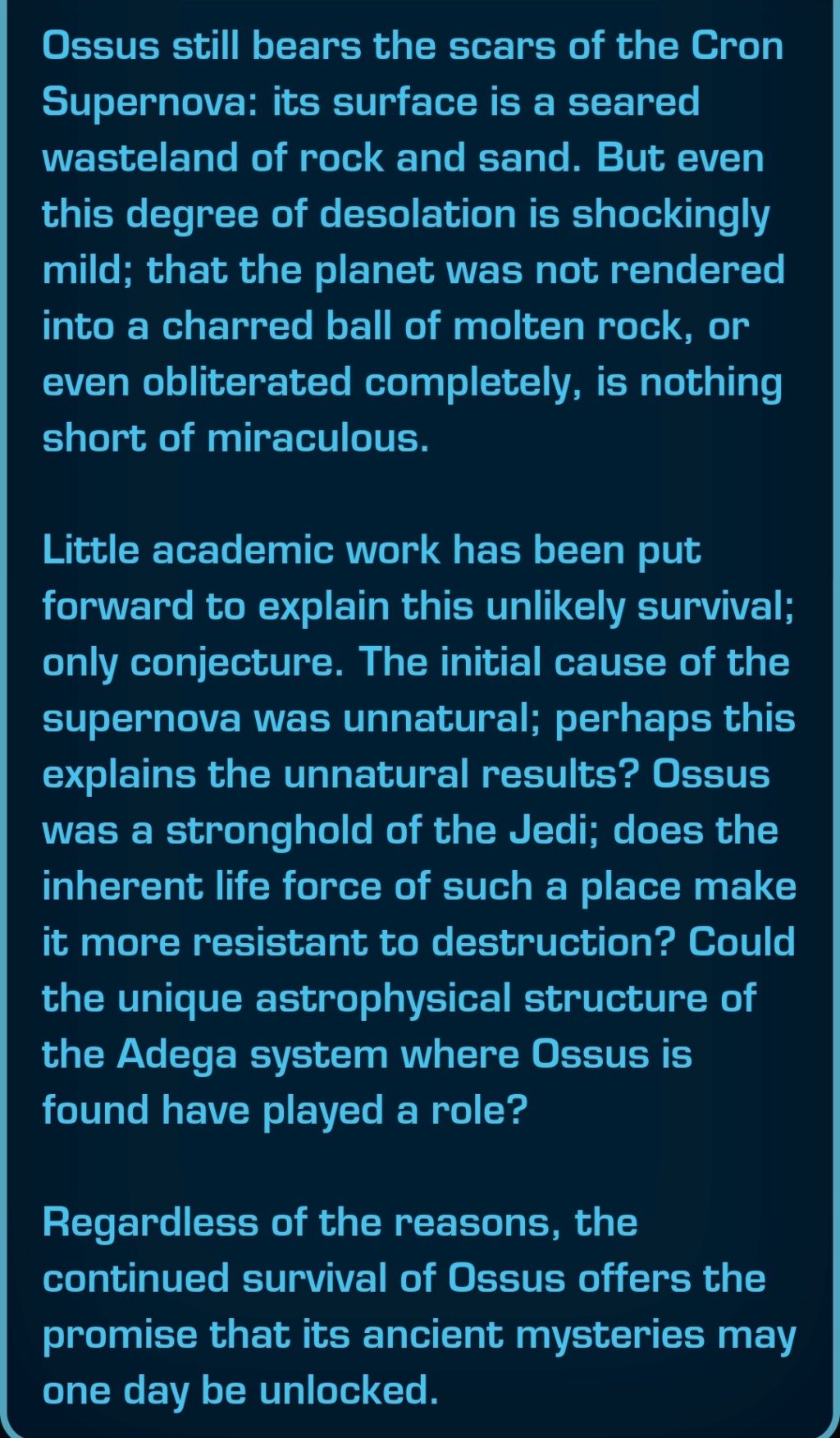 Now just to make it clear, they've also cleared up which of the above reasons is correct:

1.It's not 'unnatural cause = unnatural results' as the Cron supernova blew up many planets in many systems in the sector per The Old Republic: 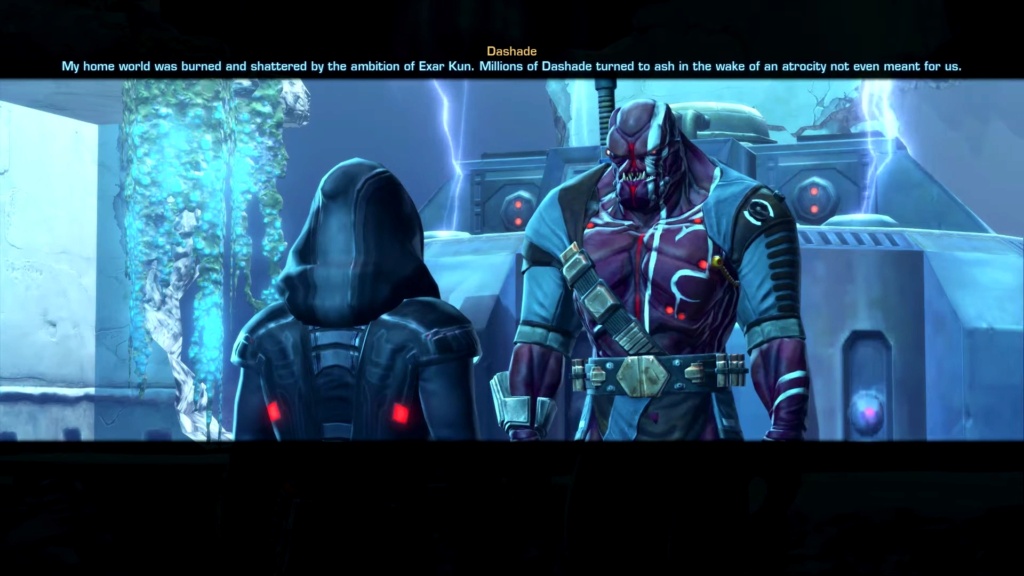 2.The Old Republic also states that Ossus was directly hit so it's not due to some unique astrophysical reasons: 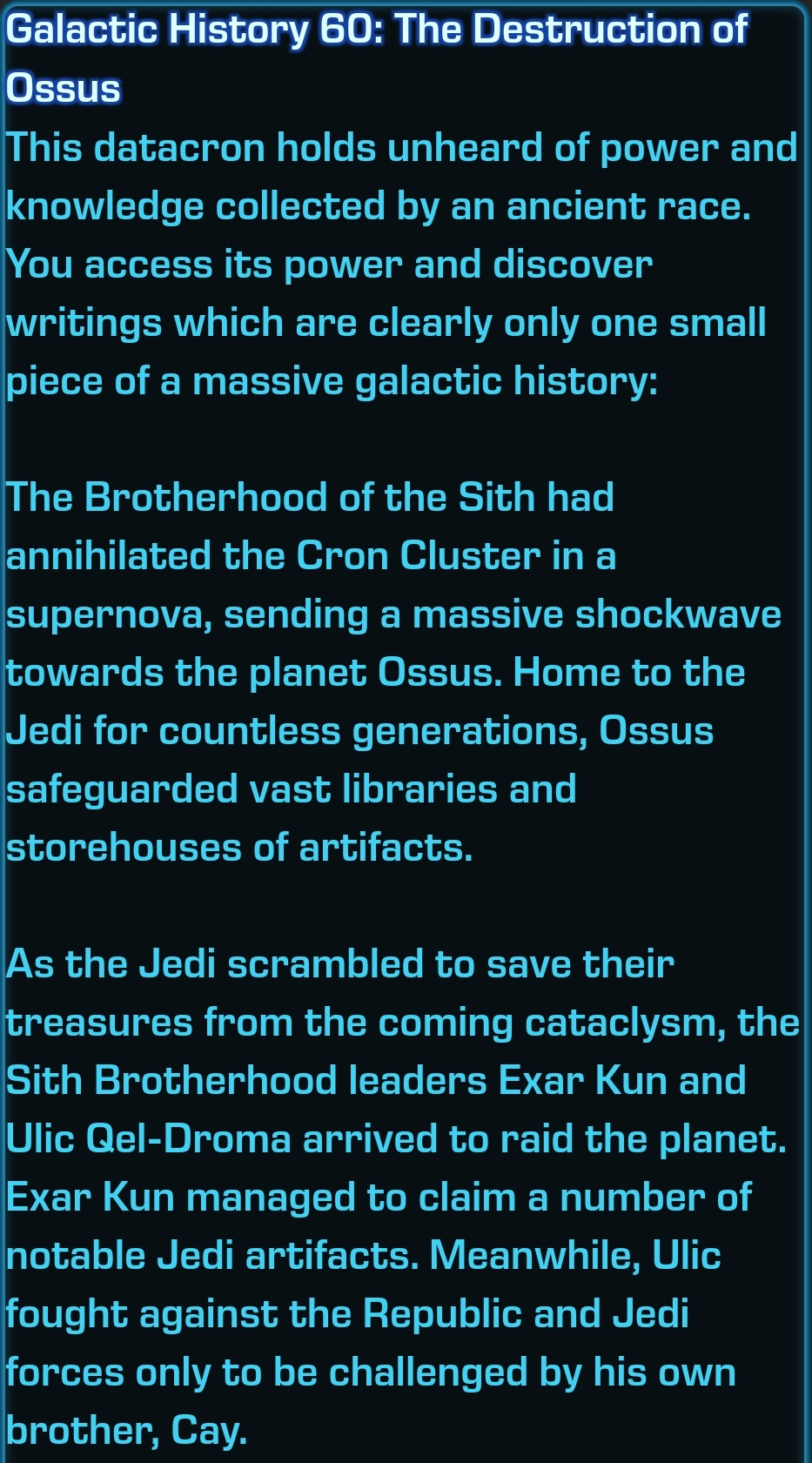 Which leaves us with the one remaining explanation provided to us, the reason Ossus isn't a rock of molten slag or nothing but an asteroid field is because of the life force energy of the 'countless' generations of Jedi that had lived there.

It's this same planetary obliteration-tanking strength of life force that Ood Bnar channelled when he blasted Exar Kun:

Something made clear in the original comic:

Let's first establish that pre-Yavin IV Exar Kun is on the same level of power as Darth Malgus after he joined the Dark Council; which is during the battle of Ilum: 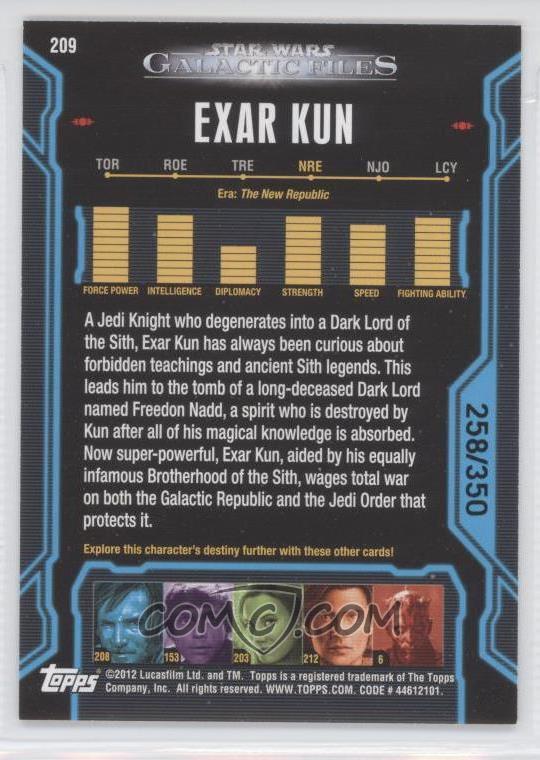 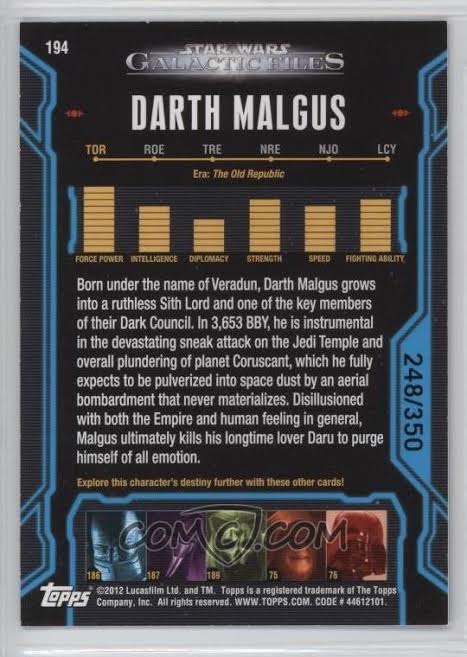 Whilst them both being a 10 in Force power does not equate to equality, the fact that Exar Kun also has much superior speed and higher strength than Malgus indicates that Kun is the higher level 10 in Force power given Force augmentation comes from power.

Darth Malgus as of Jedi Under Siege is stated by Emperor Vowrawn to be as deep in the dark side as ever, indicating parity with his former state as the False Emperor: 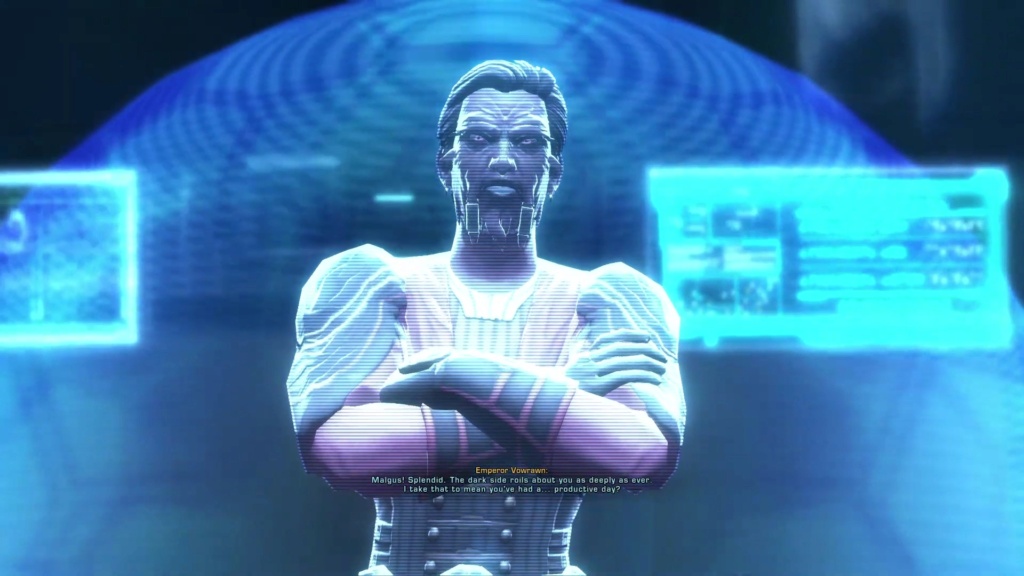 It is this Darth Malgus who is further stated to be possibly 'a bit' off of prime Arcann's raw power and closes that gap with his 'tenacity' and experience, and could win in a fight that goes either way: 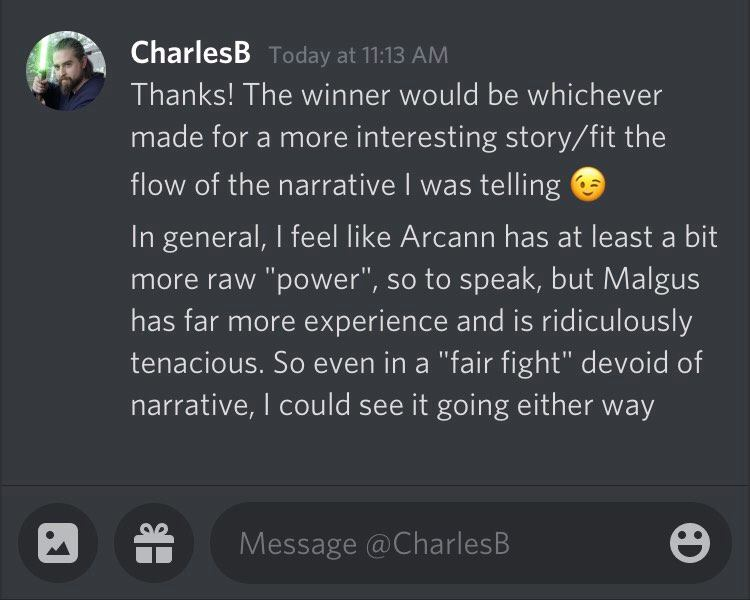 This is redeemed Arcann who is majorly above a vastly more powerful Hero of Tython than seen in Shadow of Revan:

Exar Kun is with if not above the level of Malgus and Arcann via stats and has demonstrated ritual/conventional powers fat beyond the Hero of Tython that faced Revan the Resurrected.

Exar Kun quite frankly massacres him.