Message reputation : 100% (4 votes)
Today I’m making another thread about a character noone knows or cares about; Chodo Habat, the leader of the ithorian herd on Telos in KOTOR 2. Is this likely a waste of time to write and read? Possibly, but I just thought he was kind of neat. So enjoy!

“No, I will not leave this planet. I will stay here to the end.”

To start, Chodo is a force adept. You can read more about their abilities in another excellent thread by Zenwolf.

One of his herd (note that a herd can be sort of compared to clans or large families, meaning they’re related) was a jedi, showing that the potential for a greater force connection is plausible.

Chodo is also a healer of his herd.

Chodo notes that the disturbance the Exile caused was “subtle” unless someone was actively listening for it. However Chodo had no cause for listening for potential jedi since he wasn’t expecting any, so he’d have to pick up the subtle disturbance.

Even when she just arrived, Chodo sensed the nature of the Exile, that she carried a wound in the force. That she once had the force and now not.

Another ithorian force adept only sensed the Exile when she stood right infront of him.

Further, Visas and Nihilus only sensed the Exile after she left Citadel Station, at which point she’d have grown alot for fighting the Exchange, Czerka, and a couple other groups. The distance was greater, but Visas directly attributes her not sensing the Exile to how faint the echo was, not the distance. Unlike Chodo, these two were also actively looking for jedi.

Chodo senses that the Exile’s wound is as that of Telos.

Chodo senses that the Exile killed Czerka operatives in another part of Citadel Station.

Chodo senses the immensity of the Exile’s loss (the deaths of Dxun, Malachor, and many other battles in addition to the loss of the force.)

Note that extreme emotions and sensations sensed through the force can overwhelm people as well, so him remaining unaffected speaks to his will. For example an iktotch that sensed Maul’s hatred was killed by it.

Chodo senses that the Exile is healing.

Chodo senses the life in the restoration zones on Telos.

Chodo is a healer, and thinks he might be able to help the Exile regain some of her connection to the force. He does however note he’s never dealt with a wound as her’s before.

Despite this, he succeeds, as stated by himself and by the fact that you gain a force bonus from his attempts.

He notes that the restoration project in part is a way of healing the planet and returning its connection to the force.

Bao-Dur, who only has an entirely untrained connection to the force, senses the strong presence of the force that the restoration zone created by the ithorians possesses.

Kreia agrees that the force is strong in the area. While she doesn’t seem as certain that its caused by the ithorians, it should be noted that she’s been very biased against the ithorians since she met them. Possibly since their beliefs go against her own, or since she doesn’t want the Exile to get other teachers. More on that in the next category.

Another interesting part of Chodo is how different his views are from all the other masters (Kreia, Vrook, Kavar, etc.). It goes to the point where he even enters a debate with Kreia.

Kreia immediately disagrees, noting the difference between healing a planet and healing a severed jedi.

At this point Chodo says a thing only told Kreia once in all of KOTOR 2.

He then goes into a lengthy explanation of how his healing works.

Kreia Said wrote:"You speak well enough, Chodo Habat, but perhaps you see all this as your chance to exert your own hold over others."

It's a bit disappointing that I forgot to make an image for this, so I’ll have to quote it for now. But Kreia’s doesn't give any real counters.

He then proves his theory correct by succeeding in restoring a measure of the Exile’s connection to the force. I won’t necessarily say that Chodo is smarter or wiser than Kreia, but he’s the first we’ve seen to counter Kreia’s lectures and criticism, as well as backing it up with practice. So one could argue he’s at least on her level in terms of wisdom.


So there you have it, it's not really long and Chodo won’t be used in any vs matchups anytime soon, but he’s just a cool obscure character I felt compelled to make a thread about.
Hope you liked it! 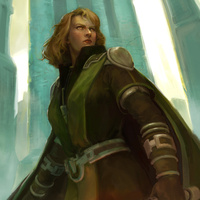