Message reputation : 100% (2 votes)
Hello all. On both Discord and now SI, I've seen people try to claim that Starkiller's feat against Sidious at the end of The Force Unleashed is an Unleashed/Destiny feat, and thus not applicable to him in a standard combat situation.

For those that are not aware, the premise stems from the fact that:

(1) Galen has a "Force Unleashed" destiny. 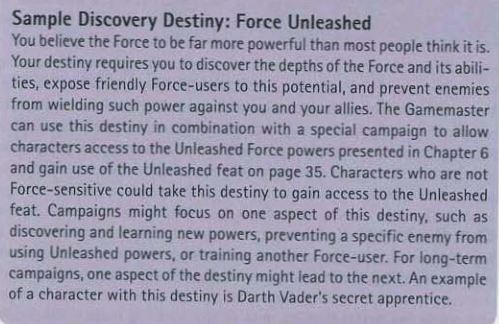 (2) This destiny allows him access to "Unleashed abilities" which are "extremely powerful and devastating abilities that even the greatest heroes can only use once in a great while, if ever".

The idea is that his feat against Sheev is one of those rare moments where he used a non-combat applicable Unleashed power due to his destiny. The underlying problem is that there is a limited selection of abilities that actually have an Unleashed variant, and *spoilers*, Tutaminis - i.e. the power he was using against Palpatine - isn't one. The limited powers that do have an Unleashed variant are listed below: 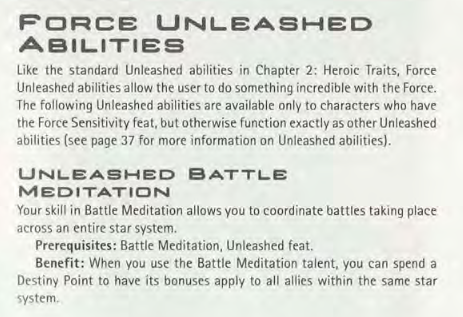 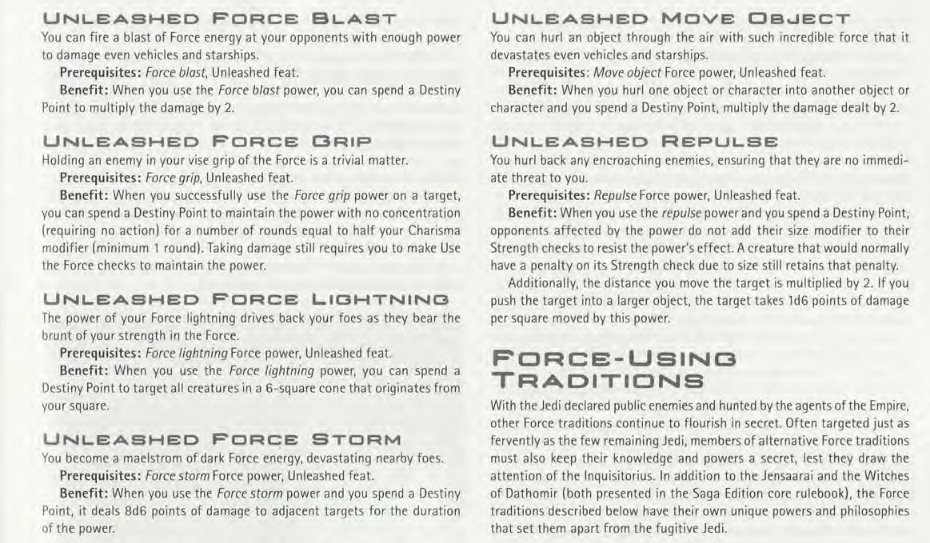 In other words, any possible "Unleashed feats" Galen has would only include him utilising the above powers. Most notably, anything regarding Telekinesis and Force Lightning are the only real likely ones for "Unleashed feats", which would perhaps explain the Campaign Guide's statement that he's a Telekinetic Savant, and other sources emphasising he's extremely prodigious with Force Lightning.