Message reputation : 100% (1 vote)
You debate on certain sites and you're gonna come across this asinine argument. Based on the below feat
https://gfycat.com/snivelingunitedcowbird

From this some will argue that SK is somehow in the Gigaton range due to performing the above feat and therefore slaps characters like ToS Revan. Let go over this feat in detail and show why its not as impressive as you would think at first glance 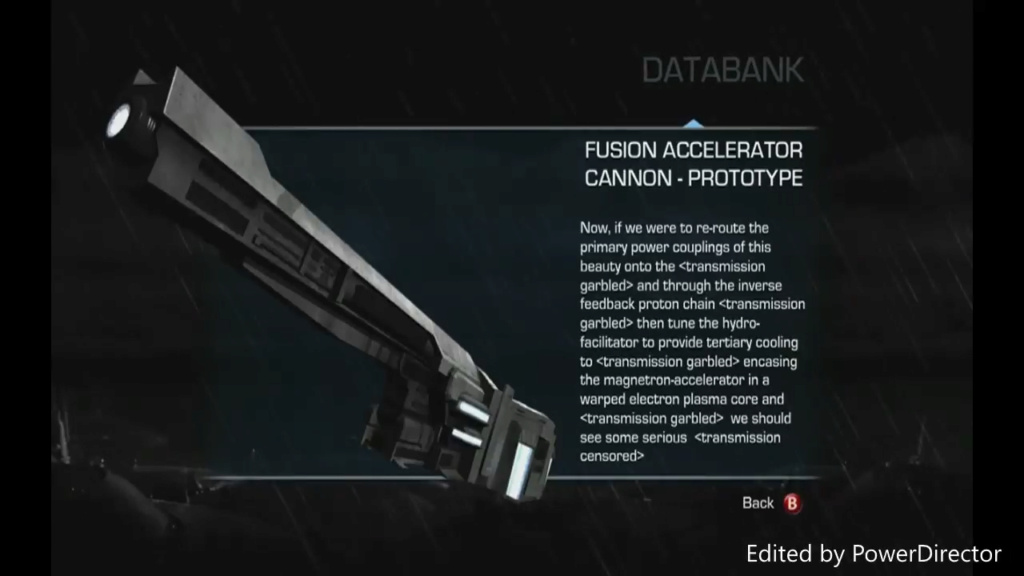 The key word here being fusion. For those of you who don't know fusion cores are the primary means of ship power generation in SW

Atomic Reactor: An out-dated form of power converter, the atomic reactor has been replaced by the fusion reactor. It employed atomic fission to generate energy, which in turn generated large amounts of heat and radiation. This made them very dangerous to use.
- Star Wars Sourcebook

This means that the reactor responsible for powering this cannon is subjecting it's raw materials (usually room temperature) in this case SK is multipying  the potency of the energy by an amount comparable to an atomic reaction. To get an idea of how big of an amp this is

According to this chart

Hydrogen2 or Deuterium produces an omega electron volt of energy when undergoing this process. Meaning if you take into account molar mass and convert it to joules? A gram of hydrogen 2 undergoing fusion would produce 48 billion 242 million 663 thousand, 984 joules.

A gram of the shit we breathe and the stuff that's just part of every molecule of water can be subjected to this process and from that get enough power to blow up a building 50 times over. So normally these things exert billions of times less energy. For those who wish to doubt


In a bold maneuver, Han released a cargo of liquid hydrogen in the vicinity of the Sunulok and began firing into it. The hydrogen didn't burn, lacking oxygen in the vacuum of space. However, when exited by the blaster bolts and drawn into the gravity wells of the dovin basals, the hydrogen became quickly compressed. This caused each blasted glob of hydrogen to become a miniature fusion reactor, dumping incredible amounts of energy into the Sunulok's systems.
- NJO Sourcebook

This is all occuring with simple room temperature molecules normally. Let alone when the reactors have access to the, by comparison far more potent, material of SKs lightning. Which while notable

Isn't beyond the likes of someone Like Nyriss who achieves similar results with single, casual bursts


"A burst of purple lightning arched down the steps, catching both men in the chest. They barely had time to scream before they were turned into charred and smoking husks...
- TOR Revan

Kaj shielded with one hand and held the other out, cupped to collect whatever there was that could be collected. He needed ammunition-the energy and matter in the air would provide it.
The salvo of Force-lightning from the Inquisitor enveloped the docking station and sundered it, exploiting every crack and crevice in its aging fabric. It blew apart dramatically, chunks of duracrete flying in all directions.
...
The moment's respite gave him a chance to look for Kaj. He glanced upward just in rime to see the facade of the building housing the apothecary ripple like the surface of a stormy lake. Masonry began to rain down from above, narrowly missing the charging Inquisitor. Still there was no sign of his boy.
- Courscant Nights 3: Patterns of The Force

So as demonstrated here the power SK generated for this feat is being multiplied thousands of times over by the very nature of the weapon he's using. Making the feat dubious at best.

And just to seal the deal, here's what happnes when SK powers a weapon that doesn't amplify his power by a "huge" amount
https://streamable.com/go44it

It does F all

Now lets get onto some other aspects

Star Destroyers. They don't make em like they used to 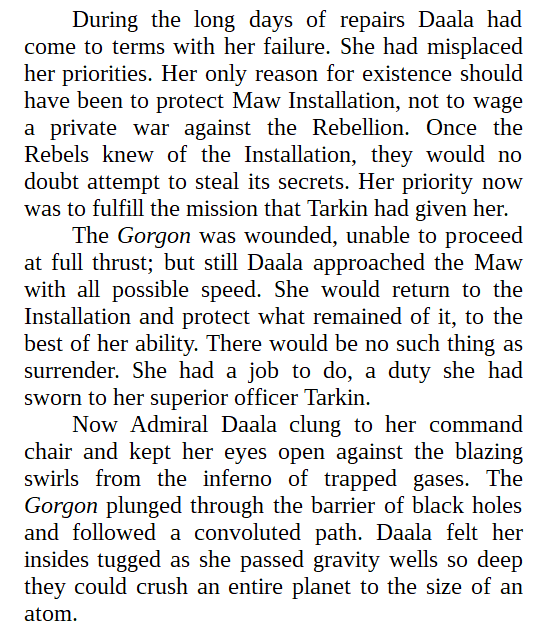 Setting aside that the text here in no way says that the ISD is actually being subjected to this, which is expanded on further in the text in the same novel
She swallowed a lump in her throat and stepped forward to take his hand. The black holes formed a maze of gravity wells and dead-end hyperspace paths; only a few dangerously "safe" courses made passage possible through the tangled labyrinth.
"We downloaded the course from the Sun Crusher," Wedge said. "I hope nothing's changed, or we'll all have a big surprise when we try to make it through."
Qwi nodded. "It should be safe," she said. "I double-checked the route."
......
As his ships approached the cluster of rocks, Wedge received no response. But when the open metal framework of the Death Star prototype orbited up from behind the planetoids, he felt a stab of terror.
"Shields up!" he said instinctively. But the Death Star did not fire, gracefully orbiting back out of view again.
As Wedge brought his fleet in closer, a tracery of laser fire shot toward them from small buildings and habitation modules on the misshapen asteroids. Only a few of the beams managed to strike, reflecting harmlessly off the ships' shields.
"All right," Wedge said. "Two corvettes. Surgical strikes only. We want to remove those defenses, but don't damage the Installation itself." He shot a glance at Qwi. "That place holds too much important data to risk losing it."
....
The Gorgon plunged through the barrier of black holes and followed a convoluted path. Daala felt her insides tugged as she passed gravity wells so deep they could crush an entire planet to the size of an atom.
The windowports dimmed, but still Daala did not close her emerald eyes. Presumably only she knew the detailed route, but young Kyp Durron had found his way, and she assumed that other Jedi Knights could perform the same feat.

Even shieldless Corvettes are able to make it through thanks to this safe path. Making this a non-feat for the ISD. So lets discuss the actual durability of ISDS

- Official Star Wars Timeline Expanded
An Executor Class Super Star Destroyer (comparable to a fleet of ISDs) and for that matter no vessel can withstand a barrage of 300 Fighter mounted proton torpedos. We know they're fighter mounted ones as the text notes Wedge is able to take the stations torpedos for the Thyferra attack. What is the yield of a Proton Torpedo though

So a vessel several times more powerful than an ISD is getting clowned by 300 Kilotons of ordnance? But ISDs are planet level?
Yeah, no.
So lets go back over everything here
1. The cannon SK used by its very nature amplified his power by thousands of times.
2. SKs regular lightning bluntly fails have the same impact without this amplification
3. ISDs have never tanked Black Holes anymore than shieldless Corvettes have.
4. And vessels several times more powerful are confirmed to be obliterated by 300 Kilotons worth of force. Let alone planet busting levels

Hope you all enjoyed!