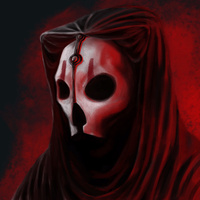 I'm not sure where they stack up force wise but it's likely close enough to where it doesn't matter just like in AOTC Yoda and Dooku's fight. Mace has the advantage in physical stats, especially stamina and they are about equal in skill. I can see Dooku winning even with the Vaapad amp (especially considering Mace would get a relatively small amp compared to if he were to fight Maul, KFV or Sidious etc) but Mace would take a slight majority every time.

Message reputation : 100% (1 vote)
I’m still not sure about this one but I thought it could use some discussion as I believe there are quite a few bits of evidence that possibly place Tyranus above Mace.

So we know that Jedi Dooku had contended and beaten Mace in a sparring match which we know obviously doesn’t mean he’s more powerful but it definitely puts them in the same league and likely very close to one an other in overall power.


"Dooku: I have spent the last ten years learning to use the power of the Dark Side. It gives me infinitely greater power."
-Star Wars Episode II: Attack of the Clones

He felt Dooku gathering power, and he bowed his head in shock and sorrow as he sensed the true source of the Count's increased ability.
-Star Wars Episode II: Attack of the Clones junior novel


This is Dooku, Darth Tyranus, Count of Serenno: Once a great Jedi master, now an even greater Lord of the Sith, Dooku is a dark colossus bestriding the galaxy.
-Star Wars Episode III: Revenge of the Sith adult novel

Dooku could not argue. Not only had the Dark Lord introduced Dooku to realms of power beyond his most spectacular fantasies...
-Star Wars Episode III: Revenge of the Sith adult novel

"Here we see Dooku use his great powers of the Force, because he’s really, you know, almost as powerful as Yoda himself."
-Genndy Tartakovsky, Writer & Director - (Star Wars Clone Wars DVD commentary)

Vividly his mind went back to their last meeting, on Geonosis: swords drawn at last, and finally equal. What a bittersweet moment--to see Yoda again, and be a match, or more than a match for him.
- Star Wars Yoda: Dark Rendezvous

"The two Force warriors attempted to defeat each other with displays of telekinesis and other Force abilities, but they were too evenly matched."
- Star Wars Lightsabers: A Guide to Weapons of the Force

''Among the other Jedi, perhaps only Mace Windu would have been his equal on neutral ground.''
Source: Yoda: Dark Rendezvous (2004)

'A respected Jedi with powers on a par with those of the venerable Yoda, Mace Windu was a senior member of the Jedi High Council, and his wisdom and judgement were legendary.''
Source: The Official Star Wars Fact File Remake #008 (2014)

“Nick Gillard : ''We didn't see Mace fighting yet, but we know that he is second only to Yoda.''
Source: Star Wars Episode II: Action Featurette (2002)

So if Dooku was more or less on par with Mace as a Jedi and he had a rapid power growth after turning to the dark side we can assume that Dooku grows in power faster than Mace does meaning that if he was Stated to be yodas equal before mace was, then the power gap between mace and dooku would stay the same or likely grow even bigger due to Dooku’s rapid growth, Keep in mind that dooku is still relatively new to the dark side as of AOTC so there’s a lot for him to still learn even after being stated to be on par with Yoda, Mace on the other hand doesn’t have too much left to learn, think of it like building muscle, you grow faster when you first start and then it slows down, Mace has reached a really high level and then slowed down, Dooku has slowed down and then unlocked a new level to where he again  is experiencing those rapid beginner ‘gains’  you could say he essentially took steroids. Something like this does imply that Dooku is increasing in power at a faster rate than Mace. It’s also worth mentioning that Yoda has been a Jedi for A LOT longer than Dooku and if Dooku caught up to Yoda by AOTC and take into account his rapid growth, he may well have even slightly surpassed Yoda as a force user by ROTS,
This could be refuted by him losing to Anakin in ROTS but there are actually quotes that could put Anakin above even Yoda by the time of episode 3

“Anakin Skywalker is the most powerful Jedi in over a thousand years.”
Source: Star Wars Miniatures: Ultimate Missions: Revenge of the Sith

"Skywalker is arguably the most powerful Jedi alive, and he is still getting stronger."
Source: Revenge of the Sith

Now there is a case to be made for Dooku > Anakin during ROTS as we know that Dooku was ordered to hold back, I still think Anakin has the edge here if only a small one but it’s still worth noting because there are quotes placing Anakin above Mace during ROTS  as I stated above
There is also their fight in the episode 3 video game where Anakin wins, this game is Lucas approved and is officially part of the legends timeline.

What do we all think, I’m not 100% on this but I’m kinda leaning towards it having examined the evidence

So I came back to this end edited a few spelling mistakes and now it’s removed all the quotes I put in for some reason so I’ll just paste them back in as best I can.

Message reputation : 100% (1 vote)
Dooku gets the fight of his life from Tiin, there’s no way he’s taking Mace

Mace wins even without sidious fight