Ngl, I think the team can take it. Dooku and Vader are on a similar level that puts them a fair bit outside Sidious' ragdoll range, and Sidious won't be able to focus on Maul with them attacking him with either sabers or the Force long enough to ragdoll Maul. In sabers, they're all mid to high tier 8s so should be able to press Sidious quite a bit.

Sidious most likely does win, but it's in a very close fight. If the team plays it smart and Maul and either Vader or Dooku pelt him with Force attacks while Dooku fights him in sabers, they win. If not, Sheev.

sidious in a close one

Dooku is the only relevant one here and he can only give a good fight.

Dooku goes down in less than ten seconds judging by how he performed against Zonakin. No clue why people maintain the stance he's close to the RotS titans.
_________________

Dooku is unquestionably close to 19 bby Yoda, and I don’t see a reason or any evidence to suggest Yoda grew significantly in less than a year.

What even is that? Him fighting closely with Yoda? What says YDR Yoda is on RotS Sidious's level? As of AotC he can be scaled beneath Ventress, so he seems to familiar with quick power increases.

Regardless, during his fight with Sidious he's better than the Anakin who clobbered Dooku, so peak Yoda should down him even quicker. Same goes for Sidious.
_________________

anakin was stronger, and likely more skilled than yoda in that fight.

He was an 8, Yoda was a 9. Many sources also confirm Yoda to be more powerful than Mustafar Vader and Knightfall Vader, two iterations of Anakin stronger than the one who destroyed Dooku.
_________________

why was he an 8? many sources also say that anakin was the strongest jedi by that point.

@lorenzo.r.2nd wrote:why was he an 8? many sources also say that anakin was the strongest jedi by that point.

Being the strongest can mean multiple things. In LS Anakin’s case, he’s the strongest in the sense that he’s got the highest raw power thanks to his abnormally high Midichlorian count and Chosen One status.

it can mean many things, but why is ur interpretation the correct one?

labyrinth of evil and rots make this more clear it literallly depicted this:


This is Anakin Skywalker:
The most powerful Jedi of his generation. Perhaps of any generation. The fastest. The strongest. An unbeatable pilot. An unstoppable warrior. On the ground, in the air or sea or space, there is no one even close. He has not just power, not just skill, but dash: that rare, invaluable combination of boldness and grace.
He is the best there is at what he does. The best there has ever been. And he knows it.
Source: Revenge of the Sith

At nine years of age he had been an expert Podracer; by twenty-one he would have been a galactic champion. With or without Qui-Gon's or Watto's help, he would eventually have won the Boonta Eve race, and his reputation would have been made. He would have bought freedom for himself, his mother, all the slaves in Mos Espa, gone on to win the Grand Races on Malastare, been hailed in the gambling casinos on Ord Mantell and Coruscant. He wouldn't have become a Jedi--he would have been too old to train--would never have learned to wield a lightsaber. But he would have been able to fly rings around the finest of Jedi pilots, including Saesee Tiin.
And he still would have been stronger in the Force than any of them.
Source: Labyrinth of Evil

Anakin when using the dark side is a 9. Gillard only says Anakin starts the movie at an 8. Which he does, he just becomes a 9 shortly afterwards via Zonekin.

i have never seen that before. can u show me where he says anakin was an 8?

@lorenzo.r.2nd wrote:i have never seen that before. can u show me where he says anakin was an 8? 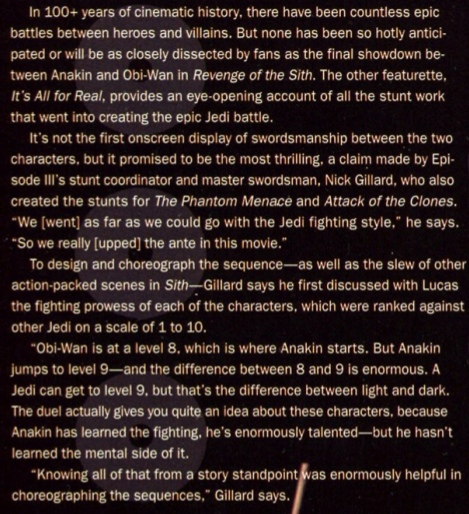 anakin after getting his zonakin state is tier 9 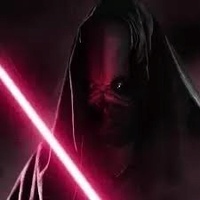 Sidious takes this. Vader is the only threat here.