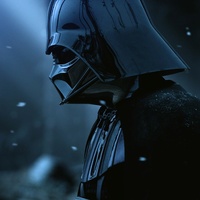 Message reputation : 100% (1 vote)
Based on the seventy or so quotes proving for a fact that Mustafar Vader was a shadow of his former self (he didn't have a shower that morning) he loses, but I'm not gonna post any quotes here.

ILS wrote:Based on the seventy or so quotes proving for a fact that Mustafar Vader was a shadow of his former self (he didn't have a shower that morning) he loses, but I'm not gonna post any quotes here.

Lucas:"Let's show the statement onscreen to millions about Vader claiming that he has become more powerful than any Jedi has dreamed, and then let's show the quickest and most intense battle Vader has done in the movie, but all along, the message that actually should go to the audience is that Vader has become a shadow, much weaker than Anakin"

Yeah, he may not have been at his absolute best( due to minutiae) but pretending that he was weakened by anything beyond basic, nominal amounts is to go against the cinematic intent established in the movie, the quotes in the dozens calling Vader's going to the dark side "complete" on the lava planet( the same quotes call his dark side allegiance as a mere "flirt" on the battle on the Invisible Hand against Dooku), the thematic intent that using more raw power decreases your precognitive senses( hence his inability to sense Obi Wan) and the lack of just about anything that establishes that very notion( just even one quote) beyond doubt

Had, say, Mace been there on the lava planet literally no one would have batted an eyelid and claimed that his opponent was "hindered". Again, the same thing happened to Mace, his lack of appearances and major contributions led people to concoct all the theories under the sun about how he was "amped" but now that additional sources have been discovered and the intent that he actually is meant to be Yoda level, people generally accept his place

So why not accept additional sources that support Obi Wan then? Also unlike Mace, Obi Wan has done crazy things before( taking on both Maul and Savage and the duel being called a stalemate, this being the Savage that smashed even Dooku aside in the same show) whereas Mace has just the Sidious showing as his biggest display 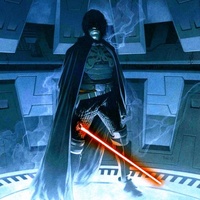 Now a Sith apprentice, Vader rejects Obi-Wan's pleas to turn away from the dark side. Instead, he attacks Kenobi in a devastating lightsaber duel on Mustafar. Destruction is Vader's only thought, but in the end, he is the one who lies near death on the black sand shores.

Repeat after me, fellow acolytes:

Obi-Wan holds onto hope that he and Padmé can turn Anakin back from the dark side. But on Mustafar, he realizes that all is lost and Anakin has been consumed by evil. Obi-Wan is viciously attacked by Anakin and battles for his life in a climactic duel surrounded by molten lava rivers.

Anakin Skywalker battles Obi-Wan Kenobi amid rivers of burning lava on the planet Mustafar. Young Skywalker has fallen to the dark side of the Force and now sees his former friend as his enemy. He engages Obi-Wan in a fierce Lightsaber duel that pits two skilled warriors against one another.

ONE MORE TIME, AND THE RITUAL WILL BE COMPLETE MY FRIENDS: