She has an accolade of impressing Jacen her power. She wins imo.

@DC77 the description points to her power being greater than his own. It’s not specifically stated but when you are astonished by someone else’s power it’s usually because they are stronger than you.

I didn't disagree she was superior... just pointing out that Traitor Jacen is kinda shit.

DC77 wrote:I didn't disagree she was superior... just pointing out that Traitor Jacen is kinda shit.

I remember he ran 100 meters in an eyeblink in that book.

If you don't I'm going to count this comment as a vote for Vergere.

@Kilius since I already know who the next characters are gonna be, I just wanted to let you know i’m gonna make a case for Galaan.

Yeah, not going to switch on second thoughts. I'll stick with Vergere. 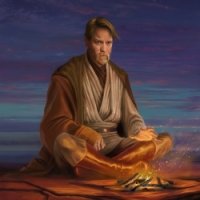 Zallow. Nothing has been presented in favour of Vergere either besides her being more powerful than Traitor Jacen... who hasn't been established as impressive. Malgus, on the other hand, is capable of easily defeating a Jedi who can bring down a massive building with ease and Zallow gave him a solid fight. Rather than just mindlessly voting for Vergere can I see some actual arguments?

This is voting, arguments were made in favour of Vergere that apparently convinced the majority. Quit whining and get on with voting.

DC77 wrote:This is voting, arguments were made in favour of Vergere that apparently convinced the majority. Quit whining and get on with voting.

I'm not sure whether the arguments phase should technically be over yet following the actual rules of the tourney. Also just because it's voting doesn't mean I can't ask for reasons before casting my vote but apparently it's hard to type out a quick two sentences on why Traitor Jacen is impressive. I expected better especially from someone who has a Caedus avi.

So the Vergere supporters can't actually provide arguments? How disappointing... The sad part is that Vergere will beat Zallow when literally no good arguments have been provided.

Zallow was a bona fide equal of Malgus, he facerolls Vergere.

The Cosmic Force wrote:So the Vergere supporters can't actually provide arguments? How disappointing... The sad part is that Vergere will beat Zallow when literally no good arguments have been provided.

You can concede on that now if you like:

Deceived wrote:Aryn did not bother to respond. She dwelled in the Force, floated in and on the warm network of lines that connected all things, one to another. Her consciousness expanded to see and feel everything near her. She focused on her perception of the passage of time, first on how it felt as she moved through it, then on spreading it, stretching it, until she could linger in a millisecond as if it were a moment, then a minute. To Zeerid it would appear that she were a blur of motion, existing simultaneously in multiple places. To her, it felt as if the universe around her had stilled. She smiled, seeing the moments that hung before her, each millisecond a long moment in which she could think, in which she could act. The effort taxed her, and she knew she could not maintain it for long.

"Watch the scanner," Zeerid said, his words a lifetime in the utterance.

She did not watch the scanner. Her body could react faster than any machine. Instead she watched the viewscreen. The Imperial ships had finished their hydrogen skim and now maneuvered into a formation suitable for a hyperspace jump, the supply ships within the ring of the frigate escort.

"They're forming up," Zeerid said. The waves of his tension crashed against her but she dammed them off, did not allow them to disrupt her focus.

As one, the Imperial ships began to stretch in her perception. For a nanosecond, all of them seemed to stretch to infinity, their rear engines a hundred thousand kilometers off Fatman's bow, their forms reaching across and through an incomprehensible distance. She knew it was illusion, that it was a trick of her perception caused by the moment they entered hyperspace seeming to freeze before her eyes.

She engaged Fatman's hyperdrive and the black night of space turned blue.

They were already gone.

She remained immersed in the Force as Fatman surged through hyperspace. The ordinary maddening churn slowed to a crawl of spirals and whorls, the script of the universe writ large in characters of blue, turquoise, midnight, and lavender. She fancied there might be meaning in the lines, an important revelation that hung before her, just beyond the reach of her consciousness.

She lost track of the slow passage of time. Zeerid spoke to her from time to time but his words bounced off her perception, ricocheted without her comprehension. In time, something he said penetrated her understanding.

She watched Zeerid, moving in slow motion, pull back on the lever that engaged the hyperdrive.

She readied herself, and the moment the blue of hyperspace started to fade into black, she pushed a series of buttons and switches that turned Fatman cold except for life support, thrusters, and the small amount of power they'd need to create an electromagnetic bond.

The blue disappeared in favor of the midnight of space, and she returned to normal perception.

Unlike Aryn, Zallow didn't need to be bloodlusted to be Malgus' equal either. Not that Aryn really was his equal at all anyway.

The Cosmic Force wrote:So the Vergere supporters can't actually provide arguments? How disappointing... The sad part is that Vergere will beat Zallow when literally no good arguments have been provided.

He hasn't though. He didn't bother to establish why I should care that Vergere is more powerful than Traitor Jacen.