Message reputation : 100% (3 votes)
Vodal Kressh was a direct descendant of Ludo Kressh who became one of the greatest Sith alchemists ever, then later rebelled against the Sith Emperor:

Vodal survived his attempt to overthrow the Sith Emperor and fled to Athiss, establishing his own seat of power and a 'great" city:

- Edge of the Empire

According to Sith record, Vodal was the greatest alchemist:

When Vodal died, the Sith Emperor ordered the entire planet a forbidden zone:

Grand Master of the Jedi Order Satele Shan, ponders Vodal must've been a serious threat for the Emperor to take such action against an entire world:

Satele Shan, Star Wars the Old Republic wrote:"Kressh must've been a considerable threat if the Emperor's solution was to leave the planet."

Holonet, swtor.com wrote:A millennium ago the planet Athiss was a Sith sanctuary that held the sanctuary of Vodal Kressh, a powerful Sith Lord and among the greatest alchemists the Empire had ever known. Vodal was a powerful and ambitious Sith, but he was also utterly mad. So much so that after his death the Emperor ordered Kressh's sanctum sealed, and the planet declared a forbidden zone. Now something stirs on the planet's surface once again.

A young Master Chamma visited Athiss a few centuries later, by then the planet was covered with an oppressive cloud. Worse, Chamma fought a spiritual Sith entity whilst there. The trauma of this experience lasted a century:

Athiss Codex Entry wrote:But the Jedi Archives tell a grim story. The Jedi Master Chamma visited Athiss early in his career and clashed with a dark side entity there. The duel, and the oppressive feeling of evil on Athiss’s surface, drove Chamma close to the dark side of the Force. Shaken by the experience, he went into a self-imposed exile; it was almost a century before he came to terms with what he had seen and felt on Athiss, and was able to return to the order. The many ruins on Athiss have never been properly studied. They resemble the architecture of the ancient Sith Empire, but their purpose is mysterious. A few records of Athiss survive in the libraries of the Citadel, but contemporary Sith scholars are forbidden from studying them, on the personal order of the Emperor.

Due to a Republic survey team, Vodal's sanctum was breached and his spirit awakened which caused a powerful disturbance in the Force felt by the Jedi Council:

Satele Shan, Star Wars the Old Republic wrote:"They awakened something whilst uncovering ancient Sith artifacts. The dark-side grows strong within those Sith ruins and now the Jedi Council senses a profound disturbance in the Force there."

Satele states that Vodal is a threat unlike anything Act 1 Barsen'thor has yet faced, which would include Lord Vivicar:

Satele Shan, Star Wars the Old Republic wrote:"There is a powerful dark-side threat that must be stopped, this mission is unlike anything you've previously encountered."

Darth Malgus, Star Wars the Old Republic wrote:"The Sith Order's past has resurfaced and we are all in danger."

Holonet, swtor.com wrote:A Republic archaeological team discovered the planet while on a survey mission, and began to excavate the ancient Sith ruins. During their study of the ruins the strike team has discovered something powerful, feeding on the Dark Side power that emanates from the ruins. Now both the Republic and the Empire are scrambling together strike teams to make their way to the planet, confront the threat and make sure that it never leaves the abandoned world.

The Prophet encountered within states that the strike team's power is nothing next to Vodal's own power:

The Prophet of Vodal, Star Wars the Old Republic wrote:"This was his place of power, you are nothing here!"

The defeat of Vodal's spirit ends the disturbance in the Force:

Satele Shan, Star Wars the Old Republic wrote:"The Council no longer feels any disturbance in the Force coming from that world."

However, Vodal's spirit has apparently not yet been destroyed entirely, even thousands of years after the fact:

The Prophet of Vodal, Star Wars the Old Republic wrote:"He'll rise again, in another thousand years."

Cool thread, I frankly didn't know about him untill now as well which makes it even more interesting

Nute_Chethray wrote:Cool thread, I frankly didn't know about him untill now as well which makes it even more interesting

Thanks, he seems as powerful as he is obscure.

Nute_Chethray wrote:Cool thread, I frankly didn't know about him untill now as well which makes it even more interesting

Thanks, he seems as powerful as he is obscure.

That's the case with a lot of characters I've found. 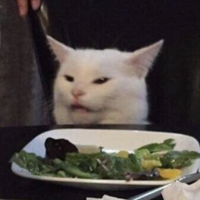 Was Vodal a greater alchemist than Exar??

Vodal's long-dead by centuries prior to Exar Kun and the claim is IU.

Vodal Kressh is among the most powerful Sith to ever exist and achieved a certain level of immortality as well. Very impressive.