I nominate Fahren Jaj as the #15 choice.

THE CASE FOR FAHREN JAJ:

1. The Laughing Lord was among the most powerful Sith of his time, powerful enough to be on the Infernal Council.

2. He managed to pose a threat to the Outlander in a 1v1 fight. Note that the Outlander of this time had defeated Vitiate, who was "no match" for him, and therefore scales off of him massively.

3. Darth Plagueis concludes that the ancient Sith were more powerful than him, whether by their own strength or the prevalence of the Dark Side. 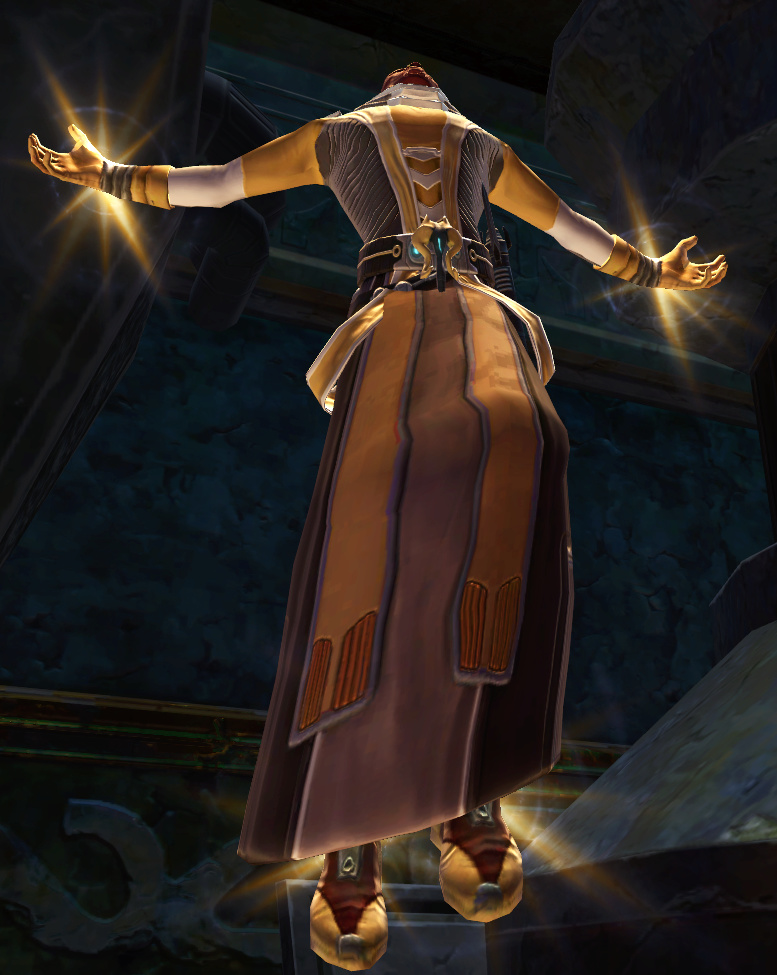 On that note, I change my vote to Gethzerion

I vote Galen, might make a case might not. by Galen I mean one of the clones since they are massively more powerful than the original. Moreso than Meatpants or HP have extrapolated on, arguably ragdoll tier apart

"I am my master's weapon. I lay waste to all that stand in his path."

Changing My vote to kueller

Why am I banned from the tournament ? What did I do?

Nihilus's power level is way too nebulous to rank him. You seem to know a lot about him, though, so perhaps you could offer your interpretation of his abilities.
_________________

@Azronger I will gladly try and clear up any ambiguity that you may have. I may even learn something new myself

lDarth Nihilusl wrote:@Azronger I will gladly try and clear up any ambiguity that you may have. I may even learn something new myself

good luck. ur gonna need it.

Can anyone remove the filler to avoid Toxicity on the thread?

Any reason in particular to switching from Arcann to Kueller?

Ec have been providing good cases so far

The lord of hunger wrote:Ec have been providing good cases so far

Where did EC provide a case for Kueller > Arcann?

I've provided my cases for Kueller here and will repost them in this thread if necessary. On the contrary, I haven't seen anything from the Arcann camp that warrants a vote over Gethzerion, let alone Kueller.

Starkiller made Sidious lean back and scream. That's more than Kueller ever did after having a quote that specifically explains the reason he was able to contend with Luke and Leia was due to special circumstances

[size=34]Stomping Luke is more impressive than anything I've seen from Arcann. I've been on a long haitus though, so maybe I'm missing something.[/size]

The Dark Apprentice wrote:Starkiller made Sidious lean back and scream.

How is this even remotely impressive to warrant him a placement

I've already addressed the quote in the previous Top 15 thread. TLDR, Kueller's rage is something he'll possess in every match, and Luke's injuries are nullified by his rage-amp he receives mid-fight.

Stomping Luke is more impressive than anything I've seen from Arcann. I've been on a long haitus though, so maybe I'm missing something.

I'd suggest voting Kueller instead. While one-shotting 8 ABY Luke is impressive, Gethzerion won't have access to her Dathomir-amped powers and haxx due to the location being neutral, so it's likely that she wouldn't be able to recreate the feat with the same potency she has on Dathomir. On the other hand, pre-prime Kueller scales above Dathomir-amped Gethzerion when Luke claims Kueller's power to be a power he "hadn’t felt in a living being since he encountered the Emperor" in Return of the Jedi. Furthermore, Kueller has numerous power boosts as well as daily growth putting him far above the iteration that scales above Gethzerion.

You can read more about it here if you'd like.


How is this even remotely impressive to warrant him a placement

Imagine having to ask why performing well against TFU Sidious (>> his ROTS incarnation, who is the most powerful Sith of all time) is impressive... However, if ISV's statement really is too vague for you, here are some points that he failed to mention:

-Galen defends against Sidious's Lightning for around 20-30 seconds (depending on which version of the game you go by).

-He manages to close the decent distance between the two and force Sidious into desperation.

-He places his hands on Sidious so that the energy being fired at him turns back on the latter, and it causes Sidious to scream in pain (this is the same energy Galen endured).

-He is still not overwhelmed, meaning he could have lasted longer had he not gone into Oneness.

What we have here is the performance of someone who, while a bit below Sidious in power, is reasonably close to him. I'm not sure how that stacks up to Kueller's accomplishments, and I don't think it grants him a W against Arcann, but it's worth consideration. Regarding your points on Kueller:


I've already addressed the quote in the previous Top 15 thread.


While it was one of two reasons why Kueller shouldn't be able match Luke, this does not that this is the sole reason, or a reason that is equal in importance to Kueller's rage. If we take a look at the text, we can deduce that Kueller's rage is a much larger reason for his superiority, rather than Luke's injuries. [...] If Luke was in prime physical condition and gave into the same rage he does here, it is likely the exact same thing would've happened. Kueller would've grown "much stronger" and battered Luke again.

Your conclusion (underlined) doesn't remotely follow from your starting premise. While Luke's injuries may not be as relevant as Kueller's rage, that does not mean that Kueller's performance is indicative of the fact that he could beat Peak Luke, in fact, the quote ISV cited actively goes against that. That the quote cites both Luke's injuries and Kueller's rage for why Kueller can beat Luke should make it plainly apparent that without both factors, Kueller would have lost the fight. This means that even a Kueller powered by his rage would lose to an uninjured Luke, contrary to your wild hopes.

As a final point:


Keep in mind, Luke beforehand was actively healing with by "resting, regaining his strength as best he could" and "practicing Jedi exercises" in preparation for this exact fight.

That Luke healed himself "as best he could" does not mean he was remotely close to full strength. Maybe Luke's injuries are not as important as Kueller's rage, but they're still incredibly important to note, per third party quotes.