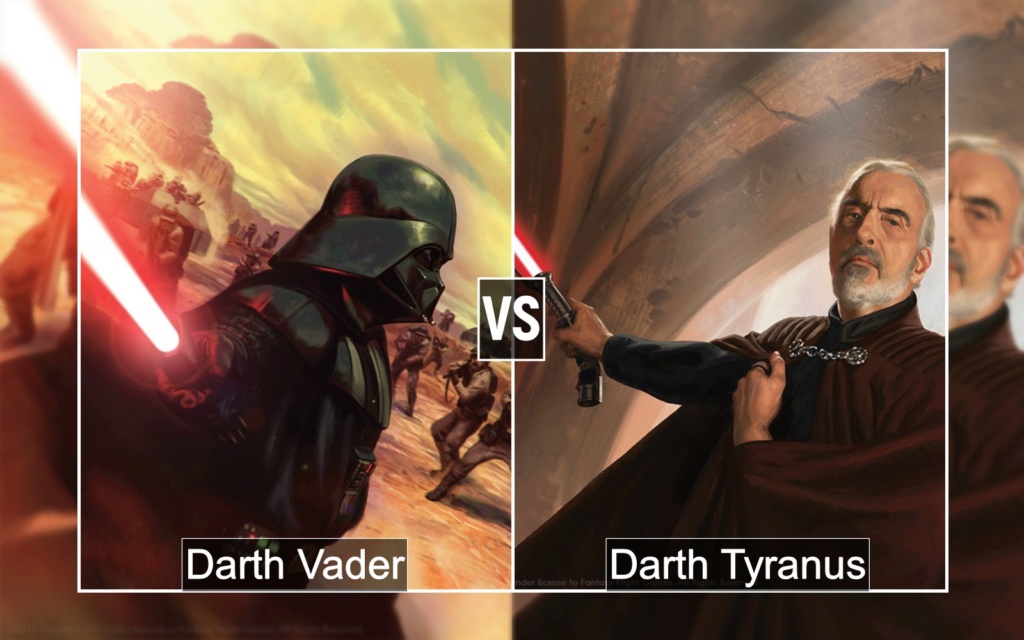 @BreakofDawn should something be corrected or supplemented? Who will write opener first?

I'd maybe put in a word limit but other than that, looks good. You can go first if you want, going to take a bit for me to write an opener.

no hard feelings, i love both of these fuckers, BUT im a permanent vadertard, so i hope u guys understand

no hard feelings, i love both of these fuckers, BUT im a permanent vadertard, so i hope u guys understand

I assume Shioz. I've got some stuff to do including an article for my uni so will take me some time to post.

This will be a great debate. Shioz and BoD are both very knowledgable and talented. Can't lie though, I am rooting for Dooku. Good luck to both parties and may it be enjoyable.

I. DARTH TYRANUS VS ANAKIN SKYWALKER

At the beginning of RotS, Dooku fought against Anakin and Obi-Wan. When he and Skywalker were left alone, Dooku was defeated in about thirty seconds. That is, Anakin’s overall combat potential, and combat skills in particular, are much higher than that of Dooku, who could not resist him. Ultimate Star Wars refers to Anakin's newly acquired power as the reason for his victory over count. Also, do not forget that KF Vader is much more powerful than Jedi Anakin. Immediately after falling to the dark side, his power increased markedly (link). 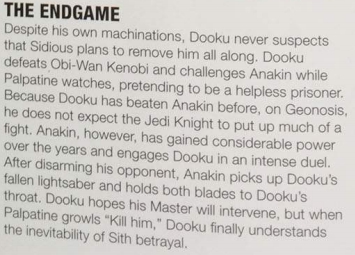 Darth Vader, as noted in the novel, became more powerful some time after his failure on Mustafar. His connection with the Force became stronger. In another example, Vader argues that the path of the dark side made him more powerful than Anakin Skywalker was, and now his power continues to increase. We can complain about the fact that Vader points out that Anakin's weakness was in the sentimentality, but the first quote is in any case as concrete as possible. So the early suited Darth Vader > KF Vader.

Lords Of The Sith wrote:Vader completed his meditation and opened his eyes. His pale, flame-savaged face stared back at him from out of the reflective black surface of his pressurized meditation chamber. Without the neural connection to his armor, he was conscious of the stumps of his legs, the ruin of his arm, the perpetual pain in his flesh. He welcomed it. Pain fed his hate, and hate fed his strength. Once, as a Jedi, he had meditated to find peace. Now he meditated to sharpen the edges of his anger.

He stared at his reflection a long time. His injuries had deformed his body, left it a ruin, but they’d perfected his spirit, strengthening his connection to the Force. Suffering had birthed insight. 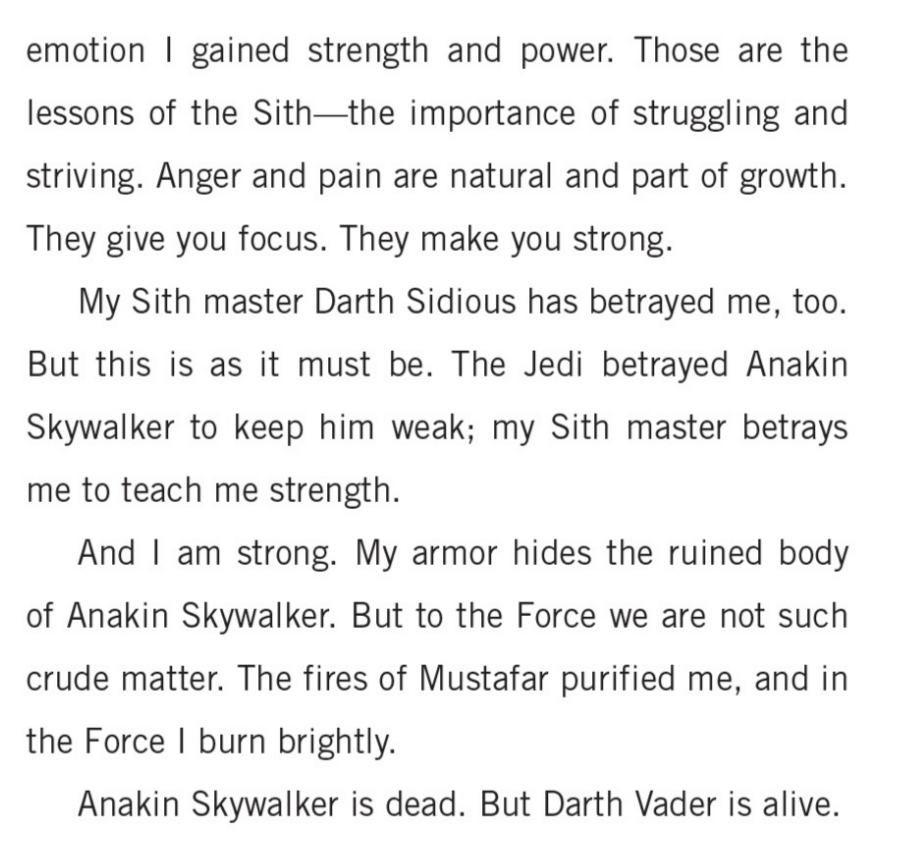 Anakin Skywalker on the light side was already much stronger than Dooku.  His power increased significantly after switching to the dark side, and after the failure on Mustafar he became only more powerful.

So I don’t see Dooku somehow close to Vader. For opener, I decided to limit myself to this simple scaling chain, and most of the remaining arguments will be presented in subsequent posts.

Good opener. Hoping to have mine up within the next week or so.

Solid opener. It's short but clear and understandable. I also do like the logic of reasoning. Can't wait for BoD's response.

AlexSerp wrote:Solid opener. It's short but clear and understandable. I also do like the logic of reasoning.

@AlexSerp: Where’re you from? Don’t recall seeing you SI before.

Short... But it is what it is lol likely better than what I would've done hahaha

@IdrisianGraecus Just an observer from ComicVine who found the SI and decided to register.
@Azronger Thank you.

@Shioz simple and efficient opener. Elegant is the term that come to my mind to define it. Well done

xolthol wrote:@Shioz simple and efficient opener. Elegant is the term that come to my mind to define it. Well done