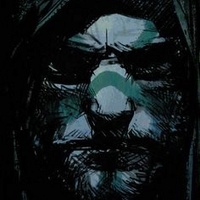 Nihl is weaker than Darth Wyyrlok (the 2nd strongest member of the One Sith), who in turn is capped by Vong Krayt.

Karness Murr was roughly equivalent to Vong Krayt, we can argue the details of this later.

This incarnation of suit Vader is much weaker than prime ROTJ Vader, who is weaker than ROTJ Luke.

Pre-Jedi Kam Solusar fought DE Luke. Consider:
1. Luke sought to turn Kam to the light
2. Luke realizes/admits that Kam might kill him
3. Both are pushed to exhaustion
4. Fight ends with Kam turning to the Light and no longer wishes to fight
Sound: The music crashes into "Imperial Attack" as the clash of lightsabers is heard.

LUKE AND KAM: (grunting with effort)

KAM: If I do not (grunts), others will follow (slash)!! I-- uhh--am one of many! The Emperor's Dark Side warriors will find you!

LUKE: Uhh!! If you kill me-unn--I will gain powers beyond your imagination.

LUKE: And your Dark Side powers are nothing to me, Kam Solusar.

KAM: (lashes at Luke, who blocks) How do you know my name?

LUKE: Through the Force. The Force brought me here, to Nespis VIII. It also brought me your name, and the knowledge that you have NOT completely gone over to the Dark Side!

KAM: NO!!! (Keeps striking at Luke, who blocks every move.) I am a Dark Jedi. I serve the Emperor!!

LUKE: The Emperor is dead. The Dark Side is defeated. I feel the good in you!!```

KAM: NO! (Attacks again--but not as hard as before.)

LUKE: I sense your old life. Before the Dark Side ensnared you. (Sound: Force hum begins.) When the Force flowed through you.

KAM: NO!! NNNOOO!!! (Attacks, but his heart's not in it anymore. With visible effort, he turns off his lightsaber.) My life is forfeit, Jedi. Kill me.

LUKE: I do not take life unless I must. Yours I give back to you. (turns off his lightsaber.)
KAM: Why? When I lured you here....I would have made this derelict space station your grave. The tomb of the last Jedi Master.

LUKE: Instead, I will make it the place of your rebirth. You were a Dark Jedi once. But only because you fell under the Emperor's spell. Now that spell is broken!!

Sound: The Force rises, to a wail. Kam cries out.

KAM: (with new strength in his voice) Skywalker.....I'm free.

It’s not an easy fight for Luke. He’s exhausted & admits Kam may kill him. Besides, Kam only loses because he turns to the light & allies w/Luke.

1. Immediately after he receives a boost
LUKE: Kam Solusar--I give you back your life!! I give you your freedom! I give you the power that is already yours-- the power of the Jedi!!
Sound: The Force fades.
KAM: (with new strength in his voice) Skywalker.....I'm free.
This growth is heavily supported by feats, as soon after his turn to the light side, he 1 shot his former master. If he managed to push DE Luke before this growth, just imagine how strong he would be after this boost.

2. Many Jedi at the academy specialize in a specific power. Kam is noted to have broad & astounding power in all areas (prior to any real training)

3. He grows stronger with EACH PASSING day
Luke gathered his Jedi Knights around him, sensed their growing power intertwined. They were a team, not just wild cards with powers and abilities they did  not understand.
[…]
There was no telling how long it would take for him to recover, but with each passing day the apprentices grew in strength as well.
Champions of the Force

All of this growth occurs within 1 year.

Kam is hardly a Knight, and would grow for 30+ years, becoming a Master, Battlemaster, Councilor, and potential GM.

Kam, at his peak, would absolutely body suit Vader. Can’t say the same thing for Nihl who is:

Karness Murr is also capped by base Exar Kun, who is in turn capped by TPM Maul due to NUMEROUS supremacy quotes, which I can share later.

He’s also capped by Marka Ragnos, who as a spirit, had trouble with a teenage Jaden Korr (Kam’s VAST inferior).