Message reputation : 100% (1 vote)
I have opened this thread to contribute to the general knowledge of all members of this board - in good faith.

The Protagonist: "I can feel the Emperor's presence here. I'd know it anywhere. But that presence isn't alone."

Satele Shan: "The Emperor isn't the only Sith to have left his mark on this place."

Theron Shan: "We need better eyes on the region around us. Scouts can only patrol so far in brush this dense."

Darth Marr: "It is more than that. I sense their fear. Their distrust. This world is mired in ancient hatreds, and we have brought more than our share already."

INTERJECTION: This place = the reconstituted ancient Sith Empire's by and large. Darth Marr is alluding to this corrupting influence. This part is expanded upon further in another meeting*.

Satele Shan: "You sense it too. Not the ancient Sith, or the Emperor. Not Revan. Another presence... different from the rest." 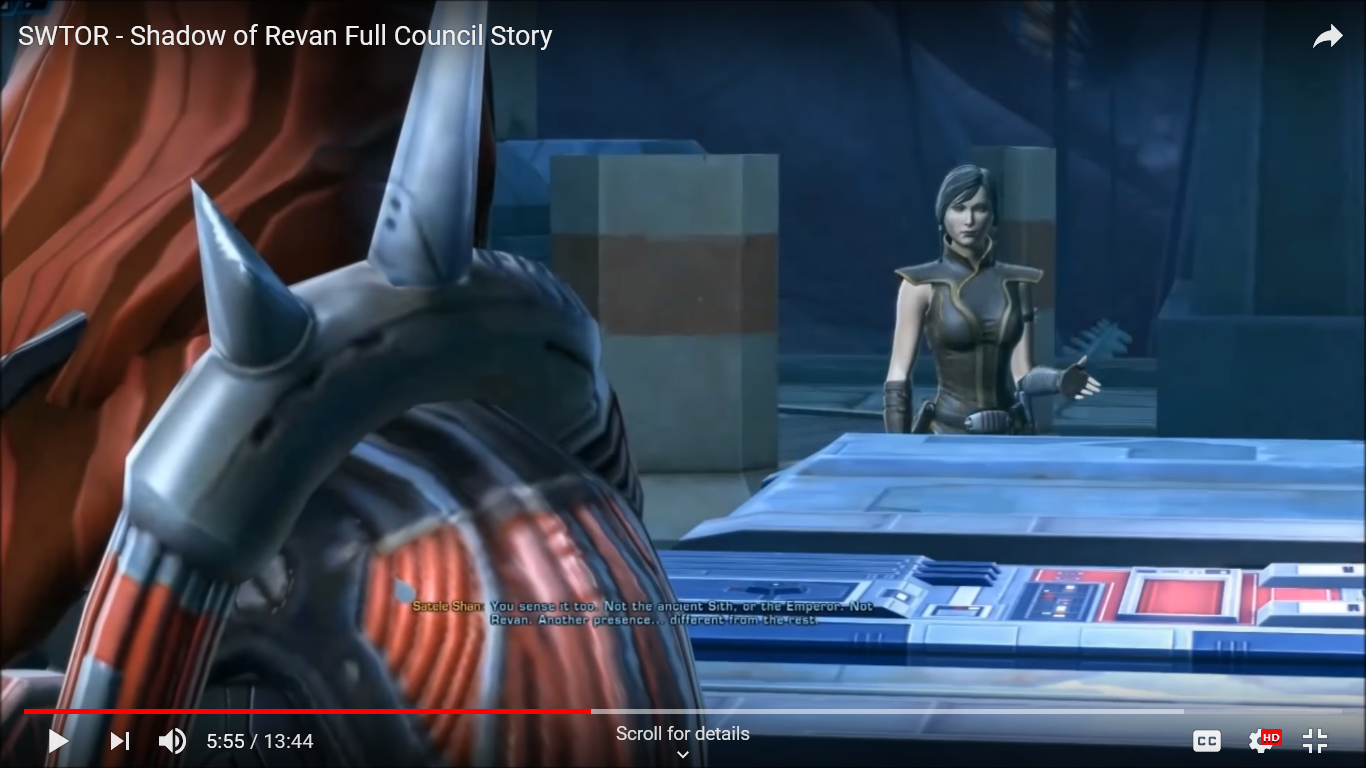 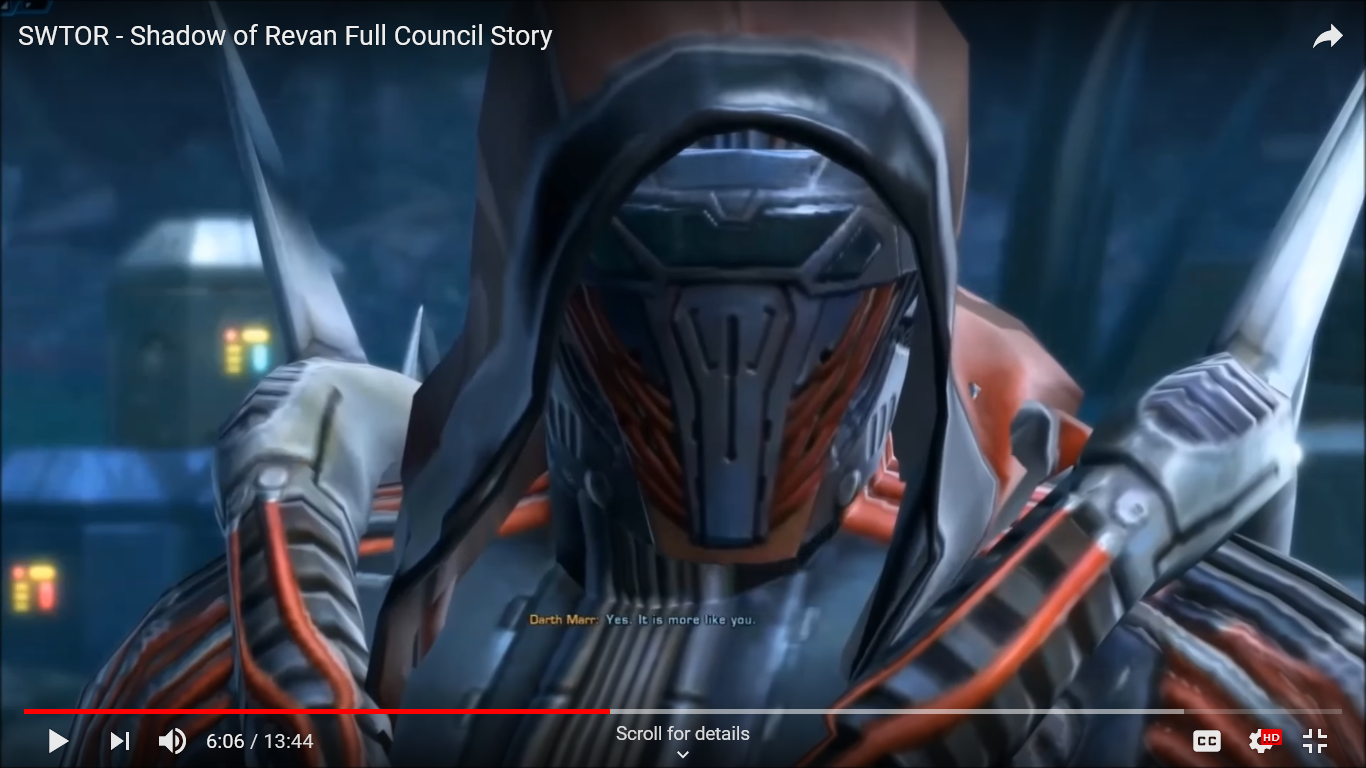 The Protagonist: "I sense it too. Is it clearly possible that a light side presence could exist here?"

Darth Marr: "Revan is here as well. And another presence, if you wish to believe the Grand Master."

Satele Shan: "The other presence--it's unclear. The dark side permeates everything here. Saturates it. I've been to Oricon, this is another level entirely."

The Protagonist: "Oricon was affected by the Dread Masters. Even their combined power was insignificant compared to the Emperor."

Darth Marr: "The Order of Revan is garrisoned inside an old Massassi temple. That is where the dark side is most prevalent." 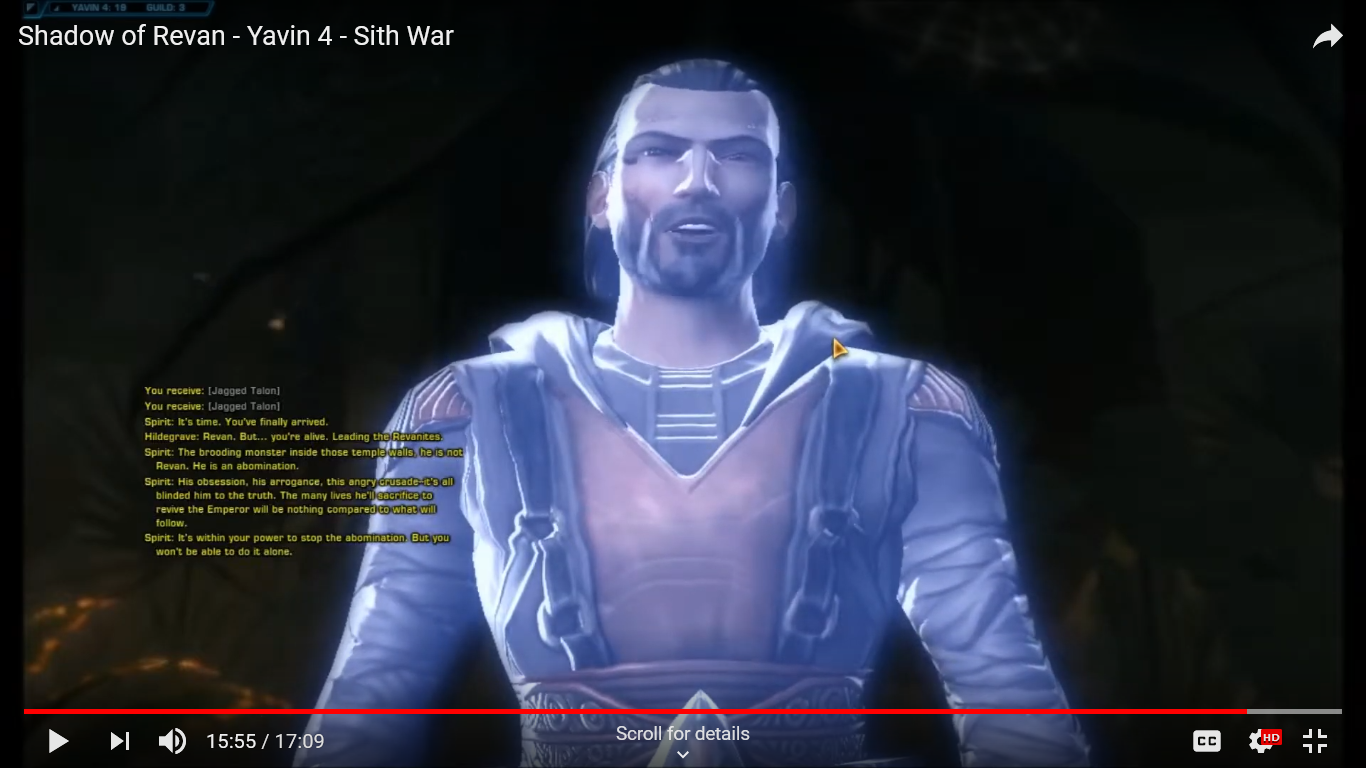 - and Darth Marr confirmed that this is the other presence he and Satele were alluding to all along: 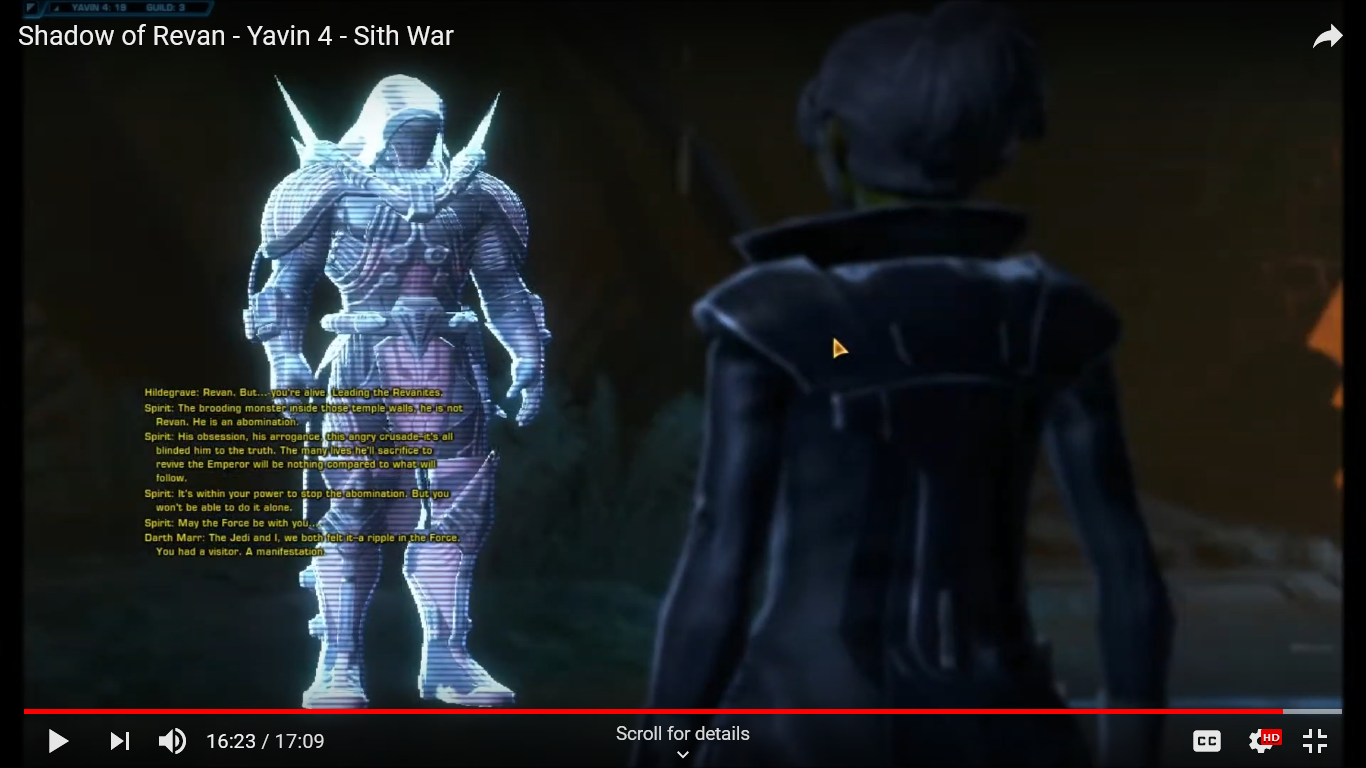 The Protagonist: "I still don't understand. This looks like Revan, but so did the spirit."

Satele Shan: "All truth is revealed with time."

The other presence they all felt and were alluding to in a series of conversations was the Revan's spirit all along which manifested eventually but Tenebrae's dark presence was making identification difficult beforehand. To paraphrase Satele Shan: "All truth is revealed with time."

Exar Kun definitely made a mark on this WORLD centuries earlier but it was scorched by the Wall of Light afterwards. The Sith came to this world again and the Emperor established his own Temple as well as an academy for the Imperial Guard here. Tenebrae's dark presence contributed much to the corruption on Yavin 4 when a part of his being shifted to his Temple from Dromund Kaas - this aspect is also discussed in one of the meetings relative to developments on Oricon earlier (see the exchange of dialogues in the THIRD MEETING above).

Exar Kun is not the theme of these discussions. Statements - when taken in isolation - can lead to misleading interpretations in person. It is much better to concentrate on the exchange of dialogues to glean the CONTEXT shaping the ongoing conversation for reliable interpretation.

Message reputation : 100% (1 vote)
ok, i have two different qualities. i love reading, and im also a fast reader. but to counter that, im extremely lazy, so is there a chance u can post a summary?

lorenzo.r.2nd wrote:ok, i have two different qualities. i love reading, and im also a fast reader. but to counter that, im extremely lazy, so is there a chance u can post a summary?

I will type a paragraph for you, and let you know.