Welcome to the next Canon Conundrum, this week with a look further back in time. This time there are no banned characters, besides entities like The Ones of course.
Time limit is the end of September 3
[hideedit]

Message reputation : 100% (1 vote)
while i think i know enough of kun to hold a convo, i really dont know anything about malgus aside from like, 2 accolades and sime fight scenes lmao 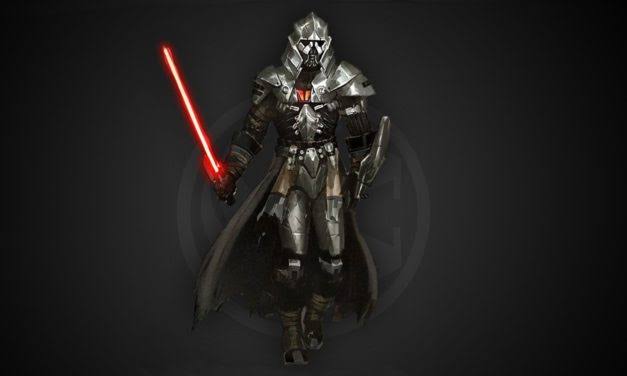 The spirit of Darth Andru is a demonstratable superior in power for an early Act II Darth Nox:

Lord Kallig's spirit is shown to be a massive threat to the entirety of Kaas City and to be the force orchestrating all of the events within the Dark Temple:

Lord Kallig Codex Entry wrote:-and that the strange events in the Dark Temple on Dromund Kaas have Kallig at their center.

The spirit of Lord Kallig literally waves off Andru's attack on Nox: 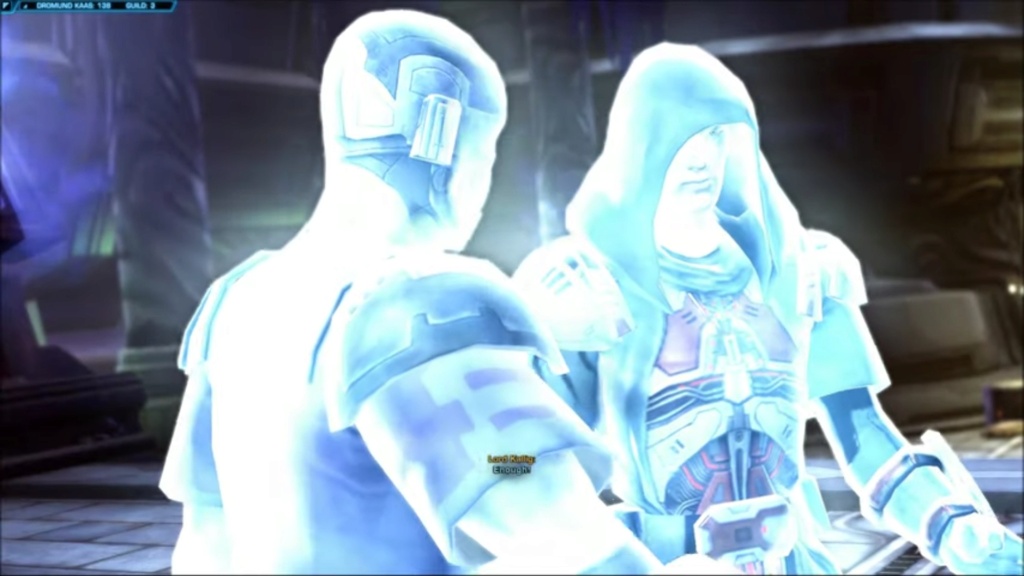 This being an incarnation of Kallig's spirit that has now been constantly drained of its power for a thousand years by Tenebrae:

SWTOR: Encyclopedia wrote:Burial place, prison, and reliquary, the Dark Temple was built on the orders of the Emperor to seal away powerful artifacts and the Emperor's enemies, both alive and dead. The temple became a nexus of dark side energy as the Emperor performed rituals within, drawing strength and knowledge from his captives.

Furthermore, all of the threats within the Dark Temple are all powered and dominated by Kallig's spirit due to him merely dreaming that he was still alive:

Spirit of Lord Kallig, Star Wars the Old Republic wrote:"When the weaklings of this planet trespassed my tomb, I rose, resuming my former life. This temple became my kingdom, and I was once more a Lord of the Sith."

Lord Allaric, Star Wars the Old Republic wrote:"His power overwhelmed all inside the temple, and even now workers plot wars against each other, believing themselves Sith Lords and drawing terrible power from Kallig himself."

One of these slaves, channelling a fraction of the power of a dreaming spirit Kallig, completely overwhelms the Wrath or Darth Nox as of the beginning of their respective Act 1:

Whilst both the Emperor's Wrath and Darth Nox grow multiple times more powerful. Coupled with this display of a fraction of Kallig's spiritual power and his aforementioned display against Darth Andru, it is obvious that spirit Kallig is easily close to Act III Nox or Wrath and would be far stronger without the Emperor's siphoning his power for millennia and far more so prior to his death.

Lord Kallig in his prime was an inferior of the reigning Dark Lord Tulak Hord:

Kallig Codex Entry wrote:Little is remembered of the Sith Lord Kallig. Like many ancient Sith, his name is all but forgotten, as more powerful--or at least more visible--Sith Lords have taken their place in the historical record. The only known mention of Kallig is in the writings of the famous Dark Lord Tulak Hord, who said "Easily the most ambitious, and therefore the most dangerous of my rivals is Kallig. Therefore, he shall be the first to die."

Tomb of Tulak Hord Codex Entry wrote:His command of the dark side and mastery of lightsaber techniques won Hord many battles, and each victory earned him enemies abroad and within the Sith ranks. Of the many who challenged his might, none were successful.

Tulak Hord having 'devoured' the spirits of 1,000 Jedi:

The Ritual of Tulak Hord Codex Entry wrote:In his time as Dark Lord of the Sith, Tulak Hord was known as a master of the mystical dark arts of the Force, using his powers to plumb the depths of life and death. In the battles of Yn and Chabosh, Tulak Hord is believed to have used a ritual to draw the strength of his enemies to himself, growing his power and vitality.

SWTOR: Encyclopedia wrote:One of Khem Val's proudest victories came during the Battle of Chabosh, where he fought by Tulak Hord's side to conqueror an army of Jedi 1,000 strong.

Force-Walking Codex Entry wrote:Three hundred years after Tulak Hord, the Sith Ergast tried to recreate the ritual the Dark Lord used to devour the spirits of his enemies at Yn and Chabosh.

Via what is stated to be a far more complete and powerful ritual than Force-walking; which is binding spirits, as Darth Nox does after Act I. (Noting how vast the difference in power between Nox pre-ghosts and Nox with all of them was):

Force-Walking Codex Entry wrote:Three hundred years after Tulak Hord, the Sith Ergast tried to recreate the ritual the Dark Lord used to devour the spirits of his enemies at Yn and Chabosh. In its place, he discovered what he called the ritual of Force-walking. Requiring a Sith of great strength of will, the ritual of Force-walking allows the user to bind the restless ghosts of dead Sith to himself. Once the ghosts are bound, the ritualist may draw from their power, channeling it into a powerful exertion of Force energy against his enemies.

This is also quite demonstratable, as the talisman of Tulak Hord, imbued with a fraction of Hord's power nearly overwhelms the mind of, and then blasts back, SOR Hero of Tython:

Tulak Hord's Madness Codex Entry wrote:Incidents of Sith Lords imbuing their most precious possessions with some fragment of their dark power appear throughout Sith history. Such ritual imbuement can be used to inflict all manner of trouble on those who would steal these terrible treasures. The Dark Lord of the Sith Tulak Hord was especially known for this practice, and many possessions of Tulak Hord’s have driven their discoverers to madness throughout the years.

His spirit also blasted SOR Hero of Tython so hard that it left a lasting mark on the Hero:

Star Wars the Old Republic wrote:You have been touched by the Force and an echo of that power remains within you.

Via all of the above together, we can see that Tulak Hord would basically dominate False Emperor Malgus. Nevermind Darth Malgus as of Decieved.

someone wants his trophy

No, it's literally been four days since the deadline. Nor do you even get trophies for this.

Apologies I meant October 3rd. But yes its past the deadline so this week's canon conondrum was again won by @LadyKulvax

The next canon conondrum will be posted later today

The new canon conondrums has now been posted!