Love how everyone has dumped the sequels last

Sith Archivist wrote:Love how everyone has dumped the sequels last 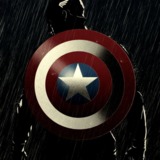 Haven't watched the others yet.

1. Revenge of the Sith
2. Attack of the Clones

EPISODE 2 FOR THE WIN

Objective ranking based on quality:

1. ROTJ- The Jabba's Palace sequence is my favorite in all of Star Wars and one of the most imaginative sequences in all of motion picture history. So many awesome, weird, grotesque aliens. Most of these designs we take for granted started in ROTJ and went on to become Star Wars icons - Grans, Hutts, Twileks, Gamoreans, Sarlaac pits, kawakian monkey lizards, rancors, quarrens, ortolans, mon cals, and ewoks to name a few. On top of that the force lightning and Funeral pyres for Jedi all got their start here.
The Emperor/Luke/Vader confrontation is the finest scene in all of Star Wars, and one of the best in movie history. The middle of the movie drags, but the rest is awesome - the space battle, throne room, Jabba's Palace, the death of Yoda, arrival of the Emperor.

2. ESB- A personal story that eschews bigger is better. The big action scene is placed at the beginning of the film and the rest of the movie is more  intimate. The Vader/Luke duel is a masterclass in directing, visuals, and tension. Introduction of Wampas, Tauntauns, Hoth, Yoda, Emperor, and Boba Fett.

3. ANH- I appreciate this one more as the years go by. The radio audio play version with Mark Hamil is a real treat. Tatooine, Mos Eisley, all great stuff. The final Death Star Battle Trench run is wonderfully edited.

4. TPM- This is special and there's nostalgia involved. As someone  who saw ROTJ in theaters in 1983 (I was 2!) the lead up, hype, and build for this movie was INSANE. Very few movies have had this hype in my lifetime. The only one I remember coming close was Batman 1989 (if you weren't there, you truly don't understand how big this one was). Entertainment Weekly magazines, the official Star Wars magazine releasing interviews and images leading up to this movie. There was a pre-release documentary that aired on FOX.
The Pizza Hut and Taco Bell tie ins, the Nintendo 64 games - this movie had a pervasive quality even for non Star Wars fans.

I had just graduated High School a few months prior and the EU was in full force. The biggest thing I remember was going to Taco Bell after watching the movie and just talking about it for about an hour with my group of friends and family.

The movie itself was fine. It's not great, but I was not disappointed at the time, and I'm still not. The acting from Natalie Portman hurts this movie. She was badly miscast. Child Anakin I like. Jar Jar is annoying - he's at a 10, he needs to be tuned down to about 7 or  6. Qui Gonn is my favorite Jedi outside of Luke. Darth Maul is my favorite villain in the franchise after Vader (I don't consider the Fetts or Thrawn to be villains).
I love the world building. I like the basic story. I like the additions to the franchise - Sith Rule of Two , Battle Droids, Neimodians, Dugs, Zabraks. Seeing Coruscant realized on film was great. The score for TPM is also one of the best in the franchise.
Not a good movie, hardly a bad one.

5. ROTS- I love Darth Sidious and seeing Anakin as a Knight. The score is good,  the opening seeing him and Obi Wan together is the best part of the movie. The lightsaber fights are great. By this point though, the quality of the prior 2 films compared to say the LOTR trilogy had taken it's toll on SW. This one was the first one I did not see opening weekend. At this point I'm 6 years out of high school and the luster is gone from SW.

I have spoken to a lot of younger people at work (early to mid 20s) who saw this as a kid and this is their favorite of the saga and I had one person unironically tell me this was his favorite movie period.

As the years continue to pass, I appreciate the impact this movie had on younger kids who are now moving into adulthood. On its own it's still not as good as any of OT, but it's got a lot offer.

6. ATOC- Not a good movie. Legitimately bad. Not TFA (retroactively) or TLJ bad, but not great. I remember the early review in ET Weekly stated it was better than TPM. I left the theater thinking I had the opposite opinion. I like TPM better after watching ATOC. The romance was cringe inducing then, and hasn't changed. The Obi Wan/Kamino/Genosis stuff is the only saving grace from the movie outside of the score. The music by John Williams is great. Anakin/Padme's theme is beautiful. Jango's theme is great.
Jango Fett is my favorite part of the movie and my favorite character in all the films. Outside of Thrawn he's my favorite SW character.

This one is still light-years ahead of TFA, TLJ, and ROS because at least it's telling a story of its own and furthering the overall story. There's good in it and it's not the worst movie I've ever seen.

TLJ was the worst of the 4.