-ESB being the highest is self-explanatory.

-ROTJ and ROTS have stronger peak moments than ANH (e.g. Padme's Ruminations, The Throne Room Scene, etc), but are overall more flawed (e.g. ROTS can be incredibly cringe-worthy at points due to poor acting, dialogue, etc, and in ROTJ the characters were written and acted worse - Han and Leia were much stronger in ANH - alongside it having a first act that feels disconnected from the rest of the movie + a boring second act + just generally wack stuff like the Empire losing due to what is basically an army of teddy-bears).

-AOTC is perhaps worse written/acted than the Sequel Trilogy, but is overall superior in my view due to not being saga-butchering.

-Each of the sequels destroys past films in their own way and overall devastates the franchise - I hate them all.

-TPM is way more boring than AOTC, but ultimately not saga-butchering like the sequels, so it's above them (even if it's way less entertaining).

While ANH and ESB will always be my favorite SW movies, the others change often.

3. ROTJ - Has my favourite lightsaber duel of all time, and Anakin's redemption was amazing. Sidious was a very intimidating villain, too.

4. TPM - Amazing lightsaber duel, great soundtrack, and I loved Qui-Gon as a character.

5. ANH - Weakest of the OT in terms of general interest, but introduced us to great characters and started the entire thing off.

6. Rogue One - Thought this was a meh film until the last scene with Vader.

7. TFA - Imo the most enjoyable of the ST, though that's not saying much. I also really liked Kylo Ren in this.

8. AOTC - Weakest of the PT by far. Only good for the first (assassination scene, intro, Coruscant chase) and last (Petranaki Arena onwards) hour.

9. TLJ - Only Star Wars film I've ever fallen asleep in due to how many pointless twists and "subverting of expectations" that was frankly boring and (at times) very predictable. If it wasn't a Star Wars film, it'd be amazing. Over time, I've really started to enjoy their portrayal of Luke, albeit I still have some problems with it, especially the opening with Luke where he chucks the lightsaber.

10. TCW movie - I loved this as a kid, so it gets points for nostalgia.

11. TROS - Just terribly written and horrific pacing. Finn was reduced to a cheerleader screaming "Rey" every ten seconds, Kylo's redemption was honestly very sudden, the Knights of Ren were wasted, it took a novel to even somewhat explain Sidious' return, and it's overshadowed by a far better original script. I try to say something positive about every film, so the Jedi voices touch was brilliant and both Daisy Ridley and Ian Mcdiarmid's performances as Rey and Sidious respectively were amazing. Unfortunately, that's not nearly enough to save it.

TPM is actually one of my favorites in the movies tbh

I legit think it is far better than AoTC

LOTL wrote:TPM is actually one of my favorites in the movies tbh

I legit think it is far better than AoTC

AOTC had truly awful dialogue, a lack of experienced actors, and was far too reliant on CGI that it became obvious where green screens and the like were used and where they were not. TPM, while not amazing, had experienced and talented actors like Liam Neeson who could carry the story and most of the writing was pretty decent. Some might even say good. Imo, TPM >>> AOTC. 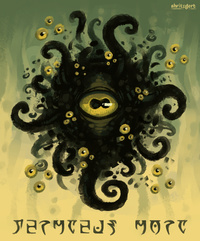 It really must be said that I consider TROS to be absolute garbage, even by the low standards of the sequel.

If I were to designate tiers: ESB, ROTJ and ROTS are very good. ANH and TPM are interesting. AOTC and TFA are meh but watchable. TLJ is bad. TROS has it's own tier of absolute and unadultered garbage. 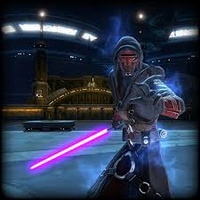 Message reputation : 100% (2 votes)
I know I'm probably gonna get flak for my list, but it's all opinion anyway so who cares.

1. Return of the Jedi - Best emotional payoff of any movie in the series with Anakin's redemption and Luke finally becoming a true Jedi. This was the movie I watched the most as a kid, to the point that the VHS had pretty much worn out.

2. Empire Strikes Back - Widely considered the objectively best Star Wars movie. Has easily the most iconic plot twist in the history of cinema. Some of the most stunning visuals in all of the franchise. What more can be said about it that hasn't already? Honestly, it should be my number 1 pick too, but I'm just a sucker for the redemption story in RotJ.

3. A New Hope - The one that started it all. It'd be a disservice to not have it in the top 3. It's hard to find an actual fault with this movie, aside from the constant revision that it's been subject to since its initial release.

4. Revenge of the Sith. Unquestionably the best of the Prequel movies. The opening of the movie is probably the strongest of the entire franchise. Easily some of the best music in all of Star Wars as well. The only thing hurting it is occasional bad dialogue, and honestly the Obi-Wan/Anakin duel is a bit over-the-top for me (mainly, the excessive twirling).

5. Rogue One - Probably the most intense Star Wars movie that's been made. The whole battle of Scariff is amazing. Darth Vader's scenes steal the show. Krennic is a delightful baddie. Honestly, just a fun watch all around.

6. Solo - A bit too much of a focus on showing us how Han got, well... Everything. Man, this movie really didn't leave much of Han's past up to the imagination, did it? But still pretty fun. Donald Glover was a great Lando, and Alden Ehrenreich was a pretty solid Han Solo. Dryden Vos was also kind of neat, and many of the references to old Star Wars materiel were fun.

7. (And here is where I probably lose everyone) The Last Jedi - In my opinion, the best of the Sequel trilogy. It feels like the only one that tried to do anything new or different. It definitely had its faults, but so do pretty much all the movies below it on this list. And for all its issues, I personally enjoyed Luke's arc within the movie, as well as Kylo's. I at least get more enjoyment out of watching this movie than I do any of the following.

8. The Phantom Menace - I'll be honest. Too much of this movie is just boring. It's hard for me to even sit through. I don't re-watch this one. I just go on YouTube and watch the pod race, the Qui-Gon vs Maul fight on Tatooine, or watch the Duel of the Fates. Those are literally the only good points in this entire movie, and the rest of it is just so dull and hard to sit through.

10. The Force Awakens - This just tries way, way too hard to be A New Hope all over again, to the point that it ends with the Galaxy in the exact same condition it was at the end of A New Hope. Objectively, it's a well-made, well-scored, well-acted film. But it doesn't really bring anything new to the table, and only serves to set up future installments in the series. I get wanting to play it safe, but this movie just did nothing of value in my opinion.

11. Attack of the Clones - This is, hands down, my least favorite Star Wars movie. It's boring. The dialogue is so awful it's only good for memes. The plot makes next to no sense with even an ounce of critical thought. This is the movie I least look forward to when I do my annual Star Wars re-watch.

Post TROS I did what I always do with a SW movie, enter the denial phase and refuse to admit that it's terrible. My list now:

TCW series - most episodes are of high caliber with original writing, good character development, plenty of details, and non-censored action/violence.
V
V
RotS - probably the darkest SW movie; very emotional; great plot progression; lightsaber fights. I remember leaving the theater depressed, and even rewatches leave me feeling like shit until mid teens.
V
V
ESB - the most interesting original imo. Had some dead-space, but vader-luke conflict is renowned
V
RotJ - I like Jabba arc, space battle, and meeting Sheev. Loses points due to ewoks taking away at serious theme.
V
R1 - Good overall.
V
ANH - cheap movie with some bad acting from Harrison Ford; but it's hard to downplay the original.
V
V
AotC - only the geonosian fight onwards is redeemable imo. Too much cringe from Ani + Padme love story occupying too much of it.
V
TPM - Meh unless you like intergalactic politics. Theed raid + Maul fight are the redeeming qualities. Diddo Aotc
V
V
V
TLJ - Only good thing about this movie were the cinematics, action, and adhd pace of it. Plot was meaningless in the grand scheme of SW
V
V
V
TFA - rip-off of ANH with bad jokes and acting.


Did not see:
Han movie
Rise of Skywalker
Mandalorian
2003 TCW 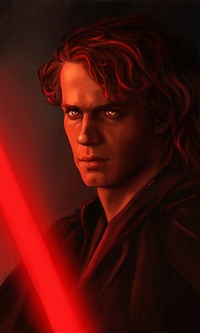