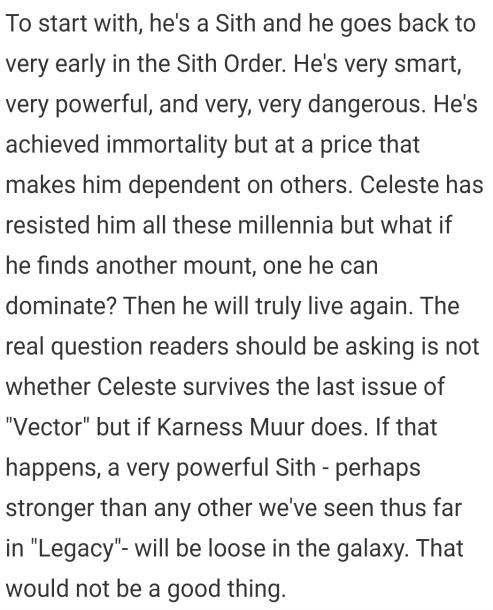 Ostrander is the lead writer of all of Star Wars Legacy.

While not all debaters use his comments or care about intent, I know many do incorporate them into debates, rankings, and respect threads.

This also sheds new light on another quote labeling Muur > late-Vong Krayt, which has been ignored for suspect reasons:

Credit to @Haggis for the quotes.

Cool. Imma use this

I belive the second quote was adressed by ILS in his Darth Krayt essay on comicvine.