SS - Valkorion (The Balanced One) vs Kyp Durron (Stanley)

SS - Valkorion (The Balanced One) vs Kyp Durron (Stanley) 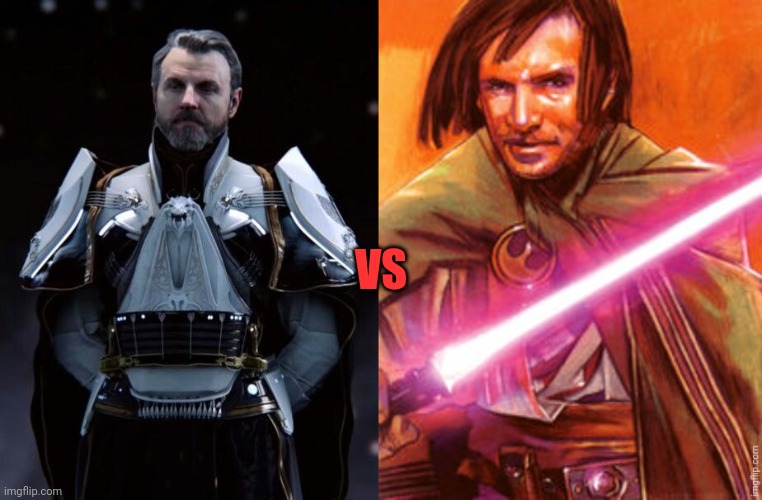 Rules:
1) Three post per side.
2) Each post should contain max 10000 characters.
3) Each subsequent post can take a maximum of two weeks to respond.
4) Adding new argument in third post is banned.
5) Feats take precedent over directly and indisputably contradicted statements.
6) Quotes are binding and have no expiration date unless directly or subtextually contradicted. For the latter, such a case must be made within the debate itself.
7) All letter or number statistics ascribed to characters from C-Canon sources, including role-playing games and trading cards, are banned.

And about combatants:
1) Kyp Durron from the time of Fate of the Jedi Apocalypse.
2) Tenebrae in body of Valkorion and all his appearance are counted.
3) Hero Of Tython and Outlander aren't the same person.
4) Outlander is force sensitive.
5) All choices of hero's journey are counted (for example choices between Dark and Light Side).

Kyp Durron or Valkorion who would win? Well obviously Kyp becouse Valkorion is this guy whose body was possessed by Tenebrae and he is obviously weaker than Kyp.


So after this funny opening lets go to real debate.

I will divide this post into 3 categories and i show you that Kyp wins in all of them.

Kyp Durron was extremely good athlete. Even in 13 ABY he could jump over great distance. 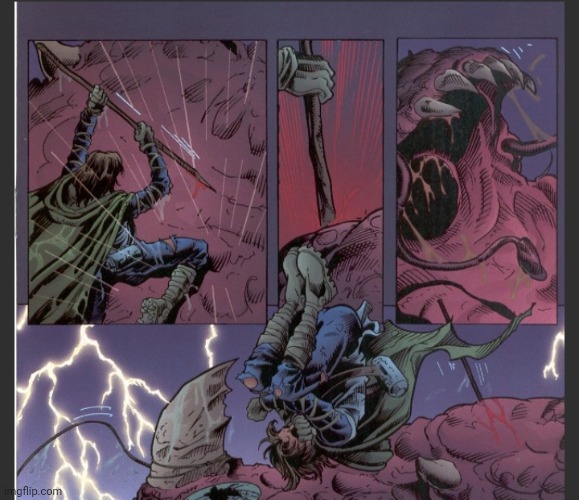 His resistance to pain was on highest possible level becouse he can just blocked pain when he need. And we talked here about 11ABY Kyp Durron who was just a student. 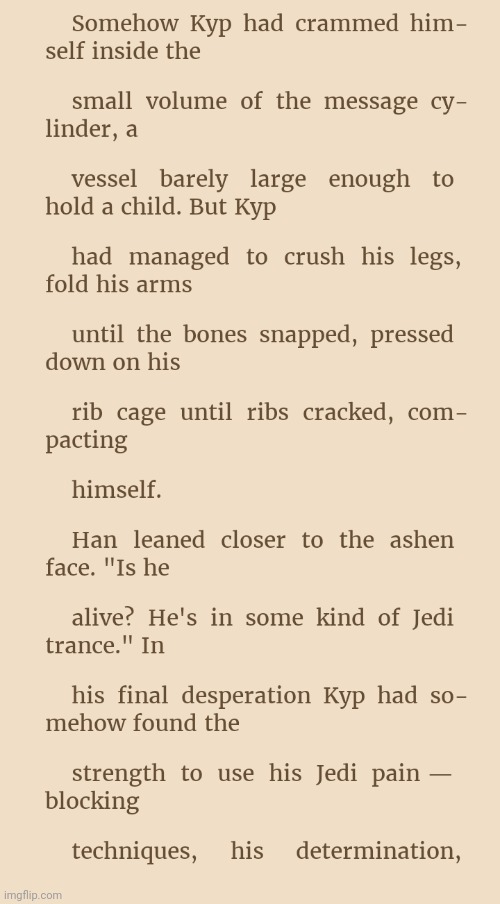 Star Wars: The Jedi Academy Trilogy: Champions of the Force

But what about Valkorion feats? Well they just doesn't exist. During his long life he most of his time spend siting on his throne and there is no indication that he goes to gym or something like this.

So Kyp win in this category.

Kyp Durron was definitely one of the greatest lightsaber duelist of his era. Luke Skywalker even called him ,,expert swordmaster". 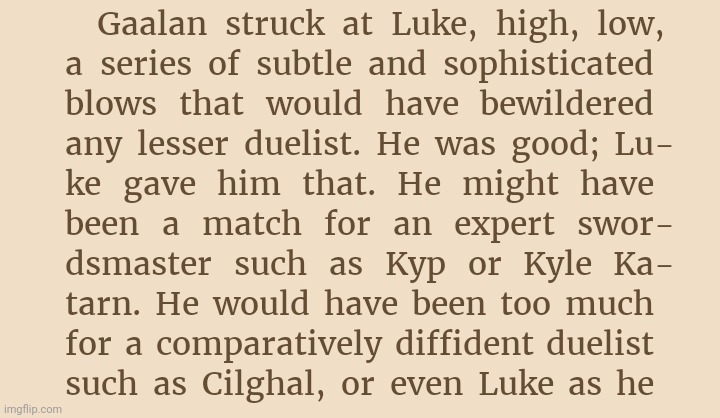 But lets analize one of Kyp's duel.
This will be duel from LotF Fury chapter 4. When you read this chapter you can quicly realize that he was even closer to Luke Skywalker level in terms of lightsaber skills.
You can say that this was only sparring session but:
1) This trainig was extremely danger to non-Master level Jedi. 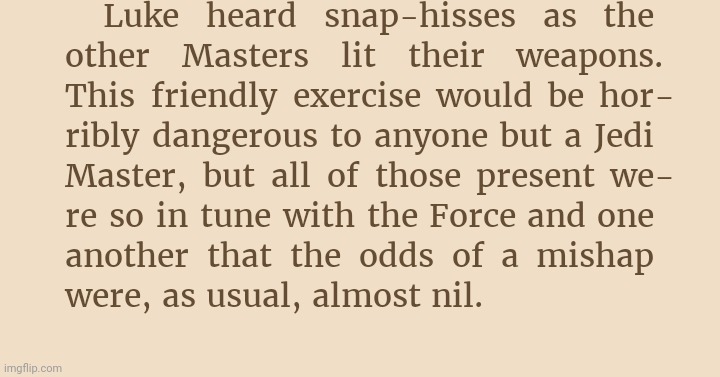 2) That didn't stop Luke from showing his superiority over Cilghal(he did it twice). 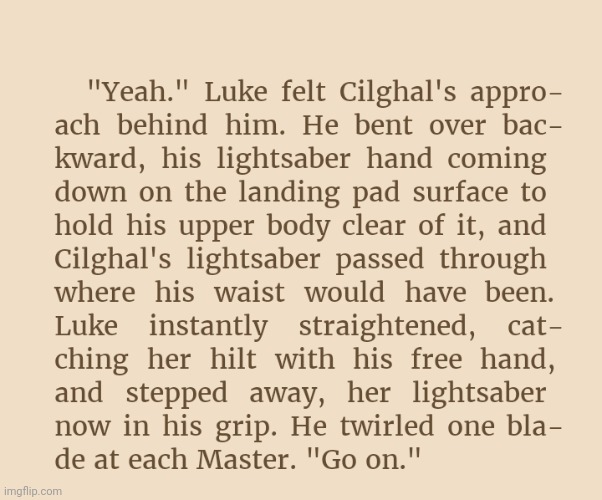 But he didn't show superiority over Kyp. And in this duel Kyp also show that he has strong defence. 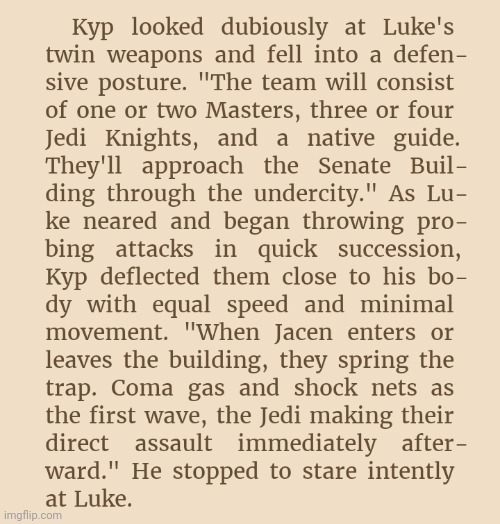 So Kyp Durron~GM Luke Skywalker in terms of lightsaber skills. And GM Luke was better than DE Luke Skywalker as duellist. Also even DE Luke beat Reborn Palpatine in duel. 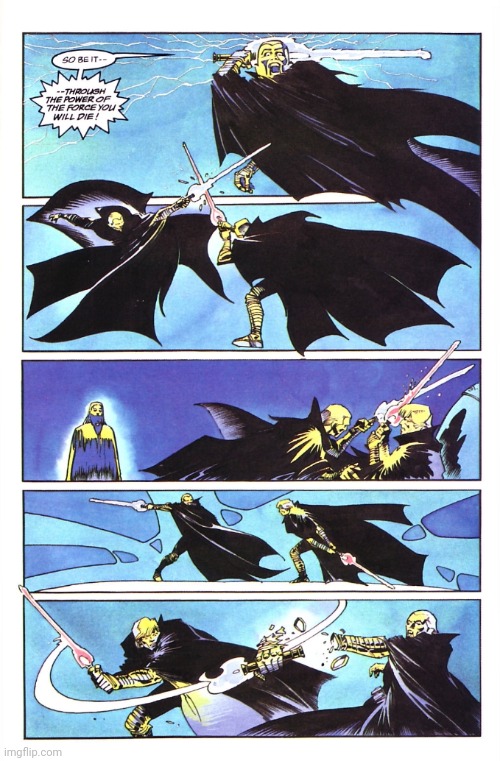 He also compete with Yoda and Mace Windu the best swordmaster's of his era.
https://youtu.be/iFUs7E8liZU

With Mace he was equal as swordmaster. 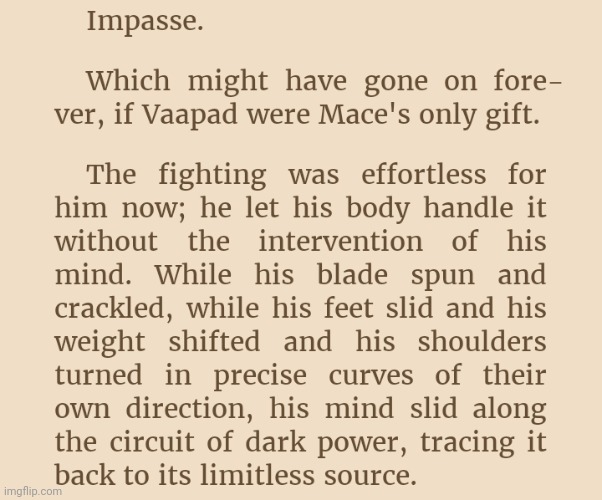 Revenge of the Sith

But Kit is important here becouse he is better than AotC Obi-Wan.

You can ask ok but what Obi-Wan have to do with Valkorion? Wait a second we are in the middle of my chain. AotC Obi-Wan is important here becouse.
1)He is good example of Jedi who is ,,better than average master level duellist of his era".
2) He fought with Jango Fett the best bounty hunter of his era. And this is important becouse Jango is better than Braden. Why?
1) Becouse of technology development.
2) Mandalorian's have 3600 more years of experience in fighting with Jedi.
3) He fought with Jedi and Dark Jedi earlier but there is not evidence that Braden did it.
https://youtu.be/RcT_rEHM2eg

And Braden is also important here becouse he killed GM Zym who should be even above category ,,better than avarage master level duellist of his era". 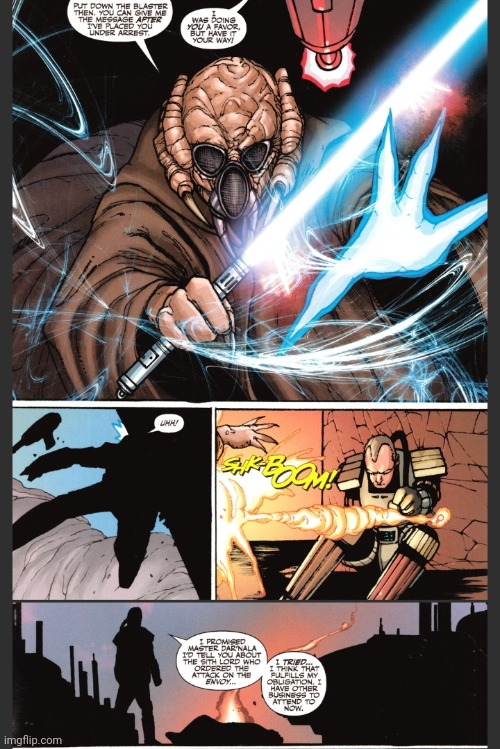 To be clear in terms of fighting skills even this guy from Imperial Guard fought better than Vitiate.
https://youtu.be/bq5X3F3g69c 6:02

And i know that this is game mechanic but this is only time when we see Vitiate with lightsaber and this fight also show us pattern Vitiate use lightsaber only to support his force skills. Which is consist with his another fight. In fight with Revan he didn't have even his own lightsaber.

And in his another fights he just didn't used lightsaber.

So this is my chain GM Luke Skywalker~Kyp Durron> DE Luke Sywalker> Reborn Palpatine>RotS Palpatine=Mace Windu>>> RotS Kit Fisto> 21BBY Kit Fisto>21BBY Obi Wan>AotS Obi Wan~Jango Fett>Braden>Zym~Tol Braga> Vitiate.
Ok this was my long chain that to be clear i don't think was necessery. Becouse when you look on this duel between Emperor and Hero of Tython it is clear that Tenebrae is incompetent as lightsaber duellist.
https://youtu.be/dfgNwFq2K54 1:44

And in terms of skills with using blaster Kyp win by default becouse Valkorion didn't use blaster.

Ok before we jumped to next category it's worth noting that Tenebrae must not only be better than Kyp in force but he must be MUCH better becouse unlike in Yoda vs Sidious duel if this fight become lightsaber duel Vitiate will be dead within 0.5 second.

So i give voice to Chosen One for a moment and we can jump to force category.

And in this category i want to stealman Valkorion and i show you his most impresive feats. In my opinion this feats are:
1)(T) breaking 4 Master level Jedi force bariers instantaneously.
https://youtu.be/bq5X3F3g69c 9:00

But before we go to the Kyp feats we should noted that most of this feats 5/9 was on darkside nexus(N) or he have time to preparing/ time after fight(T) 6/9 or both 4/9. And when he consume Ziost he use ritual not raw power. Why? Becouse:
1) when he did similar things to Nathema he used ritual not raw power.
https://youtu.be/vJhu9Qdfx5Y 19:00

2) We know that he planned performing the ritual that could consuming all galaxy. So this was his modus operanti.
https://youtu.be/dfgNwFq2K54 19:36

3) He never showed this skills during combat.
4) This took him some time he didn't do this accidentally. Why was he waiting if he could do this just like that?

Ok so how Kyp can answer to Valkorion's force lightning's. He have a lot of options:
1) He can just block this with lightsaber we know that this is possible.
https://youtu.be/dfgNwFq2K54 0:30

And i remind you that Vitiate was on DS nexus.
2) He can use standard NJO trick to counter force lightning and creating force barier. 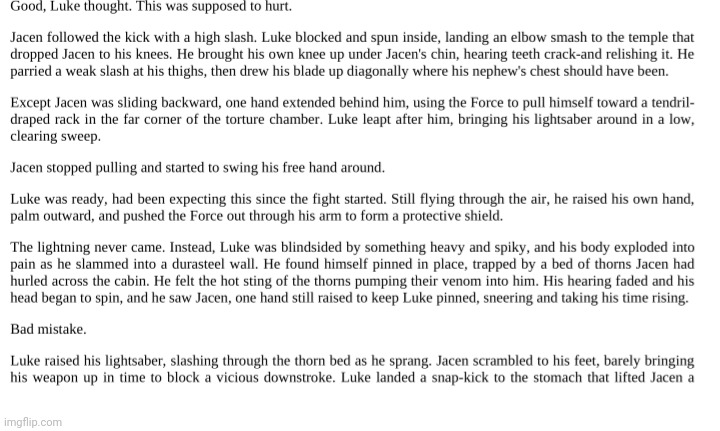 Legacy of the Force: Inferno

3) This option is more pragmatick, he can just...avoid being hit. We know after 1 category that Kyp was perfect athlete.
4) But the most awesome option for Kyp is redirect this lightning into Valkorion. How? He skills with controlling energy was formidable. 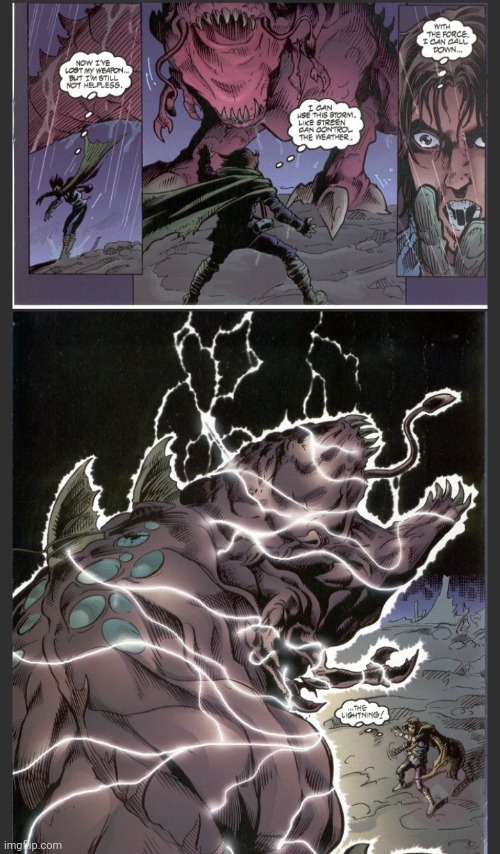 And to ilustrate you how great was power of this lightning i can show you how tough Leviathan's were. 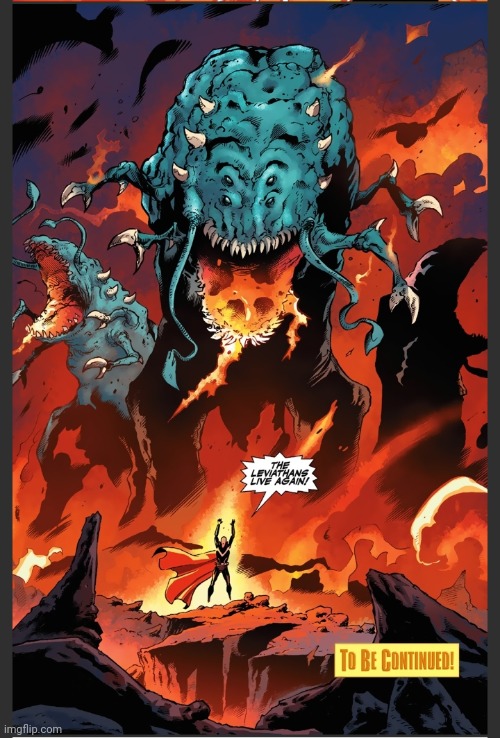 Lost Tribe of the Sith: Spiral

They could survive in lava almost 4000 years. And Kyp could kill them after 2 years of training.

But even if all this tricks failed Kyp after being hit by lightning can also release himself. 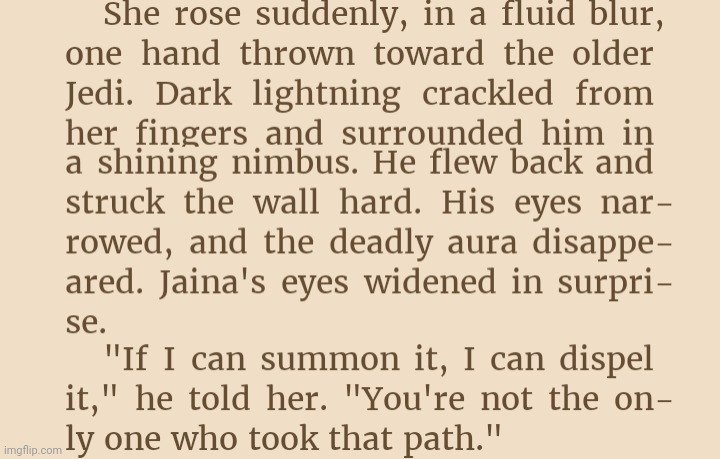 And this lightning was extremely danger becouse it has ,,deadly aura".

And this is feat that even GM Luke Skywalker himself have problem with.

Despite dealing with weaker force lightning. 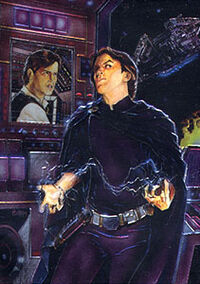 Next we have Vitiate illusion's how can Kyp deal with them? He can just use force lightning blaster or lightsaber becouce this illusion's don't have protection against energy based attack.
https://youtu.be/dfgNwFq2K54 2:00

And Tenebrae only once used this trick when he was on DS nexus with time to prepare.

Ok but what about telepathy.
In the begining i must say that Kyp was also formidable telepath. 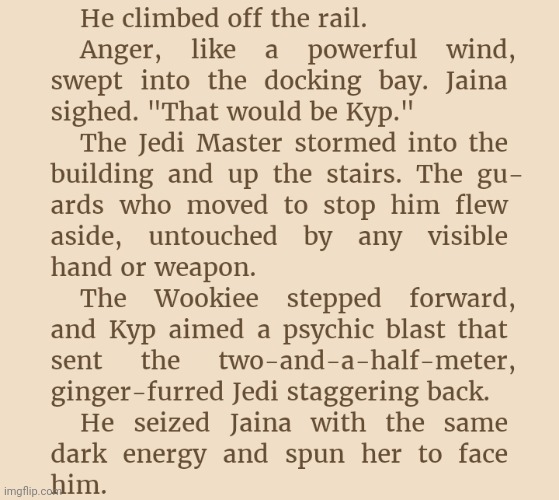 Kyp also posses knowlege about ancient Sith technics from Exar Kun and he can use them. 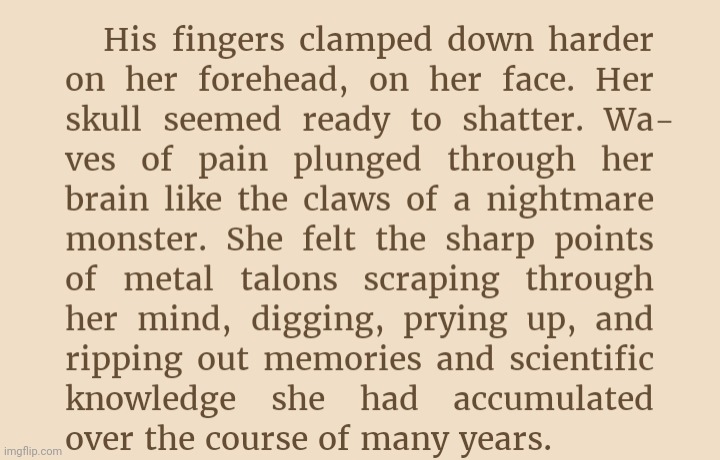 So maybe Valkorion not Kyp should worry about his mind during this fight?

But could Kyp survive Tenebrae mental attacks. Short answer Yes. Medium answer Yeeees. Long Yes becouse:
1) As i showed you Sith Emperor generally used this tricks on nexus or when he have time or with weaker telepath.
https://youtu.be/nwROaubQihs 23:37


2) This is possible to break Valkorion domination(even weaker force user can do it)
https://youtu.be/Fjh6vparLcw 8:30 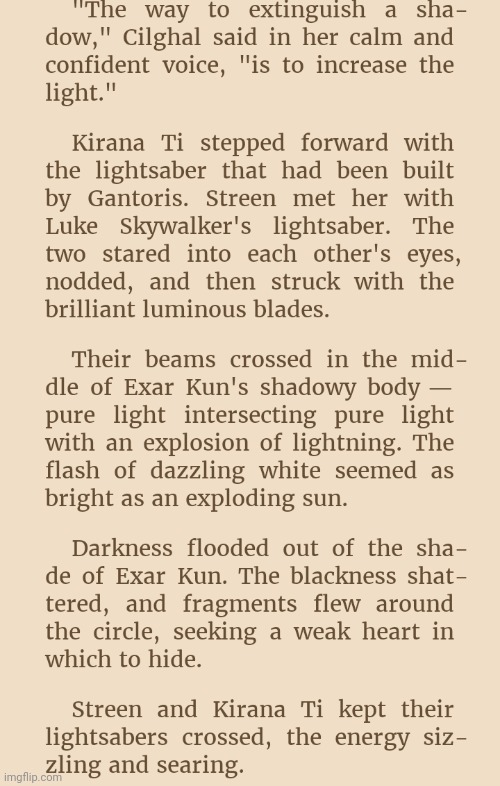 Champions of the Force

Luke Skywalker used similar technic to break Abeloth domination(She is much more powerfull than Valkorion and Luke was not in good health).

Fate of the Jedi: Conviction

And claimed that Jedi of his era know this trick.

Fate of the Jedi: Conviction

3) He can just blocked mind. Even adept that just begin in NJO know how to do this. 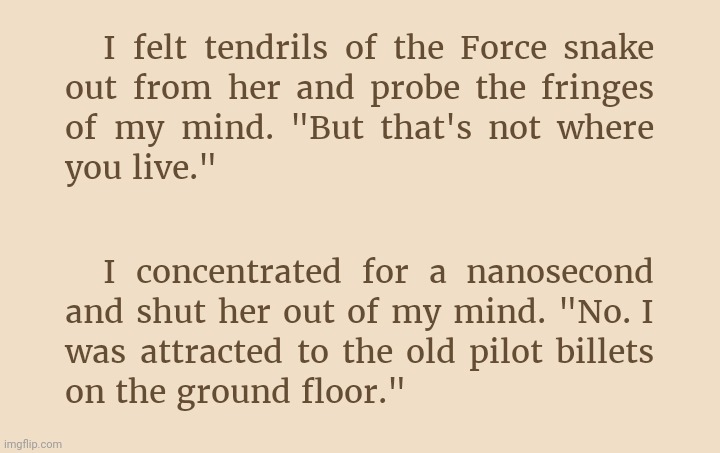 Champions of the Force

But how Kyp can deal with Valkorion force shield? Well he can just break it with TK. We know that Valkorion barier can be broke by less powerfull TK user.
https://youtu.be/dfgNwFq2K54 2:50

Note that Vitiate was on DS Nexus and Hero is weaker than Kyp in TK(he strrugled with moving this column).
https://youtu.be/dfgNwFq2K54 3:19 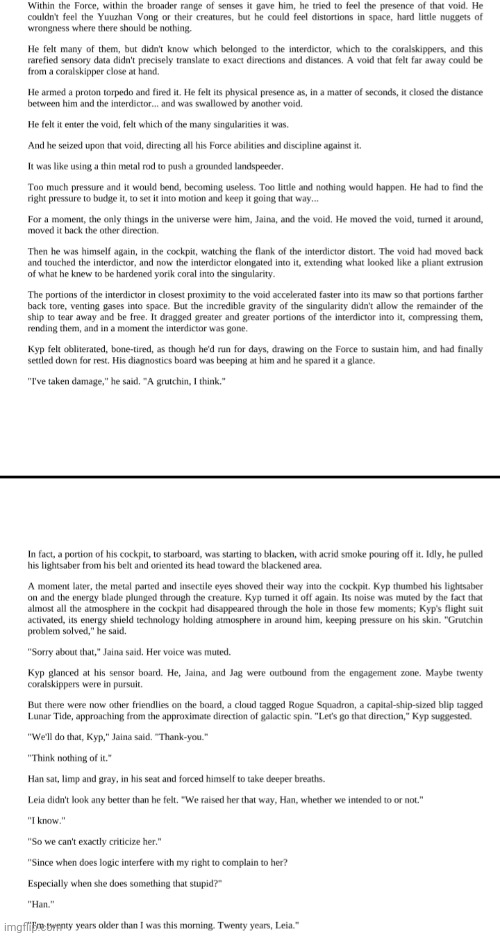 To ilustrate how great this achievement was i give some scientific fact. Black hole with diameter 2 centimeter is heavier that the earth. We can also created chain here 27ABY Kyp Durron> 25ABY Luke Skywalker becouse when Luke manipulated smaller black hole he passed out. 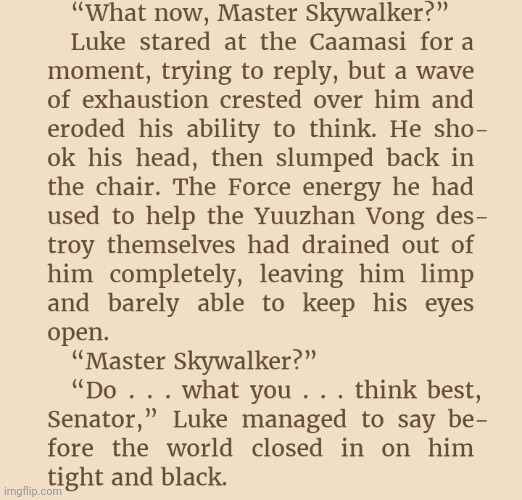 But Kyp still was capable enough to kill some YV bug. 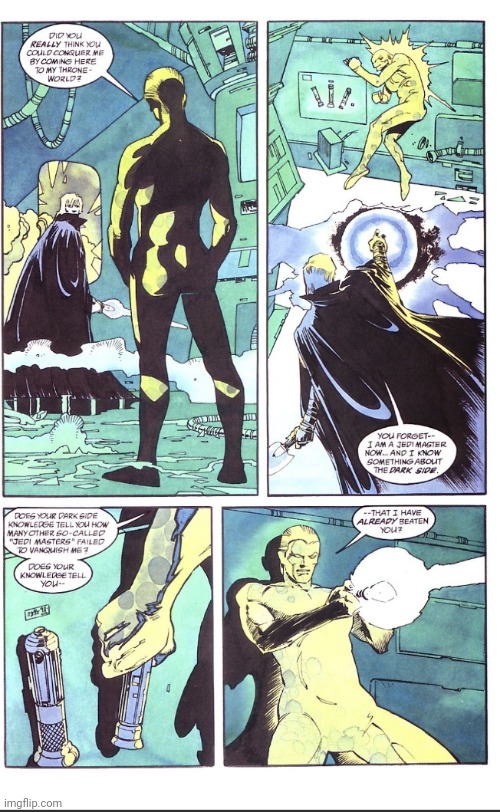 Dark Empire I
Who was more powerfull than Valkorion.

And Kyp telekinesis was not only powerfull but also extremely precise and fast. 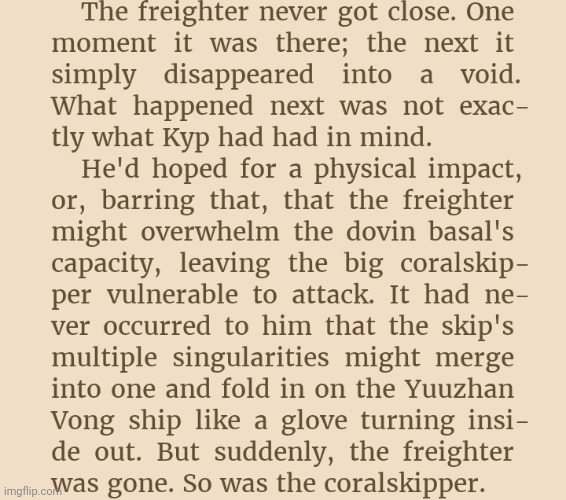 Dark Journey
And before we end TK category i remind you how fast spaceship are and Kyp hit one. This show clearly precision and speed of Kyp's TK.

So to sum up Kyp can not only answer to everything what Valkorion can throw against him but he can also smashed him with TK, attack him with energy based attack  or maybe even with telepathy. And he is also better than Sidious who was better than Valkorion.
You can see that Kyp is not only better in 1 or 2  but in all 3 categories.
And Kyp has extra advantage over Valkorion becouse he dueled with someone on greater level than Valkorion. Contrary to Valkorion who fight only with someone under his level and even then he loose much of his duels.

Ok so this is my opening post thank for reading now is your time to respond. 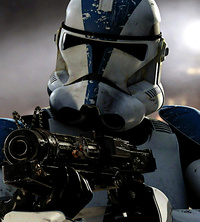 Hey Stanley, would you like to do an SS Maul vs Dooku where I'm Maul and you're Dooku?

No i'm not interested. I don't know enough about Maul and Dooku.