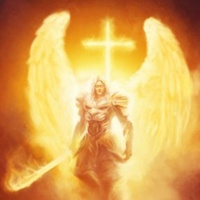 Of course, neither of them are going to drain a planet mid-battle but the fact is it's a feat exponentially better than anything Vader's accomplished especially when you consider the fact that Vitiate did it while heavily weakened.

I don't see how you can feasibly quantify the feat and justify oneshotting Vader. We don't know how it was accomplished for one. We also don't know how useful the technique itself (the death wave) is in combat versus how it affects the environment.

We know different techniques produce different effects (TK will always cause far, far more environmental destruction than Force Lightning), but that doesn't always tell us their utility in a fight versus a Force wielder ( we know that lightning can cripple someone and cause their body to spasm uncontrollably in ways blunt TK cannot even if coming from the same fighter).

My point is twofold: not only am I willing to bet that Vader's Force defences are most potent than anything that was destroyed in that death wave (and probably plenty of the stuff that survived it, and that's even if the deathwave is able to be used in combat [we don't know how it was summoned]), but I'm also willing to bet that if SWTOR Vitiate or Revan took their same power and used something more along the lines of telekinesis or lightning, they would not "oneshot" Vader through his prepared defences. At least, I don't see any reason to believe they can, and am not privy to a feat where they've oneshotted a Vader level opponent.

Well, if you're looking for quantifiable combat feats as far as SWTOR Vitiate is concerned, I would first and foremost bring up his utter domination of the four "most powerful and resolute jedi" in the galaxy during the Act 2 finale, a team which included:

I know in the face of the zany scaling chains birthed in the postmodern era it can be hard to look at this and say, "wow, that's crazy," but when you consider how easily Vitiate was able to just annihilate this strike team of extremely powerful jedi (essentially by just waving his hand), and that he wasn't trying to kill them, but dominate their minds and turn them into his pawns, and that the huge gaps shown in scaling chains are generally not shown on paper, the feat becomes insanely impressive. The Hero of Tython even notes at the end of Act 2 that it wasn't even really fair to call it a fight. Compare this to how the likes of Darth Caedus are more or less rivalled by a comparatively inferior strike team.  When I look at it like this, I find it hard to believe Vitiate would perceive Vader as much more than a triviality.

As it relates to Revan, well, I'd have to see the definitive argument for why SOR Revan is on par with (or above) SWTOR Vitiate. 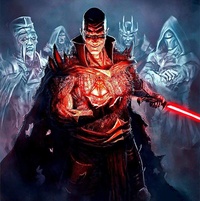 DC77 wrote:Vader as of ROTJ.

Revan as of SOR.

Who wins out of these two titans?

So basically, you're completely erasing feats and accolades for Vader to artificially engineer Revan's victory here? Why even make this thread if you're going to intentionally make it unfair for the other side, especially when not everyone agrees with me on Vader's standing even when all of his material is enabled?

DC77 wrote:Vader as of ROTJ.

Revan as of SOR.

Who wins out of these two titans?

So basically, you're completely erasing feats and accolades for Vader to artificially engineer Revan's victory here? Why even make this thread if you're going to intentionally make it unfair for the other side, especially when not everyone agrees with me on Vader's standing even when all of his material is enabled?

Az I'm not going to be opposing of you directly, but come on man. Some of the stuff about Starkiller and Yoda to me at least doesn't make sense, we can DM about it if you like, not as master and apprentice but as friends debating, I mean I love Vader to pieces, but a lot of the stuff you have brought up can be debunked tbh, again no offense is meant

I actually would like to debate this with you as a learning experience, I've heard Ant's side, I want to hear yours if you don't mind

@Azronger The "Az Vader wank is disabled" s**t is for comedic purposes only kek.

DC77 wrote:@Azronger The "Az Vader wank is disabled" s**t is for comedic purposes only kek.

Well if it isn't disabled then Vader curbstomps per all the reasoning I've laid out that no one has successfully refuted so far, and won't be for a few months until Ant posts.

You confuse me. You love anakin, but lowball Vader to a memeworthy amount, how is that even possible?

Hey, I'm just warning you of what your Wizards of the Coast logic will get you. 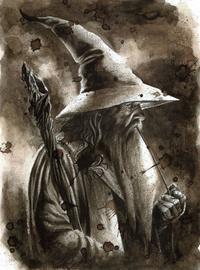 Why is Vader > Redeemed Revan? Reasons for him winning? Hell, I'd entertain having Darth Revan over him though I'd probably side with Vader.

Reasons for him splitting?

KOTOR Revan loses in a good to great fight.

Thank you for bumping this thread with a radical new opinion. Many thanks!

Revan is in fact more hax, but nothing he has is new to vader. he knows about throughly, orhas even experienced most of the really had powers revan has. Not saying he can copy them or anything, but he will likeiknow how to fight them for sure, imo. Gotta give to Vader easy in a duel or h2h. He is just too good for revan here. Babe, whowas fucking obsessed with revan thought that his master was better than revan, and Vader is far better than him. Idk about experience, so I'll leave that out, but Vader is certainly more cunning in a fight. I think Vader can counter his superior precog by superior use of tk too.

@KingofBlades: I wanted to see BoD and Lorenzo's stuff here tbh. LoH complaining about wank would be fun too.

IG (Exists) wrote:@KingofBlades: I wanted to see BoD and Lorenzo's stuff here tbh. LoH complaining about wank would be fun too.

Should I be insulted, worried or flattered? Lol.