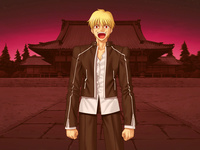 Why Aayla Secura beats Anoon Bondara
Aayla Secura fought during the Clone Wars and survived all the way to Order 66 despite being on the front lines for many battles including the infamous battles of Hypori and Geonosis. Quite impressive considering the amount of Jedi lost at Geonosis and the Jedi's confrontation with General Grevious on Hypori.


Aayla was known for the grace and power of her fighting. Her combat prowess meant she was one of the few Jedi left when Yoda and the clone troopers reached the arena at Geonosis.
Source: Fact File 102

A veteran of many battles, Aayla is one of the most skilled Jedi fighters.
Source: The Clone Wars Character Encyclopedia

She was an expert fighter being able to clash against the likes of Quinlin Vos when the latter was corrupted by the Dark Side. While Vos did defeat Secura, it was due to his force abilities rather than through raw martial might and she was holding back to some extent, showing they are comparable in lightsaber combat.

She did fight against Quinlan as a padawan and was stated to have been a challenge for him.

As well as this, she has won against numerous other foes like Aurra Sing. Nikto clones trained by Anzati assassins.

And the Morgukai warrior Bok and his clones

Note that they were well trained and Morgukai are considered threats to Jedi and Sith.


The red-skinned Kajain'sa'Nikto subspecies famously produced one of the most elite warrior traditions in the galaxy: the "Jedi-killing" cult of the Morgukai. These peerless duelists are among the only non-Force users to repeatedly defeat both Jedi and Sith in melee combat. Fortunately for their opponents, the Morgukai's numbers remain few, but their battle tactics are closely guarded secrets.
Source: Star Wars: The Old Republic Encyclopedia


Along with this she has been shown to be able to move as a blur to Commander Bly and created afterimages of her lightsaber during her fight against Quinlan Vos.

Her force abilities, while not appearing impressive on the large scale, are still quite impressive in a precision-based battle. As well as this, she has been directly stated by Quinlan Vos to be more intuitive in the force than even himself and Tholme.

While she has displayed few impressive feats of destructive raw might at times, such as when she pushed her uncle and Quinlan Vos. But, she has shown many feats of precise telekinetic strikes such as flinging people away.

Along with this, she has been shown to be capable of using tutaminis to deflect blaster bolts. While it won’t help her too greatly in this match, it still shows that she is capable of using such an advanced technique.

Along with this, she is a master of using force cloak ability, force heal, beast control, and skill with the mind trick ability.

Simply put, I don’t see how Bondara can compete given his rather limited showings. Sure, he was able to briefly contend against maul, but what's to say that Secura couldn’t as well?

Aayla should win this.