Message reputation : 100% (5 votes)
I just wanted to quickly make this thread to offer some hope and direction to members, as I think we're coming to an end of really an unprecedented four year drought without any new major Legends content. We had Onslaught last year, but besides mocking Malgus that didn't really give us anything new to discuss. After almost "maxing-out" debates for prior Legends content last year with our Top Fifteen Tournament, I'm hoping these projects significantly recontextualize existing power chains, add a bunch of new characters, and stimulate versus discussion in way that it's worthwhile to finish some of my blogs on new ways to approach versus debaitng. 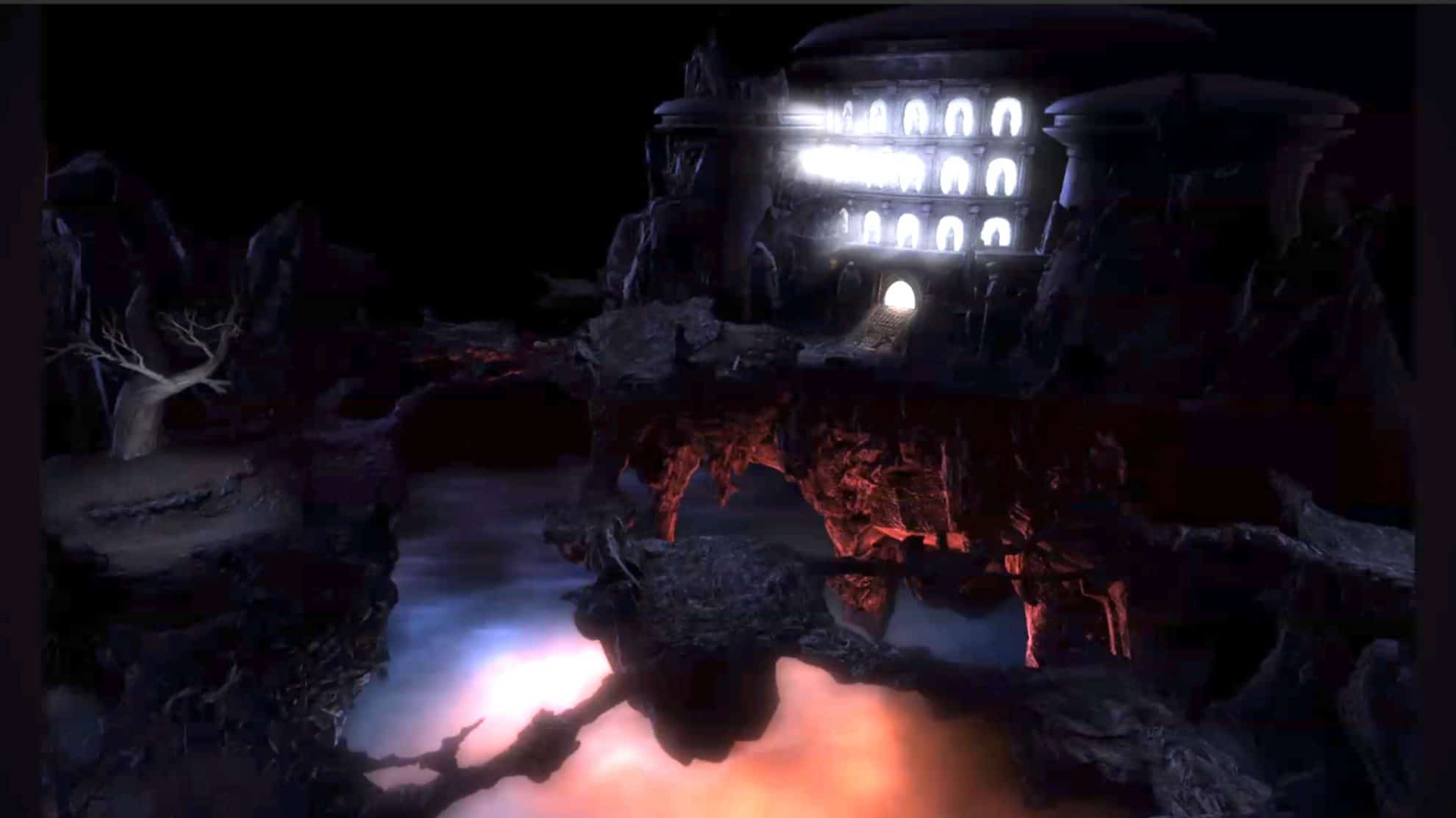 If you haven't been following SWTOR, turns out Scourge, Kira Carsen, and maybe spirit Revan destroyed Vitiate's original body simultaneous with the Outlander purging Valkorion's spirit from his mind. However, Vitiate had rigged his original body with a plague that takes over the minds of others, and one-thing led to another and now Satele Shan and her faction of Jedi have turned into this quasi-hive mind, joint consciousness dark-side entity. This next update should hopefully see the Outlander, Scourge, Kira Carsen, Arcann, and maybe spirit Revan go and battle this new UnuShan. Charles Boyd described it as the true epilogue to the whole Vitiate storyline.

Long in the making, SE is a massive novel covering the origins of the Star Wars universe, focusing around the Ones, Bedlam Spirits, Rakata, and ancient Sith. Almost everything in it is original content developed by Joe Bongiorno in close collaboration and support from established Star Wars authors like Abel Pena and Daniel Wallace. For example, a lot of Pena's cut-content from the Knights of the Old Republic Campaign Guide was handed over to Bongiorno for inclusion in SE. This book introduces dozens of powerful Star Wars entities, along with new ancient Sith like Ku'ar Danar (who isn't necessarily new but is in French-only material) and Darth Dreadwar. The canon status of SE has long been disputed. Upon research, I'm confident that at least four versions are officially licensed, although none of those four currently exist online. Bongiorno says that he will dedicate a part of SE explaining why this upcoming final version is also officially licensed, so we'll wait and cross our fingers there.

The death throes of the EU, hope SE will be good. SWTOR will be the last death knell if people turn off from it.

I still don't understand why both Continuities can't co-exist. Like Marvel has with 616/Ultimates(I know the latter is finished but still). I guess though with this novel, maybe it's not completely axed....unless this was in the making looooong before the overhaul.

But the novel though is interesting....especially getting more info about the Celestials and what not. Also looking forward to the TOR update too, though honesty I am kinda getting burned out by this whole "Vitiate as a contingency plan for this plan and then a plan ontop of that plan and a plan ontop of that plan!" I mean it's fine, I just wouldn't mind a new big bad either.

Also yes! More info about the Sorcerers of Rhand! I always felt that organization needed more love, they were really interesting.

Vitiate's been around for 1400 years. He's had more than enough time to think of ways to spite everyone via every possible angle and we know that's exactly his thing.

LadyKulvax wrote:Vitiate's been around for 1400 years. He's had more than enough time to think of ways to spite everyone via every possible angle and we know that's exactly his thing.

Yeah I suppose so.

Oh I posted this over on KMF btw Ant, so hope that's ok.

Anyway though I'm looking forward to all this.

cant wait for that novel to have shit like "meet abeloth, a being as powerful as emperor palpatine himself"

Message reputation : 100% (1 vote)
Based on the rough draft, they have Palpatine more powerful than Typhojem, son of Tiltony the Bedlam Spirit.


Well that’ll certainly change things around. Though are we sure this is going to be officially Legends material?

@Zenwolf: I've been following its official status closely. Four earlier versions of Supernatural Encounters were officially licensed by Lucasfilm and scheduled to appear in Star Wars Gamer, the Hyperspace section of the older Star Wars website, then the blog section of the current Star Wars website, but last minute occurrences prevented any from being published. Based on talking with Joe and his editors, this Expanded Edition version was approved by Lucasfilm for digital-only release, but we'll wait and see.

Message reputation : 100% (1 vote)
So figure this would be the appropriate thread, but there are rumors floating around now days prior that TFU 3 might be getting worked on. Trying to not get too excited, but just throwing it out there...and I always HATED that TFU 2 Cliffhanger. I wanna know what happens, how Vader gets out, what happens to Starkiller and Kota! It always aggravated me that it was never continued!

this deserves like, all emotes here. most of all tho, these two

I know az will love this shit, so fuck him smh

Message reputation : 100% (1 vote)
Just wanted to drop an update on this thread. The author, Joe Bongiorno released his FAQ yesterday on his Facebook Page.

I personally thought that there were several interesting things within it. 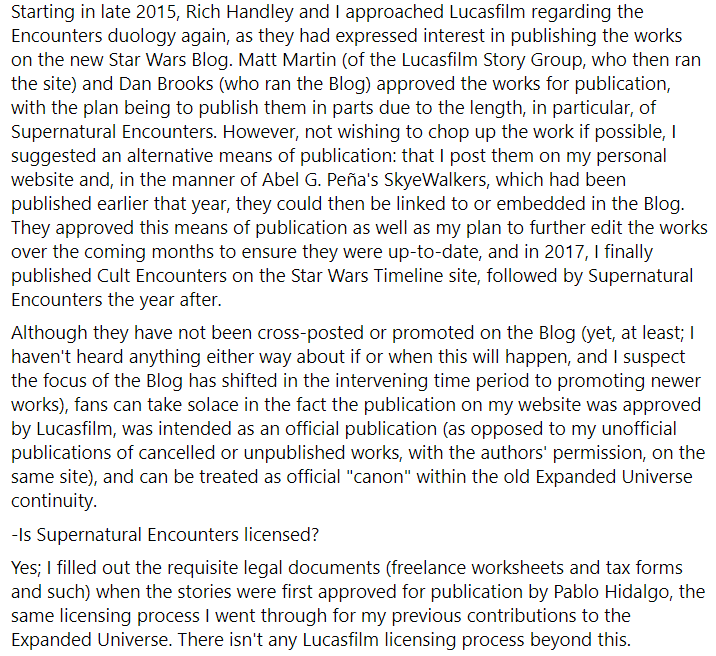 @DarthAnt66 Has there been word of any kind of release date for SE?

Zenwolf wrote:@DarthAnt66 Has there been word of any kind of release date for SE?

End of Winter, that's all that's been said

Zenwolf wrote:Has there been word of any kind of release date for SE?

I know, I am having a hard time being patient.

Zenwolf wrote:Has there been word of any kind of release date for SE?

I know, I am having a hard time being patient.

Joe Bongiorno on SE wrote:We're gearing up for some time after winter's end. I know that's a bit nebulous, but there's still some work ahead for the editors and me, and I don't want to rush the artist, who's vacationing until February.