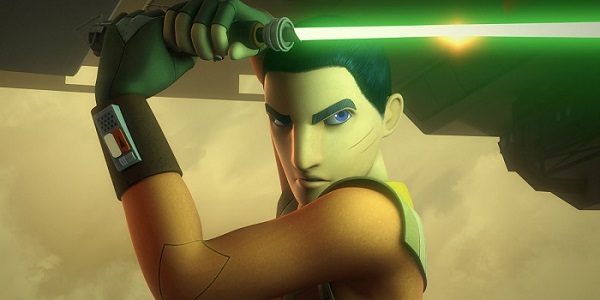 There will be three main posts and a brief finisher with the maximum characters of 10,000, 15,000, 20,000, and 2,500 each, respectively. There is no deadline for posts nor a final conclusion. The victor will be decided by a panel of three judges, all agreed upon by me and BreakofDawn. Additionally, there will be no Legends material permitted in this debate.

The combatants are Ahsoka Tano c. Star Wars: The Clone Wars: Season 3, "Sphere of Influence," and Ezra Bridger c. Star Wars Rebels: Season 4, "Family Reunion—and Farewell." Both Tano and Bridger are in a determined mindset and prepared to kill if necessary; they fight on the plains of Dantooine.

TAEP (even though no one ever gets tagged). Who is opening?

We will watch this topic with great interest.

The Apprentice wrote:TAEP (even though no one ever gets tagged). Who is opening?

If any of you are interested in judging the debate, PM me.

The Apprentice wrote:TAEP (even though no one ever gets tagged).

The Apprentice wrote:TAEP (even though no one ever gets tagged). Who is opening?

Remember that this is Ahsoka way before her TCW prime.

Remember that this is Ahsoka way before her TCW prime.

My opinion stays the same

Yeah, I'd give the edge to this version of Ahsoka too. Regardless, I have faith that BoD will make a compelling argument for Ezra.

Honestly BoD has a decent shot at winning. I can see pretty good arguments can be done in favor of Ezra.

Rohirrim wrote:Yeah, I'd give the edge to this version of Ahsoka too. Regardless, I have faith that BoD will make a compelling argument for Ezra.

Honestly BoD has a decent shot at winning. I can see pretty good arguments can be done in favor of Ezra.

Thanks guys. Will do my best with him. He's underrated on the board so hoping to boost his standing a bit. 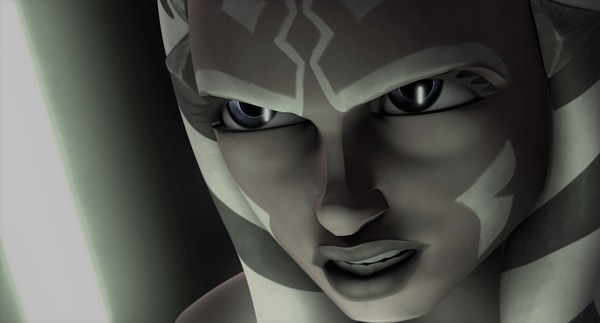 "I'll give you a merciful death."

I’ll start with an observation that will no doubt be stressed by my opponent: The version of Ahsoka Tano I am representing is 14-years-old and not in her Clone Wars prime. And yet, despite this, there is still more than enough evidence both in terms of holistic analysis and feats to suggest that Ahsoka is unequivocally the superior combatant.

Coming from a background of classical Jedi training starting from the age of three, Ahsoka was plucked from the Temple at an early age and assigned under Anakin Skywalker, and then plunged into constant warfare that would consume the next two years of her life. Indeed, this upbringing contrasts with Ezra’s in that Ahsoka would’ve been afforded a thorough and complete education in the Force that the Clone Wars, and Skywalker’s training, would have no doubt accentuated. Unlike Ahsoka, Ezra’s latent Force potential lacked the same degree of impressive tutelage and trials, which is reflected in his lackluster lightsaber skill relative to Ahsoka.

Furthermore, the order of magnitude difference between the caliber of opponents Ahsoka and Ezra dealt with cannot be exaggerated. The Inquisitors, who were little more than dark side Imperial beat-cops, wither in the shadow of the Clone Wars’ giants Asajj Ventress and General Grievous. Losing sight of that fact during this debate would be a mistake, because in every area, whether it be power in the Force, lightsaber skill, unorthodoxy, or training, the opponents Ahsoka regularly faced off with during her youth were simply of another breed. This pool of combative experience Ahsoka has to draw from is not insignificant relative to her opponent. To put it another way: Ventress and Grievous were playing Major League Baseball at Yankee Stadium; the Inquisitors were that makeshift baseball team in that abandoned field you and your friends played at sometimes when you were nine (coached by a random neighbor that would’ve gone pro if he hadn’t torn his [insert muscle]).

Of course, I don't want to downplay Ezra’s skills too much. He was certainly impressive given where he started—but he started at a lower level and went through inferior combative challenges—consistently. And in the event that @BreakofDawn cannot prove Ezra possesses some gargantuan Force potential that would allow him to forego the usually required route and established significance of training in the Star Wars lore (let alone that potential vs. Ahsoka’s own), I fear Ezra’s underdeveloped abilities will show against a peer of a higher pedigree (the underlined part is crucial to my point; any moving of the goalposts, i.e. into the general nature of Ezra's potential, will be called out as such). Thus, from a logical, holistic standpoint, Ahsoka is the superior combatant.

We know that Ahsoka’s skills during the Clone Wars made quite the impression. Anakin found himself impressed with her early on, even vouching for her abilities to Darth Tyranus. Anakin took Ahsoka’s natural skills and honed them even further: “Under Anakin Skywalker’s instruction, she becomes a skilled duelist,” (Ultimate Star Wars). These skills were so obvious that Anakin felt confident to leave Ahsoka to carry out missions herself, with Ultimate Star Wars stating, “Ahsoka’s exceptional Jedi skills lead to missions away from her Master early in her apprenticeship.” Ahsoka also made a name for herself beyond just her circle of Skywalker, Kenobi, Koon, and the like—the War literally made her a “Jedi legend” (Star Wars: Absolutely Everything You Need to Know). There’s an undeniable air of supremacy here, folks, and we haven’t even gotten to the good stuff.

At first glance, you might dismiss this fight as a clear display of inferiority, and thus worthless. And in a way, you’d be right—at least regarding the first part. I believe this fight is too quickly hand-waved, though.

Ahsoka initially rushes Grievous with her trademark brashness and underestimates him severely. As a result, she’s brushed aside, being brutally smashed and thrown several feet into a wall. Despite this, though, she quickly recovers, showing an impressive resiliency for someone of such a small, lithe constitution. Ahsoka then reestablishes herself and holds her own, demonstrating the lengths to which her agility can be an asset by avoiding many of Grievous’s attacks. Surviving General Grievous, someone who has killed “countless Jedi,” (Age of Republic), making short work of many of them (scan one), (scan two), (thanks, @Rohirrim), (Vebb), and even remaining competitive with some of the most skilled Jedi Council members of the time (Fisto), is nothing to scoff at.

Other than the main reasons that this duel is impressive, which I hope you can surmise, it serves as a good proxy for Ahsoka’s very fast learning curve. Ahsoka's first encounter with Asajj Ventress on Teth resulted in, to be candid, an outright stomp. Just a couple months later (presumably), though, Ahsoka is able to successfully engage in an extended bout of dueling with Ventress. I believe Ahsoka's second duel with Ventress demonstrates my points about Ahsoka's training under Skywalker and the action of the Clone Wars quite well—they hardened her to combat and sharpened her skills at a pace that rivaled or surpassed Ezra's own learning curve. Instead, of course, Ahsoka demonstrated such learning against vastly more dangerous foes, and under far heavier stress. Ezra was much more of a liability against inferior foes than Ahsoka was against superior ones.

Later, after rescuing Luminara, Ahsoka again proves her effectiveness as a combatant by being a worthy asset to Luminara in their fight against Ventress. Ventress, who could arguably be considered a combative peer to Obi-Wan Kenobi, is known for making the famous duo of Kenobi and Skywalker sweat. Ahsoka being able to last as long as she did without the vastly more experienced and powerful Ventress dispatching her speaks volumes. Keeping up with the flow of combat and exerting a constant offensive pressure, while also remaining a compatible ally to Luminara without getting in the senior Jedi's way, establishes a level of skill that I honestly have never seen from Ezra. If Ezra were in Ahsoka's place on the Tranquility, I find the notion that he wouldn't have been caught slipping to be, well, rather doubtful. Parity (I'm being generous) with the Seventh Sister isn't enough.

Ahsoka Tano has a treasure-trove of evidence suggesting that she would defeat Ezra Bridger in a fight. Although I’ve kept my case relatively barebones, only focusing on a basic holistic/lightsaber skill feats argument, there is still plenty of more supporting evidence for my claims that touch the various aspects of combat that I will unveil in the following posts.

Put simply: Ahsoka Tano is better because she has better training, better feats, and a reservoir of experience dueling more powerful and skilled foes than Ezra has ever faced (and please, for the love of God, don’t bring up Darth Vader).

Ezra will find himself lacking. Lights out. The end.

All of the relevant links/scans are embedded in the text.

Also, yes, I did shamelessly steal was inspired by Az's opening picture format from his debate with Ant, so I used it here. It looks cool.

Hope you liked it.

Spoiler:
Don't forget to PM me if you want to judge!

Great post. I'm taking some time away for my mental health so will reply when I can.

I hope everything is ok BoD, take your time and give yourself a space. Don't put much weigh on yourself. If you need anyone to talk, I am here.

@BreakofDawn: Thanks! And no problem dude, take care of yourself first.