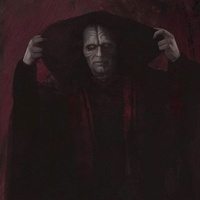 If it melee combat, Kylo dies hard. Knights of Ren are fodder who showed themselves even worse than crimson guards. If we take season 5 Anakin above season 7 Ahsoka they are destroying Kylo and Knights without efforts. Talzin and Maul together are real challenge. But if first two teams will have nice teamwork they will deal with them pretty easy. Knights of Ren and Kylo will distruct Maul for a while. Ahsoka and Anakin will kill Talzin in the melee combat.

Either would hold their own against Kylo, heavily doubt he could solo them.... and considering his team, he would pretty much have to.

Anakin is likely > S7 Ahsoka and she beat a stronger Maul than the one here. Also don't see cause for Ahsoka growth between S5-S7 Ahsoka so she could likely hold maul off on her own. Anakin and Kylo would beat Talzin who was a sub-par duelist and would likely be unable to overpower Kylo/Anakin.

I'd say season 5 Anakin is definitely > S7 Ahsoka. Season 5 is that last time Ahsoka would've seen him fight or sparred against him so her comments about Maul not being able to last long against Anakin implies S5 Anakin >>>>>>> S7 Ahsoka.

Im just confused how yall think Kylo doesnt flat out ragdoll either Anakin, or Tano, when Dooku was near oneshotting anakin, and RosRen Low key has better feats and scaling than dooku himself.

Jedi_Jesus wrote:Im just confused how yall think Kylo doesnt flat out ragdoll either Anakin, or Tano, when Dooku was near oneshotting anakin, and RosRen Low key has better feats and scaling than dooku himself.

What scaling? I haven't seen the film since it came out and haven't paid much attention to the surrounding material .

As for oneshotting, sure Dooku oneshotted AOTC Anakin but I don't remember him doing so to season 5 Anakin.