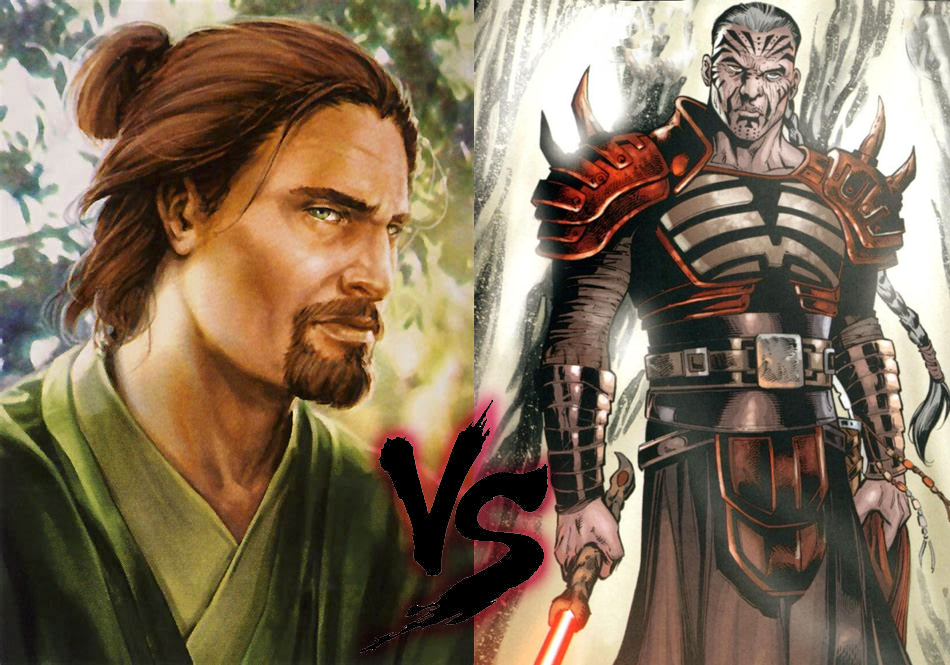 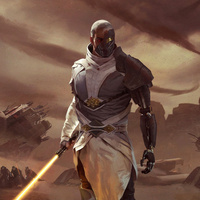 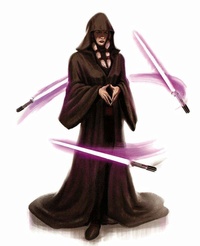 Corran Horn as of JA tanked a telekinesis attack from Kyp Durron:

I, Jedi wrote:Kyp struck at me again through the Force but I expected it this time, I absorbed enough of it to let me create a shield.

Who was at least as strong as Jedi Academy Luke Skywalker:

Jedi Academy Sourcebook wrote:He also bolsters Kyp's talents to allow him to defeat Luke and place him in a coma.

Dark Apprentice (Germany) wrote:Above all, the young Kyp Durron, who is utterly devoured by hatred for the Empire, is only too willing to follow the temptations of the forbidden Sith teachings. Without realizing, he is more and more dedicated to the dark side of power. Soon he's more powerful than Luke

Dark Apprentice wrote:With the Sun Crusher looming behind him, Kyp stretched out both hands and blasted Luke with lightning bolts like black cracks in the Force. Dark tendrils rose up from the gaps in the temple flagstones, fanged, illusionary vipers that struck at him from all sides. Luke cried out and tried to strike back, but the shadows of Exar Kun joined the attack, adding more deadly force.

Luke, who was in his prime as of this point:

Champions of the Force wrote:Luke clapped him on the back and smiled with dark-ringed eyes that shone with an inner brightness stronger than ever before. As he conquered each seemingly insurmountable obstacle, Luke's Jedi powers grew greater and greater- but, like Obi-Wan Kenobi and Yoda, a Jedi Master learned to use his powers even less, relying on wits instead of showmanship.

I, Jedi wrote:When we had met before I had felt power in him, but now, after his experiences with the Emperor Reborn, his power had been redoubled. Physically he looked a bit haggard and worn, with the flesh around his eyes having tightened and wrinkles appearing at their corners. I knew we were the same age chronologically, but in experience he far surpassed me.

And who is stated to already at least equate Darth Sidious as of Dark Empire: 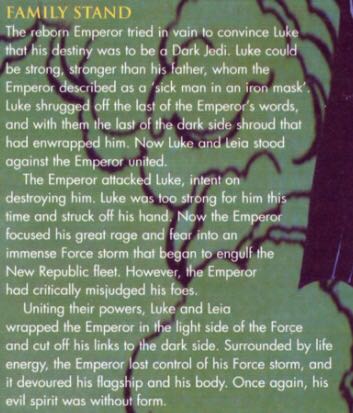 Star Wars Databank wrote:Darth Sidious is the most powerful Sith of modern times.

Darth Sidious at this point is also magnitudes beyond himself as of Vector:

The Ultimate Visual Guide: Updated and Expanded wrote:Resurrected in a youthful clone body, Palpatine does not reveal himself immediately. Studying the dark side of the Force to become more powerful, his education results in three manifestos: The Book of Anger, The Weakness of Inferiors, and The Creation of Monsters.

Dark Empire Sourcebook wrote:Soon he was ready to strike. Fully healed and in greater control of the Dark Side than ever, he finally acted to end the Mutiny.

Dark Empire Sourcebook wrote:His Force skills have increased significantly in the six years since he was last seen in Return of the Jedi.

Handbook 3: Dark Empire wrote:Luke knew that without clones to inhabit, Palpatine's spirit would be consigned forever to the void. But Palpatine was able to transfer himself at the last moment. Within a new clone body, the Emperor was more powerful than ever.

Dark Empire Endnotes wrote:When the evil Emperor, Supreme Master of the Dark Side of the Force, turned the fullness of his malevolence against Luke, Anakin Skywalker suddenly awoke from the curse that had imprisoned him for so long...

Who is little different, if at all, to the Muur-Morne who by all evidence is >> Darth Krayt even without Morne's added power:

Given reborn Krayt can't even stomp Wyyyrlok III despite his claims to having multiplied his power. Even JA Horn canonically one-shots this pathetic pretender. FOTJ Horn spites harder than Abeloth vs. Trebor. 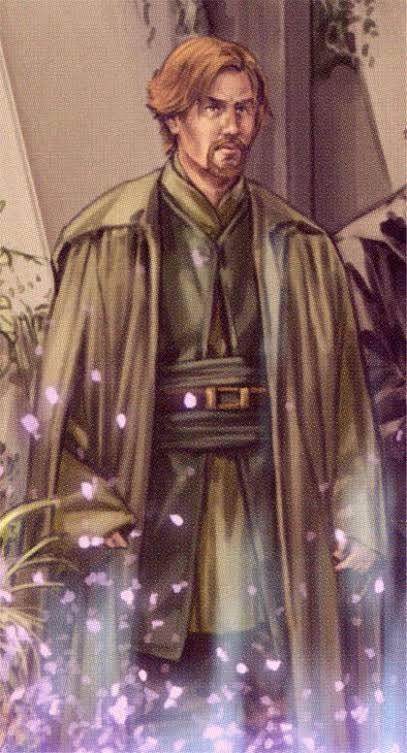