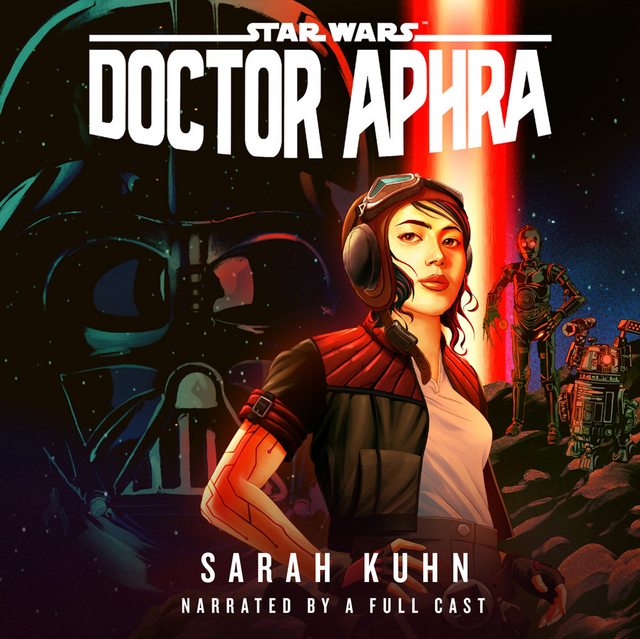 Doctor Aphra: An Audiobook Original, will be an expanded adaptation of her introduction in Marvel's Darth Vader, in which she makes a deal with the Sith Lord and begins a memorable (if crazy and dangerous) journey. The release arrives July 21 and features a full cast of voice actors:

So I guess the audiobook will just be an extended version of Aphra's first arc in the comics... Cuz reasons?