Yes, it should fix the problem for Palpatine.

Maybe. Nox’s situation was caused from gaining too much power too quickly according to multiple quotes during the story, not because her body couldn’t handle that level of power given time (i.e. if she’d grown more). Sidious’ power was inherent to him and grew at a rapid pace but became so destructive he simply couldn’t cope on a physical level.

For his original body, Sidious used 20 billion people as batteries and had midi-chlorian manipulation on top, but they didn't help. His clone bodies are even more fragile.

Mother Machine is a Rakatan construct (AI-driven and self-aware); a Rakatan construct of significance is usually an arcane combination of technologies which draw much of their power from the Force as well as through mining of the MATTER (natural; extraterrestrial), for the desired outcome. Therefore, its OUTPUT is likely to be significant in statistical terms and otherwise.

Rakatans have developed seemingly impossible things throughout their history including The Foundry and The Star Forge. Constructs which could not be replicated by the Republic among others at any point in time. Rakatan technologies offer solution to problems for which there were none throughout history.

The Iokath also produced stuff which surprised the Republic and the Empire in spite of all their advances over time. The Eternal Empire was based on Iokath technologies under the leaderhip of Tenebrae (Valkorion).

The reason Sidious' clone bodies degraded is because his physician accepted a bribe and sabotaged them. 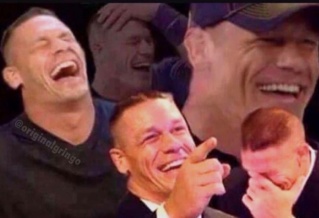 Geistalt wrote:The reason Sidious' clone bodies degraded is because his physician accepted a bribe and sabotaged them.

They were already more vulnerable to the dark side. The last batch was just exceptionally shit because of that.
_________________