Why the Hero of Umbara is Bruu-Lee Fan

Message reputation : 100% (1 vote)
Ahsoka and Ferus are the "most powerful jedi padawans." Apparently they scale above tyranus, based

@Latham2000: Couldn't get back to you today, but I will try for tomorrow.

The Hero of Umbara was a Padawan in 21 BBY. Bruu Jun-Fan was a Master in 20 BBY.

Trying not to be biased, I favor The Lost's argument a bit more. Either way this is an awesome post, and crazy for you to notice all the connections.

I don't think the Hero of Umbara can be Bruu Jun-Fan.

HOU is a padawan in the game, but in The Sith Hunters, BJF is Jedi Master.  It is the same time period.  We're not talking about years.  If the Hero of Umbara was Bruu Jun-Fan, then he would have gone from padawan to master within, at most, a very few months, possibly only one or two, which you do recognize:

Ant wrote: In The Sith Hunters comic, set not long after the Umbara victory

Even though you recognize it, you went on to say that BJF underwent an "unprecedented rank and power progression within a few years," which is an odd juxtaposition of thoughts considering the time frame occurs between seasons four and five.

Even The Chosen One didn't achieve such a power progression and wasn't given this honorific by the Jedi after being added to the Jedi High Counsel.

As you mentioned, there is zero precedence for achieving the status of master so quickly, but if even if he did achieve this rank in such a short period of time, don't you think there would have been some mention somewhere in some other media?  Even a little blurb?

And wouldn't you say that, if HOU = BJF, then wouldn't his abilities have decreased, or rather, wouldn't Maul's have increased considering the HOU defeated both Maul and Savage in the game, but in The Sith Hunters Maul defeats BJF and Ko Solok simultaneously and by himself?

Ant wrote:- Bruu has unique expertise that is most suitable for fighting Maul. Granted, that could just be referring to his overall abilities (though why not nominate Yoda?)

Yoda is not a H2H specialist.  BJF is supposedly based on Bruce Lee, whose specialty was unarmed combat, and this happens to also be the specialty of Maul and BJF as already mentioned.  We know the Jedi are well aware of this, and you are aware of it because you even mentioned "Maul's obsession with H2H".

Mace Windu sent Jinn and Kenobi to Naboo because they were the "most able Jedi" for the mission (Episode I Visual Dictionary).  If we use your logic, then why didn't Windu send Yoda to Naboo instead of Jinn and his padawan?

Regardless, BJF was a Force combatant unparalleled.  His defense should have been at least equal to his offense, or close enough.  Why cry foul when Maul kicked him if he should have been just as good at defending himself?  He should have understood that Maul was a deadly and powerful opponent and been on his guard for Maul's use of a defense (meaning BJF should never have allowed himself to be on the receiving end of a cheap shot) because:

Ant wrote:And only dies due to a cheap-shot of Maul's legs.

Overall, he shows superiority to Maul across the entire fight.

How does he show superiority over Maul in TSH duel considering Maul is fighting two masters simultaneously, which you didn't mention?


When their fight first began, Maul laid one kick that hit both Jedi.   Was that equally a cheap shot?  If so, then shouldn't BJF known that Maul was likely to employ such tactics?  If not, then at the very least, shouldn't BJF been aware that Maul might use a kick again in their duel?  In other words, if BJF was the superior, then shouldn't he have a better understanding of what to expect from an opponent based on what he has learned about that opponent?

BJF uses what has been called cheap shots against Maul.  However, how is using punches and kicks in combat consider cheap shots, especially when BJF is already using H2H?  These are often employed during duels.  I haven't seen anyone accuse Dooku of employing a cheap shot against Kenobi during their ROTS duel.  Not to mention you yourself have made a distinction between between Force Combat and pure lightsaber dueling.  In addition to this, both of these guys are combatants.    Assuming BJF is similar to Maul in in martial training...Maul was a master of unarmed combat.  Kicking, punching, etc, are the normal for them.  In TCW, Maul uses that high kick of his to push down opponents twice:  Savage and Pre Vizsla.  No one cried "Cheap shot" when the episodes aired.

One time I can think of when Maul was accused of a cheap shot was when he hit Jinn with his lightsaber hilt before he killed Jinn.  BJF employed this move on Maul before Maul kicked him.  Why not call cheap shot on BJF?

And did BJF really die because of Maul using such a cheap shot?  If you really believe this, then BJF is way too slow, which is antithetical to your initial post, to be considered such a formidable Force fighter.  Maul gave him ample warning that he was not going to be the one who would die.  BJF should have known better, as I said previously, and he was warned something was about to happen.

Ant wrote:- And despite Bruu's inexperience, he has still developed insane skill and unprecedented H2H abilities. The Hero likewise doesn't seem to do anything until the Clone Wars starts, he's then thrown into a handful of battles and spars, and suddenly he's already matching Dooku and beating Maul. Lots of connections here.

His death also explains why we don't hear anything else about the Hero later in the war, as he would have died not long after the end of his game.

Neither character not doing much until the war starts is equally likely to equate these two as the same being as it would be to equate HOU with most any other Jedi.  We have stories that are about only a few Jedi as compared to the 10,000 who existed during that time frame.  The vast majority of them, 99.9% of them, didn't "do anything" until the Clone Wars began.  Almost all of them would have exhibited "unprecedented combat abilities" because they would not have had the same opportunity to use such ability because of the lack of combat.

And didn't all of them, or most, have little if any combat experience prior to the war?

However, I don't argue BJF's ability.  I only argue he is the Hero of Umbara.  I don't think that the connections are as clear as you make them out to be.  If the events of CWA took place at least a decade prior to the middle of the war, then I'd possibly agree with you, but they don't.  CWA Battle of Umbara takes place during the exact same time frame, and there is no way BJF went from padawan to master in less than a couple months.  I also think that, if anything, if BJF is HOU, then, at the least, his second fight with Maul shows Maul's superiority over BJF, and at the most, BJF has shown a decrease in his ability.

There was only, at most, a year left in the war at the end of season four.  The Jedi were stretched thin across the galaxy, and many were dying, even highly skilled Jedi masters, which would explain why we don't hear about many Jedi master after the second year of the war.

What do you think? 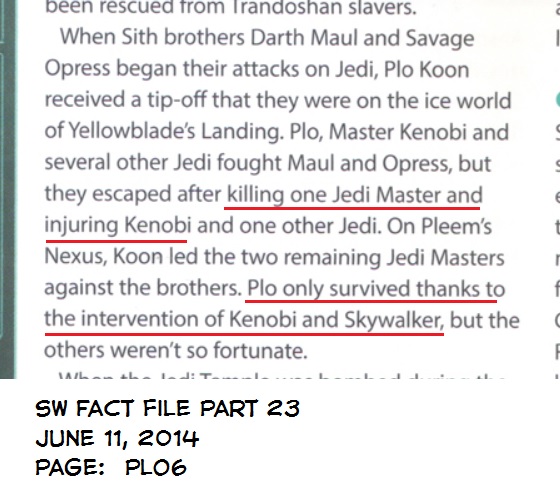 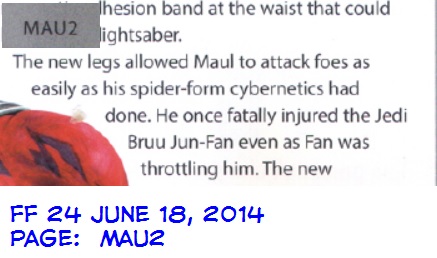 Last edited by Heathen on August 17th 2020, 5:31 pm; edited 2 times in total (Reason for editing : Updated with reorganization and adding pix instead of linking to them.)

Imagine thinking a Kick in marital arts is a cheap shot because bruu is a poorly wanked character lmao.

Foxtrot Jay 16 wrote:Imagine thinking a Kick in marital arts is a cheap shot because bruu is a poorly wanked character lmao.