Who wins and why? 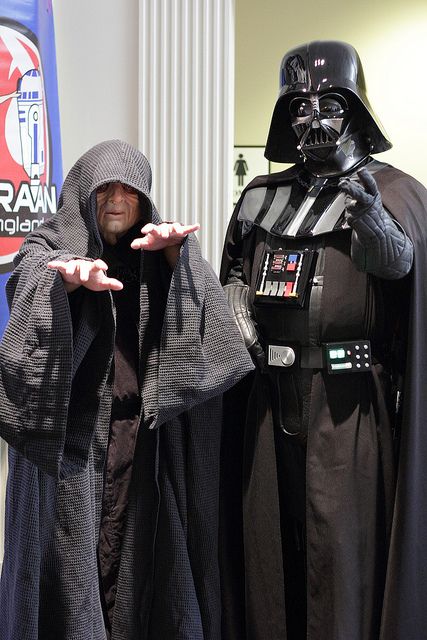 Probably team 1. Vader is a significant weak link, Palpatine is the most powerful Force user but his power growth from RotS to ANH is unquantifiable, but his prowess with a lightsaber at this point is likely rusty, and IIRC it’s dangerous for him for him to exercise his power because he’s so immersed in the Dark Side that he could end up destroying his body if he exercises his Dark Side power too much.

ROTS Yoda and Windu win. ANH Vader I believe was stalemating Old Ben Kenobi and was an inferior duelist to tpm maul, correct me if I’m wrong. ROTJ Vader would definitely make it debatable though

Vader gets one shotted and the duo beat Sidious.

I'm assuming this is Darth Sidious as of Return of the Jedi. If so, he can definitely defeat either of his opponents handily.

Darth Vader defeats Mace Windu, we know that prime Ventress was never capable of being a threat to Vader, especially not prime Return of the Jedi Darth Vader. Asajj Ventress, however, was a clear threat to -though not capable of outright defeating- Mace Windu, massively before her prime.

Even ANH Sheev can beat Yoda and Mace without much issue.

Ventress isn’t a “threat” to peak Mace, so the Ventress comparison falls apart.

Massively pre-prime Ventress, as in early war, already required 'all of' TCW Mace's skills to defeat her. She was 'growing more powerful all the time' before her prime which is where she's no threat at all to even 19BBY post-Mustafar Vader, nevermind prime Vader.

Vader's out of his league here. At best he can put up a decent fight in the Force but he's not lasting long and then gets slaughtered in sabers at this point in his life.