Every Tuesday a thread will be posted with a new character. Your goal will be to write a “Powers and Abilities” summary for the character. All participants will receive 10 stars. The best summary will both replace the existing “Powers and Abilities” summary on Wookieepedia and be added to a Suspect Insight sticky collection, and the winner will receive 50 stars. Besides having your work be read by Wookieepedia's enormous viewership for what may potentially be years, it is not uncommon for licensed Star Wars products--especially statues and busts--to directly copy-and-paste from the "Power and Abilities" summary of a character to the back of their box, making it C-Canon. While Disney is not producing much more Legends content, they have been releasing many Legends action figures and statues as of late, so the opportunity is still here to make a contribution to the lore. For example, even one of Suspect Insight's own -- @Vasyl Kasra -- has gotten his writings on Darth Malak's page canonized: 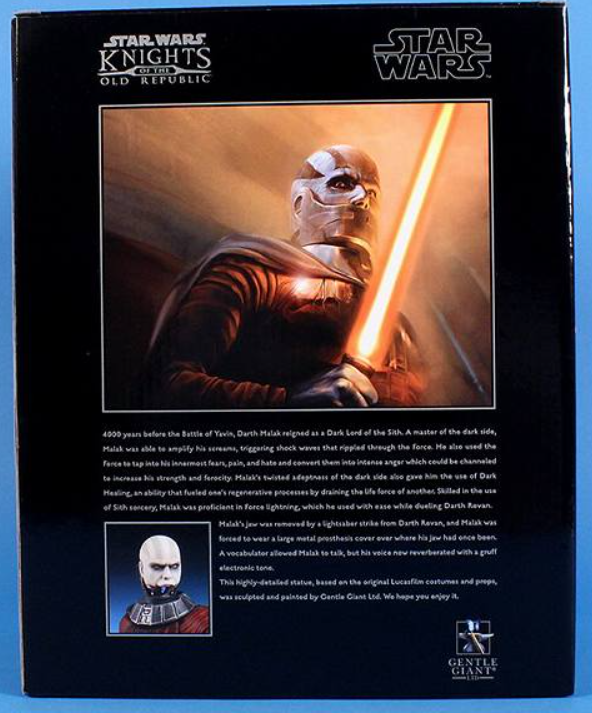 Wookieepedia follows some general guidelines for their "Powers and Abilities" section that you should follow.

- Focus on a character's feats, powers and abilities, and in-universe accolades.
- Out-of-universe accolades should be infrequent and treated as subjective (ex. "Thought to be, "Considered as," "Regarded as," "Perhaps,").
- Scaling should not go more than two links (ex. "Revan crushed Darth Nyriss who crushed the Exile" is fine, but don't mention that the Exile beat Kreia too).
- If the summary is long, separate it in two halves: "Combat skills" and "Force powers."
- Your summary has to be considered better and more informative than the existing summary on Wookieepedia now.

If you are still a bit unsure about the formatting and type of content to include, the "Powers and Abilities" section in Revan's Wookieepedia article is a great example that you can take after: https://starwars.fandom.com/wiki/Revan/Legends

That wraps up this announcement. If you have any questions/concerns don't hesitate to ask here with a reply. Thanks for taking the time to read this, and I can't wait to see what everyone can come up with in the coming weeks and months.