This version of Krayt is Muur level.
Malgus wins.

No. Muur was stronger in Legacy than in the ancient times and had joined his powers with those of Celeste Morne. That's the enemy Krayt faced and performed well against while at death's door - not sure how you can connect that to Malgus.
_________________

No. Muur was stronger in Legacy than in the ancient times and had joined his powers with those of Celeste Morne. That's the enemy Krayt faced and performed well against while at death's door - not sure how you can connect that to Malgus.

Citation?
Also Celeste isn’t that powerful so Muur having her power isn’t too much of an upgrade.

Most of that's covered here.

Source for Muur getting more powerful that isn't a quote merely stating he got more dangerous?

Also, source that even remotely suggests that Muur's unsubstantiated growth makes up for:

1.2,000 years of breeding greater raw power scaling starting with the Exiles before you even get to someone like Ludo Kressh.
2.The fact that Vitiate as of SWTOR is laughably far more powerful than Ludo Kressh.
3.The Hero of Tython defeating Vitiate in the Dark Temple before years of growth that leads to his battles against Arcann and Vaylin who both scale from Ziost!Vitiate.
4.Darth Malgus giving the Outlander as of Onslaught, who is far more powerful than the aforementioned version  that fought Arcann and Vaylin, a good to great fight.

Krayt wins, much more impressive feats overall that are easier to quantify. Meanwhile, Malgus defeats a Jedi Knight after a good fight (Aryn Leneer) even if it was before he received "massive growth".

How is Malgus from the novel, not even the prime version of him within the novel's timeline, at all relevant to Outlander-tier Malgus?

He's literally mocking him mid-fight for his ability to finish him, is simultaneously fighting off Lander's allies and has the time to summon illusions, besides a bunch of other things. Before he finally takes some form of lethal blow and still has the power to yeet Lander and pull down a ceiling afterwards.

In my opinion, if you put up a fight that damn good then you're clearly within their tier. Otherwise you're not and you get stomped.

@LadyKulvax wrote:In my opinion, if you put up a fight that damn good then you're clearly within their tier. Otherwise you're not and you get stomped.

This may be the root of the issue here. If your definition of tier is this loose then I don't think you are necessarily wrong from your POV since there isn't any proof that the Outlander stomped Malgus, but I think the majority of people's definition of tier within the community isn't quite as liberal as yours. Is Barriss Anakin-tier like Grey pointed out above? Is Outlander Arcann-tier in their first fight? Is S5 Maul Sheev-tier? I would say no and I think most people would too. I don't think a fight not being extremely one-sided and ending in five seconds means two opponents are in the same tier and I think most people's methodologies follow similar reasoning. I'll still address the rest of your post though since I think it's a topic that still needs addressing.

@LadyKulvax wrote:He's literally mocking him mid-fight for his ability to finish him, is simultaneously fighting off Lander's allies and has the time to summon illusions, besides a bunch of other things.

Or perhaps gameplay representations of fights are exaggerated...unless you also want to argue that Gnost-Dural is Outlander+ tier for giving a "good" fight to two "Outlander-tier" combatants even though in the Republic version of the story Malgus solos him anyways?

Outlander + Malgus vs. Gnost:
Gnost: Let's begin. We are all shaped by the choices of our past.
Malgus: Gnost-Dural is a master of mind tricks! Do not let yourself be deceived!
Malgus: These are illusions! Nothing more!
Gnost: The power of the dark side is a lie.
Gnost: Our story isn't over yet.

The fight has Gnost engaging in a "protracted" duel against multiple opponents while conjuring illusions - sounds familiar doesn't it?

@LadyKulvax wrote:Before he finally takes some form of lethal blow and still has the power to yeet Lander and pull down a ceiling afterwards.

Cheapshot that happened after he already lost and was monologuing.

Anyways, that being said:

If you think Arcann is Outlander-tier then I'll gladly debate you on that.

1.The fight that Malgus puts up is much more indicative of a good battle than any of those examples. Those fights are all far more one-sided than this one.

2.The Gnost-Dural duel isn't the same. Malgus actively brags to the Outlander about his inability to defeat him during the fight. He quite literally says:

"None of you have the strength, the resolve, to defeat me."

"Your resistance is commendable but futile."

Malgus isn't just Dun Moching them either, when he does take the evident lightsaber wound he says:

"I should've known the stories were true. If anyone could destroy him, it was you."

Tol Braga after facing Malgus even suggests that it would take the Outlander, Tau and Arn together to defeat him:

"This is your fight, all three of you. Fight as one and you can defeat him."

It's not as if Tau isn't exceptional herself, as she's stated to have the most combat prowess in the Jedi Order: 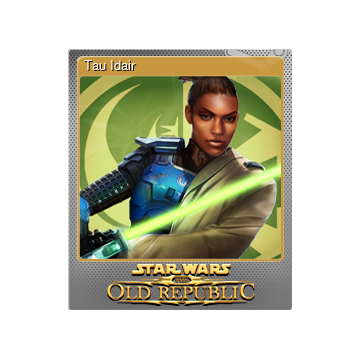 As much as Braga vs Malgus and Outlander is concerned, the idea of him putting up any fight is outright countered by Braga himself suggesting that his aid would only be a detriment to the team on Corellia:

"No, seeing me alive would only fuel his rage even further."

And given Restored Darth Malgus has accolades such as this: 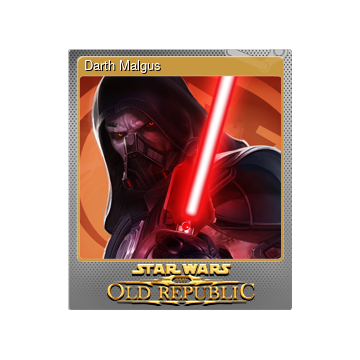 Darth Malgus Steam Trading Card wrote:Aside from the Sith Emperor himself, Darth Malgus is easily the most renowned and feared Sith lord in the galaxy. His destruction of the Jedi Temple on Coruscant has become legendary, just one of many stunning victories won by the Empire's deadliest warrior.

Which puts him over > Wrath and Scourge; and potentially even Wrathlander if you want to take it that far, in deadliness as a warrior. I'm not seeing how it's exactly difficult that Malgus is well beyond Outlander's mid-diff range.

Nice Boyd quote though, not sure how strong prime Arcann is as of Corellia but we'll have to see.