Can anyone present any arguments? I am actually interested in this one.

Either way. Revan should be the superior combatant, more skilled and a better tactician than Vaylin. Vaylin is quite more powerful. This is like MFV versus MFK.

I will REVISIT my Vaylin Respect Thread soon (expect significant expansion with SCALING and CONTEXT behind multiple showings). She have some mind-boggling demonstrations of raw power. Although some of her showings are much better understood in PROPER CONTEXT which comes from deep understanding of the story itself.

Isolated look at feats of certain characters is never enough - CONTEXT is important to understand what was happening.

Vaylin was the only Force-user who SPOOKED Valkorion - nobody else did (not even entities). She is implied to be substantially STRONGER than anybody else. She wasn't allowed to develop her powers in accordance with her true potential - she was heavily suppressed throughout her life, and was taken down ASAP after being unchained.

Anyway, Vaylin should win. Her noticeable power edge and skill feats against Arcann should be enough to give her the win over Revan.

Essentially, as far as I see it, Vaylin benefits from all of the scaling Revan does (through stomping KOTET Chapter 3 Outlander and then growing far more powerful) to a greater degree alongside having incredible feats of her own. The only shot Revan has is his super unique advantages, but I'm not convinced that they'll allow him to make up the combative difference - Vaylin's just too powerful.

Vaylin wins, but Revan can make a great fight of it depending on his tactics. I’ll make a case for her later.

Vaylin is extremely talented and effective combatant as well - easily one of the very best in Legends continuity.

That she was able to overwhelm an entire battalion of Knights of Zakuul is self-explanatory in so many ways. Each Knight of Zakuul is superior to an average Jedi Knight, and THEY are very effective as a COALITION by virtue of their Limitless Power philosophy which encouraged exploration and sharing of talents. While The Eternal Fleet proved very effective against the fleets of the Republic and also the Empire, Knights of Zakuul proved very effective on the surface against all manner of opponents including Jedi and Sith.

A group of average Knights of Zakuul were about to overwhelm the TRIO of The Outlander, Sith Lord Lana Beniko and one of the most powerful Knights of Zakuul Senya Tirall, in an open-ended battle but Valkorion intervened and saved the TRIO.

Vaylin could also crush her mother in an instant but her feelings prevented her from doing so. Therefore, Vaylin's loss to her mother does not count.

Vaylin stalemated Arcann in another duel and she wasn't unchained yet. Arcann is stupendously skilled with a lightsaber and otherwise.

How Vaylin was taken down after being unchained, is not a mark against her from any perspective - the TRIO of The Outlander (significantly augmented by the powers of Valkorion), Arcann and Senya Tirall. Nobody would succeed in this situation.

Vaylin is as good in combat as one can be.

Essentially, as far as I see it, Vaylin benefits from all of the scaling Revan does (through stomping KOTET Chapter 3 Outlander and then growing far more powerful) to a greater degree alongside having incredible feats of her own. The only shot Revan has is his super unique advantages, but I'm not convinced that they'll allow him to make up the combative difference - Vaylin's just too powerful.

@XSUPREMEXSKILLZ
Will be looking forward to it. 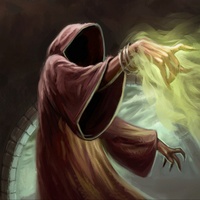 Vaylin wins. Revan might be more skilled and more experienced but Vaylin is much more powerful and much more combative. Overwhelming Arcann and Senya is better than anything Revan did.

Revan. Vaylin might possess greater power, but Revan is a superior warrior, is more intelligent, and has greater mastery and variety of abilities at his disposal, and Vaylin's power advantage isn't really that big, tbh. Revan's willpower focused immortality is is something I also don't see Vaylin being able to overcome, even if Vaylin manages to put Revan down once (and that's a big "if") she's going to be exhausted by the end, and Revan is going to stick around due to sheer will to finish her off.

Just when THEY all assume that THEY had beaten Vaylin, she gets back up with a smile and unleash a powerful Force Maelstrom with sheer force of will, an expression of power which begins to tear the entire setting apart and overwhelms everybody in the vicinity with the exception of The Outlander who benefitted tremendously from Valkorion anyways.

This woman has like endless reserves of energy in her.