Legends Grievous. MCU iterations of Marvel characters. Everyone at their peak. Hand-to-hand only, no weaponry.

1. Hawkeye and Black Widow
2. Spider-Man
3. Gamora and Nebula
4. Captain America and the Winter Soldier
5. Loki and Thor
6. The Hulk
7. Thanos
8. Kurse, Ronan the Accuser, the Hulkbuster, Quicksilver, Hela, and Cull Obsidian
9. Everyone in this gauntlet at once

@ILS I believe you were anxious to wank Grievous?

@Greysentinel365 You are also familiar with both Star Wars and the MCU. Mind chiming in?

1-7 are either oneshottable fodder that can't hope to hurt GG or are far too slow to comprehend his movements.

Would need to think about 8 and 9 more. 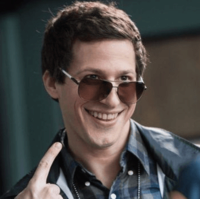 @ILS wrote:1-7 are either oneshottable fodder that can't hope to hurt GG or are far too slow to comprehend his movements.

Would need to think about 8 and 9 more.

Even if you assume he maintains the speed and character needed to avoid every single attack, how does he put down Thor, Hulk and Thanos?

The fact Az now has interest in the MCU further proves my theory that he has indeed abandoned the frontlines of star wars debating and now moved on to an inferior verse.

By smashing their faces in repeatedly or goring them. @lotl

@ILS wrote:By smashing their faces in repeatedly or goring them. @lotl

Why the tag? You likely have more information on him than I do

Oh woops I saw the default avi and assumed it was you. That was for @quorian debatist

@ILS wrote:By smashing their faces in repeatedly or goring them. @lotl

These guys strike with the capability to send each other careening hundreds of feet, severely damaging anything they hit. All of them can take Hulk's punches and Hulk just transforming is capable of doing this to something many hundreds of tons (it effortlessly rammed through buildings and we all remember 9/11):

As for piercing resistance, Hulk can tank a Gau-8 burst without getting pierced:

And a turret's side hull is:

Imagine the length of your dick, and apply that to the thickness of the armor.

So it's doubtful they can tear through Hulk at least. As for Thor, his piercing resistance should be much higher (than a Gau-8 at least) due to the PSI inflicted on him in the Island, and ship explosions he's survived. So while he doesn't have the one to one feats of "sharp objects" his feats show he should resist. This is just penetrating the skin too, it's not accounting for going through their muscles, or landing a kill shot.


And speed. Hulk can catch an RPG round while turning around:

It is launched by a gunpowder booster charge, giving it an initial speed of 115 metres per second, and creating a cloud of light grey-blue smoke that can give away the position of the shooter.[8] The rocket motor[9] ignites after 10 metres and sustains flight out to 500 metres at a maximum velocity of 295 metres per second.


We should note that 600 kilometers per hour have seemed to be a cap to all prior Sith and Jedi:

The Jedi Master ran over one hundred and sixty-five meters per second.

No one, not Jedi, not Sith, had ever duplicated such superhuman locomotion.

Was Obi-Wan flying? He didn't know.

I know, I know, travel speed. But this places a severe limiter to the speeds Grievous can move in battle. If his max running speed is capped at a level below that which Hulk can simply grab in mid-air, then it's doubtful he can zip all around Hulk at speeds in which he is simply incapable of reacting to. This is also excluding his reach, and the sheer area he covers with a grab or hook. So how long can Grievous avoid a 6-foot arm that can react at speeds faster than GG can move at max running speeds?
Thor is portrayed as faster in combat than Hulk, and Thanos was portrayed to be even faster than Hulk as well.

While his hand speed may be faster, it's not in their nature to be on the defense the entire time (nor is it in GG's), so if his body can't actually move at speeds that would be totally beyond their comprehension, then he is not untouchable, and they can simply tank a few attacks - assuming he's even faster - to land theirs. Remember, there are no lightsabers that they have to be mindful of and react to every blow. They just have to react to where his body is.
Thor on that note does have lightsaber like deflection of blasts with the Chitauri guns, Ultron's blasts, and the like.

All they have to do is just walk forward and look to land. We have to assume GG can hit in excess of Hulk's strength, move at speeds far greater than they can react to, and can gore them to a point that completely incapacitates them for him to win. And he can do that while avoiding, or even tanking their attacks.

Is that comic part of the MCU?

It's from MARVEL'S THE AVENGERS: THE AVENGERS INITIATIVE, but it lacks the official tie-in stamp, as it was made before that was a thing. It does end the issue with "Continued in theatres" so it should count.

If not, Abomination surpassed that feat in the movie anyway. He wasn't portrayed as way faster than Hulk, but it just wasn't something Hulk himself did so I didn't use it.

Interdasking argument. Captain America must be one fast little bitch on account of all that.

If GG uses his brain he can possibly win, he can outmaneuver everyone here,  thing is, It's most likely that he will try and face everyone head on, stops at five, would clear with lightsabers

Stops at 2. Peter rips his part off.

Either way, he stops hard at Hela.

Loses to Gamora and Nebula and the duo should be way above Cap and Bucky. Also Loki and Thor duo has a real low place tbh.

Honestly, he could stop at 2. Otherwise he can't do much to Thor at 5.