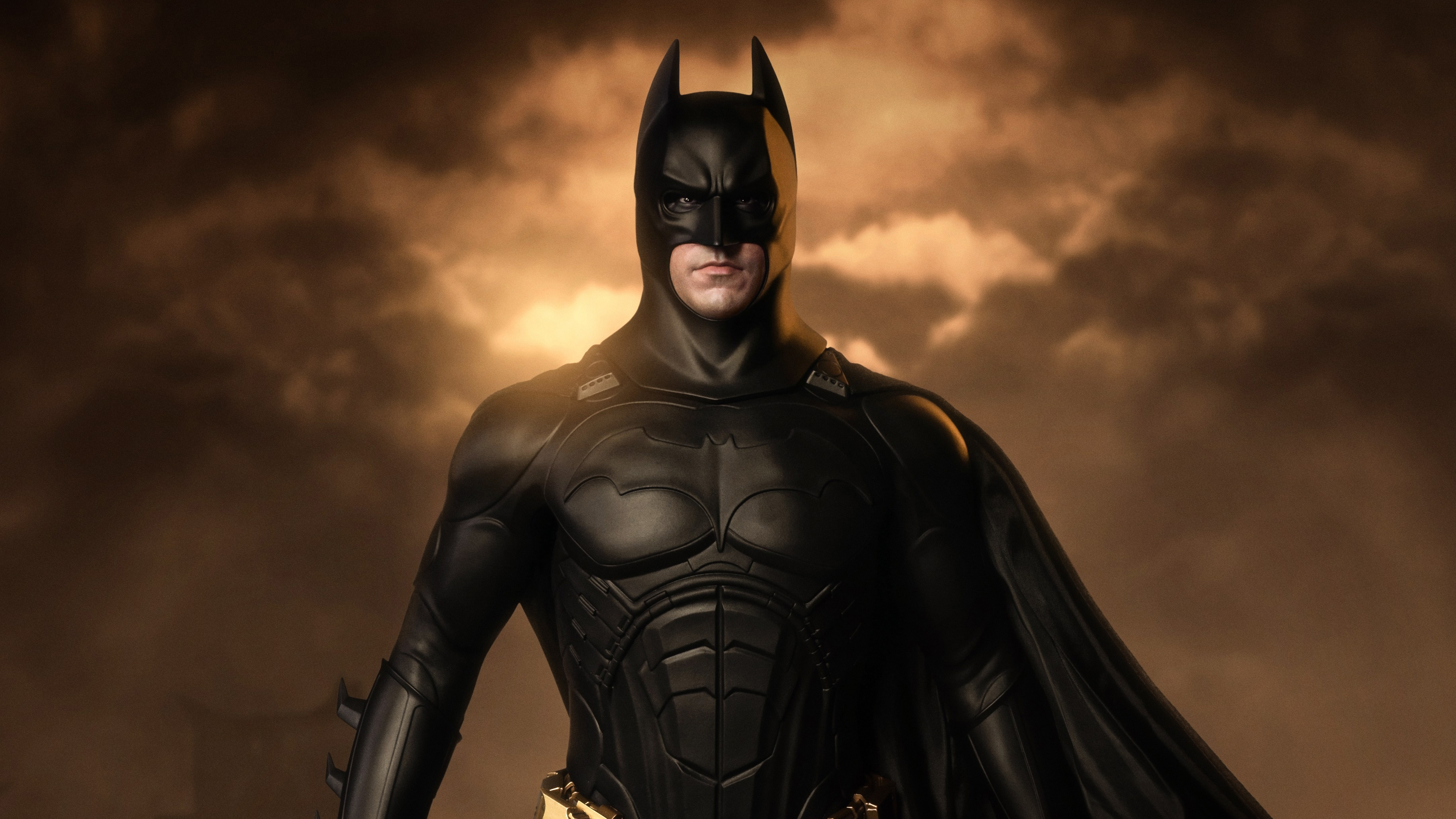 Batman was of Batman Begins fights Peter Parker as of Spider-Man 3, Peter has his traditional red and blue suit.

Bonus round: They're both fighting with lethal intent and will use any tactics to achieve victory.

has Bruce ever fought somebody nearly as fast as Tobey?

like seriously, Tobey is way too fast for a guy who has great fights with Bane

I don't think Maguire can speed blitz Bale unless if he was going in for the kill, and it would probably only happen if they were fighting in close quarters. This is BB Bruce, who is at his physical peak, not TDKR Bruce. You also need to consider Batman's ultrasonic bat beacon, which could potentially distract and confuse Spider-Man enough for Bruce to do some other shit to knock out his opponent. Heck just imagine if all these bats wanted to eat Spider-Man.

Batman's skill nor strategies can match Peter's tenacity, speed and power. I don't see Bats being able to harm Peter. Peter dodges way more lethal gadgets being thrown at him and tanks immensely powerful strikes, just like Sand Giant's blows despite being immobilized by Venom. Batman struggles with Bane. There is no outcome where Batman can outsmart Peter or match him.

Batman's skill nor strategies can match Peter's tenacity, speed and power. I don't see Bats being able to harm Peter. Peter dodges way more lethal gadgets being thrown at him and tanks immensely powerful strikes, just like Sand Giant's blows despite being immobilized by Venom. Batman struggles with Bane. There is no outcome where Batman can outsmart Peter or match him.

OK I am getting tired of hearing "Batman struggled with Bane" and I'll just repeat what I said in another thread about this:

1. Bruce in TDKR, is past his physical peak, not only because he has aged nearly a decade (BB Bruce is 30, TDKR Bruce is 39), but his past experiences of crime fighting has left him in weaker physical shape, which is conveyed in his hospital appointment with Thomas Lennon, who says "that's because there is no cartilage in your knee, and not much of any use in your elbows or your shoulders. Between that and the scar tissue on your kidneys, the residual concussive damage to your brain tissue, and the general scarred-over quality of your body, I cannot recommend that you go heliskiing, Mr. Wayne" i.e. Bruce at this point has concusive brain damage, has no cartilage in his knees, barely any in his elbows and shoulders, has scars on his kidneys and scars all over his internal body components. This is also echoed when he fights Bane, because during that fight, Bruce is blindly bullrushing Bane with everything he's got, basically trying to physically overpower him, failing miserably, and Bane says "You fight like a younger man, with nothing held back. Admirable, but mistaken" i.e. Bruce fights like he views himself as a younger man i.e. when he first put in the cowl, but he doesn't have the body of a younger man anymore due to age, his experiences of crime fighting taking toll on his body (e.g. getting stabbed by the Joker twice, falling into a car with Rachel, his fall at the end of TDK making him limp), and on top of all that, he has been through an 8 year hiatus, a hiatus where he hasn't exercised or continued honing his skills, and he also fell into the depths of depression over Rachel's death, all of that would just exponentionally atrophy his body. Bruce burns himself out when trying to overpower Bane in their first fight because his body has atrophied, and there's also the possibility that he was rusty. BB Bruce granted, is using a suit that's not as flexible as his TDK/TDKR suit, but he's in far better shape than his TDRK self, he is stronger, bigger, tougher, more brutal and more in practise than he was in the whole of TKDR. Bruce as of BB is also at his mental apex, which I will cover in my next paragraph:

2. Bruce was complacent and overconfident when he fought Bane in the tunnel, throughout the film Bruce has a character arc where he learns how to use fear to empower himself and bring himself back to his mental apex. In his first fight with Bane, Bruce has no fear in him, fear is what keeps you alive, fear is what can give you strength to overcome obstacles, fear of death is what gives you a new purpose, fear lets you recognise you need help. Bane notices this mental miscalculation when he says "Peace has cost you your strength, victory has defeated you" i.e. Bruce isn't at the apex of his mental state anymore, what made Bruce such a force to be reckoneed with in his early career as Batman was that he was highly ambitious and motivated by rage at Gotham's criminals. But he retired for 8 years, during that hiatus, Gotham was in a state of peace, so Bruce's motivation and rage diminished and died down, but at the same time, Bruce didn't have much to do, he had a goal of sharing a life with Rachel, but she died thanks to some anarchist. Bane however, is ambitious for a clear goal in mind; to fulfil Ra's al Ghul's destiny by bringing Gotham to destruction, so he's a lot more motivated than Bruce, who has only just come out of 8 years of hiatus. BB Bruce would not have this mental shortcoming because he's hungerier, more motivated, more ambitious, fights with more conviction. Granted, Bruce does bring himself back to his mental apex after making the climb and having his back fixed, but this doesn't mean that he's back to his physical apex, because nothing has fixed his concusive brain damage, his knees didn't didn't get any new cartilage, nor did his elbows and shoulders, and none of the scars on his kidneys and internal body components healed, there's no reason to assume they did.

Without even lowballing Batman, there's no way he physically CAN knock out Spiderman. He casually tanks a moving train hitting him in the face, falling down a skyscraper and landing on a train, tanking multiple hits from metal arms that can oneshot through steel and lift a vault door. (These are all from Spiderman 2 since thats the freshest in memory)