Starkiller is sub-Vader, and therefore trash. 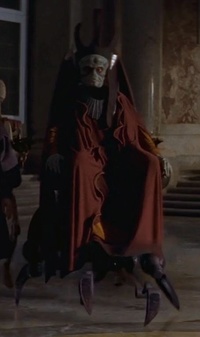 In my opinion, superiority to 9 ABY Luke seals the deal:


Artoo whistled thoughtfully. “Right,” Luke agreed ruefully. “It didn’t bother me any to have Ben around—in fact, I wish he had talked to me more often. But Master C’baoth was a lot more powerful than I was. Maybe it was different with him.”

Skywalker was good, all right. With the strange buzzing pressure in his mind he must have known he couldn’t match C’baoth strength for strength. Mara felt the subtle change in his concentration; and suddenly he swung his own lightsaber over his shoulder, the green-white blade scything toward a point midway along the other lightsaber handle.


In my opinion, superiority to 9 ABY Luke seals the deal:

Why does that "seal the deal", in your opinion?

@IG I want to see EC argue that if that's his reasoning. Do not interfere.

If you don't agree, then feel free to tell me why you believe Starkiller wins


Joruus and Starkiller are very similar in that they are disproportionally strong in the force compared to sabers.

The difference being that Starkiller actually uses a Lightsaber in combat, and is still shown to be pretty good with one despite this. Relevance to this matchup? Well, you don't just need to prove Joruus is more powerful, you need to prove he's much more powerful because in order to win this fight he needs to be able to abuse his Force advantage well enough that Starkiller can't close the distance.

Why is it more impressive? Quantify these gaps and show me how they create a ragdoll gap between TFU Vader and Joruus. Then we can discuss how much better that makes him than SK, and whether it's enough to make up for his lack of a Lightsaber.


If you don't agree, then feel free to tell me why you believe Starkiller wins

SK's raw power is decisively above Joruus's, in my opinion, and unlike other combatants, Joruus doesn't have an advantage in combative ability to compensate:

-SK has been shown to atomise half of a 300m frigate, re-direct an ISD, etc, all raw power feats that Joruus has never shown the capacity to replicate.
-SK has defended against Sidious's Lightning for up to 30 seconds and closed the distance between them, once again showing raw power that Joruus simply doesn't have.

The latter feat is especially important. If Sidious can go for 30 seconds without overwhelming SK with Force Lightning there's no reason to assume Joruus is remotely capable of stopping SK from getting in close - by which point SK's victory is assured. 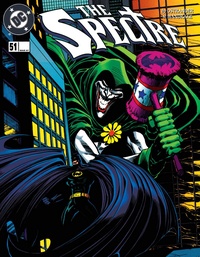 @The God Emperor wrote:Joruus crushes him