First things first, I have never made one of these, so Ill let Graecus post the rules, conditions, and what not below. We'll discuss who goes first in a later time.

Both in the primes, so Kenobi during his fight against Anakin in Mustafar, focus and all that taken into account. Volfe is not a very detailed character, so Im sorry if I cannot make ends meet in some instances, and might have to assume things from time to time.

I personally take the following into account when thinking of two colliding characters:

Experience (people underestimate this, but its quite useful when meeting new enemies, as it might grant the more experience fighter a greater range of moves, ideas, tactics, and also how to deal with other, before-seen techniques, tactics, and such things, even if they do not have the ability to do so themselves- Kenobi for example, is a great user of experience, when dealing with tougher enemies), intelligence (unless the intelligence gap is big, this likely will not come into play, which i think is the case here), skill with the force (tells us how well they can fight under with pressure the force, as using the force mid duel, for example, is no easy feat, also how far their precog can go, or pretty much, how advanced their abilities are), application with the force (different from skill, as any normal force user with enough strength in the force can easily use it, but may not be skilled with it at all, while skill takes into account, for example, how fast one may learn new techniques, how well they can use it, how well they did when making a holocron, etc, while in a battle, it might mean how well can spam force powers, and how often), how many abilities one has in at their disposal (takes into account variety and versatility, how many ways they can fight an enemy using different force powers, etc), martial skills (self explanatory, how well one fights without the force, as a more skilled character can evenly fight a faster, stronger, blah blah blah opponent, if said opponent is less skilled. Kenobi is clearly superior, so my argument will be that Volfe will not be stomped in a duel, and that he will beat Kenobi using the force), and physical stats (also self explanatory- strength, speed, durability, stamina, and such things).

yes? duh lol quinlan may have been under the effects of BM when their duel took place, but that only affects the fight when the two opponents are equals. Volfe was already far above quinlan when it happened, which did nothing more than even them out, which proved that quinlan was his superior. well, idk wanna say obi wan is his far superior tbh, now that i think about it. the final fight they had was a lot like maul vs obi in rebels, it had the samurai effect to it, so maybe volfe isnt as unskilled as i picture him to be.

hey, im honest, but im also lazy, so i wont waste my time either lmaoooooo

Rules will follow the standard guidelines of the forum, summarised below:

(1) All formal and informal policies of Lucas Licensing as of September 2012, including the internal continuity rankings of the Holocron, are law. The rules include, but are not limited to, applicable and relevant material from the following link: http://www.st-vsw.net/CanonWars/SWCanonquotes2.html#Licensing.

(2) The combatants will fight in-character, with morals on, and are at their peak combative state bar external amps or other circumstantial power boosts. They will start 100 meters away from each other on open grass fields. Victory necessitates permanently killing or destroying the physical body of the opponent.

In addition to this,  Feats take precedent over directly and indisputably contradicted statements. Quotes are binding and have no expiration date unless directly or subtextually contradicted. For the latter, such a case must be made within the debate itself. All letter or number statistics ascribed to characters from C-Canon sources, including role-playing games and trading cards, are banned.

There will be four posts each, an opener, two rebuttals, and a finisher. There are no character limits, unless my opponent wishes to add any, and that's pretty much it. 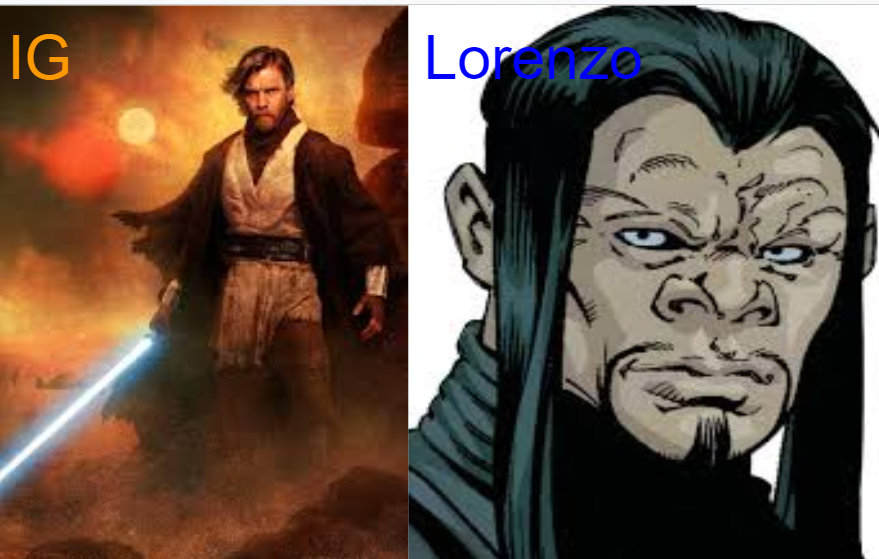 It's pretty good actually. U go first, or do I?

I said I’d open, if that’s alright with you. I already started working on an opener lmao.

Then go right ahead

We haven't even started yet lol