Darth Sidious vs The Son 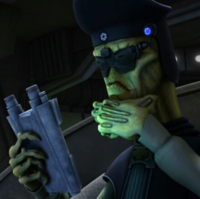 Wankatine is the greatest of all time.

I'm ragdolling all opposition at 1% of my maximum power.

I endorse everything Jake has said so far regarding Lucas' statement.

About 5% of the arguments I've laid out have been addressed, and those counters all fell far short of the mark.

So let me get this right, you say that Palpatine's Force Storms threaten the whole Galaxy? Well I mean sure, I guess. But only if you mean in the same way Nihilus or Valkorion do. Nihilus and Valk could keep on draining/using his ritual to continually grow their own power until they can eat up galaxies, but they need a lot of time to do so. Palpatine could destroy the entire galaxy if he was given ample time to produce Force Storms. His biggest Storm was when he ate a fleet on Da Soocha. Impressive sure, but even with that he isn't even destroying an entire Solar System in less than a few days. So yes, technically speaking he does pose a threat to the entire Galaxy, but it would take so long for him to be a legitimate danger that it's entirely irrelevant. I would also like to point out that Mother Talzin channeled only a small part of Son's power (all she was capable of doing) and contended with Palpatine.

So you said that, and yet you also claim that you're just a God at debating? Ok.

When did Talzin channel the Son?

Uh? Son of Dathomir? Talzin gets all of her power from the Son/Daughter specifically, just like all of the Night Sisters.

I genuinely think a fair case could be made either way. I'm not familiar with FotJ or Crucible, but it's possible one could cook something with Abeloth since she's confirmed to be more powerful than Luke and weaker than the Son. On the other hand, Sheev has Force storms.

No realistic argument can be made for Palpatine defeating the Son conventionally (aka without Force storms). DE Luke with a modest amp defeated Palpatine conventionally, while an incalculably stronger FotJ Luke could not by himself defeat FotJ Abeloth, who was far weaker than The Son. Even if you subscribe to the theory that Palpatine's "full power" can only be manifested via Force storms, that doesn't change the fact that what he can practically manifest without storms can't stand up to The Son in the slightest.

As for Force storms, it's unclear what would happen if Palpatine dropped one on the Son. I kind of doubt that it would defeat him given that he's powerful enough to threaten the fabric of the universe according to the Father. In either case, within most contexts Sidious probably wouldn't even get the chance to use one.

Can the Son even be killed by Force abilities? AFAIK only the Mortis dagger could kill him or render him mortal.