Could go either way, honestly. If Qui-Gon stays on the offensive and ends this quickly, he wins. If it's a drawn out battle, Kit beats him. They're around the same skill level with Jinn having the edge in skill, IMO. However, Kit simply has better physicals, including in speed feats and stamina.

I agree with Jinn having a technical edge over Fisto actually

I think the edge is a bit more than slight in technical skill honestly.

Meatpants wrote:I think the edge is a bit more than slight in technical skill honestly.

Yeah, as soon as I posted it I went back and changed it as it wasn't what I meant.

@CuckedCurry wrote:Bro I don’t feel confident in my claims, I feel certain in my statements. I know Fisto would beat Maul, because all the evidence points to this being the case. No Maul acceptance speed will be sufficient enough for me to change my mind, because I’ve accepted that Maul is incredibly underwhelming. It’s time that you did the same

I did read your response, and basically found nothing meaty to respond to, it was basically a Maul wank piece. Ignoring important points like connection v skill based fighting, Kenobi’s improvements and Fisto’s vast domination of CD Kenobi caused me to just ignore most of it. And the Gillard/Lucas shit was the icing on the cake laddy

This isn't Movies or EU only. EU does nothing to object to Maul being better than Fisto

It's arguable that Qui-Gon is more powerful than Kit Fisto of course.

Meatpants wrote:It's arguable that Qui-Gon is more powerful than Kit Fisto of course.

Hmm, definitely arguable. Kit reacted to a speedblitz from Sheev after just having two of his closest friends killed and while shocked which makes me think he has the edge in speed, but Jinn has better raw power feats.

The thing is that even if Fisto edges in speed, Jinn edges in strength and power.

True, which is why I think if the duel is short he'll win for certain, but if it's longer his stamina will let him down and give Kit the edge.

Superior power = superior augmentation. I don't think Jinn is slow either, so he wins imo.

I thought I taught you better than that, I don’t work my ass of for you to go to school and for you to still end up retarded.

MP won me over, Fisto dies.

You slapped in this debate tbh, MP. Fisto still dies.

Jinn claps Fisto's sack tbh. He has better accolades, scaling and feats across the board. 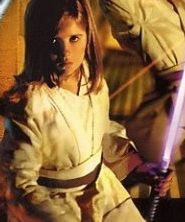 Still, Fisto especially if he abuses his agility advantage, he's too slick for Jinn. Whenever Maul abused his agility he was winning strong and completely nullified the duo's offense and momentum, such as in the hangar bay, it's only when they fought in exchanges in a tight area where Maul couldn't dance around as much, was it more competitive and Jinn was able to employ his own strengths, as he is a strong come forward fighter. Some of my views have changed since my clashs with MP but this one has remained the same.

Yeah, unfortunately Fisto is not Darth Maul. You could sub in Fisto's name with Aayla Secura and your argument would make about the same amount of sense.

@ILS wrote:Yeah, unfortunately Fisto is not Darth Maul. You could sub in Fisto's name with Aayla Secura and your argument would make about the same amount of sense.

Not really. I think we can all agree Fisto is at a higher level than Secura in general. Fisto probably isn't outclassing Jinn but he does have favorable physical attributes, that being speed, agility, and elusiveness, which would give him the edge in a stylistic match up. They're close enough in levels that the physicals will make the difference.

It's not like Maul is the only one named character who gave Jinn difficulty, the similarly slick Aura Sing also gave Jinn a brief bit of trouble even flooring him before making her escape and she's around the same class as Secura.

Agility was a noted factor in Maul's advantage over Jinn in addition to his superior skill and conditioning:

The Darth Maul Journal wrote:"I accelerate my pace, calling on my anger to increase my power. My footwork has never been so brilliant. I use the shifting sand as resistance. My lightness and quickness will defeat this man, with his large body, his heavy movements."

TPM Novel wrote:"Wheeling and spinning, leaping and somersaulting with astonishing ease, their enemy was taking them with him, drawing them on to a place of his own choosing. His agility and dexterity allowed him to keep them both at bay, constantly attacking while at the same time effectively blunting their counterattacks, relentlessly searching for an opening in their defence."

and I don't think it's a coincidence that when Maul stopped relying on his agility and the contest became a head-to-head exchange in the pocket the battle got more competitive and less one-sided, Sing a less skilled character than Jinn was able to use her slickness to great effect against the slower less nimble Jinn.

Jinn's in the class of an older warrior who still has his skill and retains his great strength but lost significant speed and mobility. He can compensate to an extent with experience but it only goes so far:

Jedi Apprentice: Captive Temple wrote:"Your age is slowing you down Qui-Gon" Xanatos panted. "Five years ago you would have dispatched me inside the security chamber. Now I am faster than you."

I know Force users don't deteriorate to the same extent as real-life fighters as they age, but the aging process is still a real thing even in Star Wars, there are plenty of noted examples. Not talking about you in particular but a lot of forum members act like the only thing Force users lose as they age is stamina, but it's not, they also loose mobility and overall athleticism, presumably resiliency too, though it can be compensated to a certain extent depending how powerful you are, only Dooku, Yoda, and Sidious have really been powerful enough to seemingly circumvent old age and even then only to a certain extent as even Yoda's noted to have slowed down in the years Mace knew him.

I'm not disagreeing with you that Jinn lost mobility. Maul's agility is a tertiary reason at best why he defeated Jinn, as it was noted repeatedly that Jinn's competing strength and skill were largely why he hung in there, along with his savant ability to intuit his opponents moves well in advance by listening to the Living Force, something Fisto is not noted for. Maul's underhanded face smash at the end, along with Jinn tiring (which again is almost purely a result of Maul - he didn't become tired merely because he is old), is a large part of why he won: Jinn was not expecting such an unconventional and crude type of attack.

Anyway, point being, there is a hell of a lot more at play here than just agility to explain both why Maul won and why Jinn lasted as long as he did. If you want to provide a more substantive case, feel free.

Kit Fisto annihilates him in canon